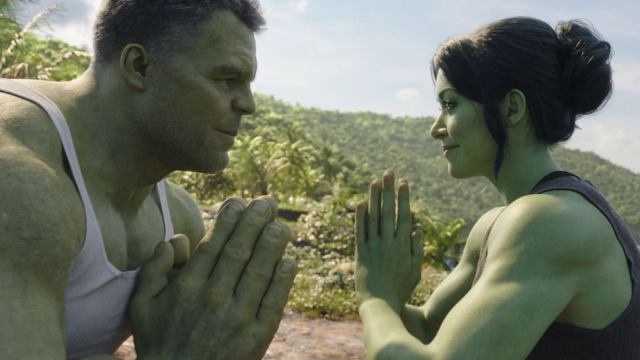 The Marvel Cinematic Universe timeline can be rather confusing, so it’s a joy to learn that She-Hulk: Attorney at Law’s showrunner has confirmed where exactly it fits in this universe.

Nobody is still quite certain where Phase Four fits in with each other, but thankfully, She-Hulk showrunner Jessica Gao has given some much needed clarity to the mess that is Marvel’s timeline.

Speaking to TVline, the former Rick and Morty writer confirmed that the series is set in the aftermath of Shang Chi and the Legend of the Ten Rings.

“It’s not too far [in relation to events of Shang-Chi], it’s not, like, years later. It’s a relatively short amount of time.”

While it’s vague, it’s definitive confirmation it’s after Shang-Chi. From there, we can work out it also is set before the events of Spider-Man: No Way Home, Hawkeye, and Eternals. The timeline has gotten more muddied as the films and series come out, and also doesn’t help fans who have concerns over why, for example, no one ever talks about the giant robot hand sticking out of Earth in Eternals.

Meanwhile, the events of Doctor Strange in the Multiverse of Madness are clearly set sometime after Spider-Man: No Way Home, with the good doctor referencing the multiverse shenanigans in passing to America Chavez. Throw into the mix Moon Knight as well as Ms. Marvel, though, and you suddenly have more questions about the timeline.

She-Hulk will feature Wong and the Abomination, who were both last seen in Shang-Chi fighting it out in a Hong Kong cage match. Phase Wong is truly still ongoing.

She-Hulk is set to debut Aug. 18 exclusively on Disney Plus.