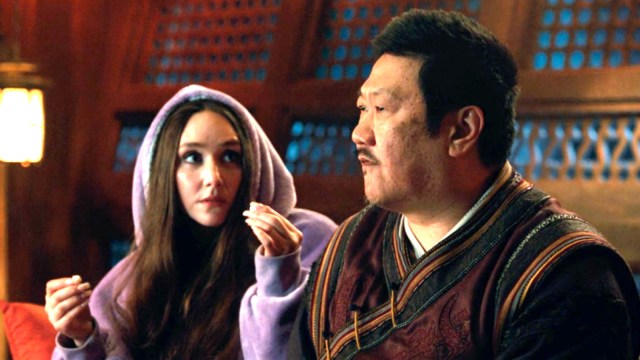 Disney Plus series She-Hulk: Attorney at Law might be the lowest-rated Marvel Cinematic Universe project ever in terms of its Rotten Tomatoes audience score, but we can put a lot of that down to the sustained trolling campaign that’s been targeting the show since before the first episode even dropped, as opposed to a reflection of the legal comedy’s quality.

Sure, the adventures of Tatiana Maslany’s Jennifer Walters aren’t going to be for everyone, but those to have given She-Hulk the benefit of the doubt have largely found themselves won over. It’s weird, wonderful, and more than a little strange, with all three of those elements combining wonderfully to give us the gift of Patty Guggenheim’s Madisynn.

Exploding onto the scene like a tornado, Wong’s new BFF was fittingly a force of nature, stealing every scene she was in. It’s hard to gauge how popular a new addition is going to be before they’ve actually shown up, but a freshly-published interview lead writer Jessica Gao gave to Inverse (which was initially conducted long before the premiere), underlines just how confident the creative team was in Madisynn.

“I’m very grateful to [Coiro]. She’s the one who cast one of my favorite characters, [and it’s] because of the person she cast. She was responsible for the casting of, I will say, Wong’s friend. And I am eternally grateful to her for casting this person because, I mean, truly, I really believe this is gonna become a fan favorite character.”

Guggenheim was fantastic in the role, and just like Gao predicted, Madisynn was a firm favorite among She-Hulk stans by the time she’d ended her first line of dialogue. Sometimes, these things just work to create magic, and that was definitely the case with Wongers’ new BFF.