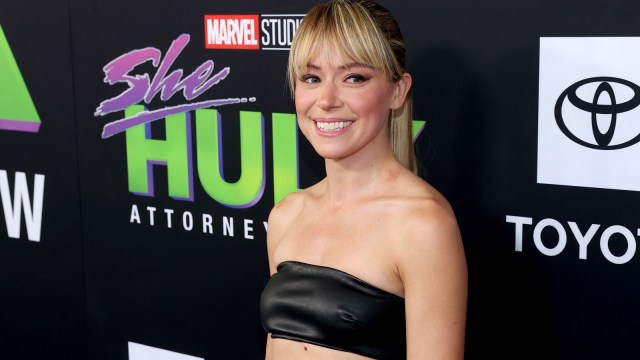 We’ve become accustomed to actors to get supremely jacked for their roles in the superhero genre, a practice that arguably gained real traction when Hugh Jackman continued to get increasingly shredded each time he played Wolverine. These days, it’s par for the course to see bulging biceps and ripped abs for the obligatory shirtless scene, but She-Hulk: Attorney at Law star Tatiana Maslany isn’t having any of it.

While it certainly helps that the Orphan Black veteran has most of the heavy lifting done by the visual effects team, understandable when she doesn’t tower at over six feet tall or have green skin, the actress nonetheless called out the body standards that often come attached to comic book adaptations during an interview with Entertainment Tonight.

“I think that there’s a cultural obsession with the certain physique that goes along with these movies sometimes. I certainly fell prey to that idea, and I definitely don’t think it’s a thing that we should be pursuing because it’s just these weird standards that none of us can actually keep up with unless we’re going to the gym 1,000 times a week.

What I love about She-Hulk is that she represents a different body and a different perception from the outside. How people see her is so much a part of her story…That to me is really exciting conversation that can happen around this, which is: How do we look at someone differently depending on the body that they inhabit?”

Of course, it’s not as though the various names to have taken top billing in a Marvel or DC project are forced to get into impeccable condition, especially when history has shown you don’t need to be beefed up to bursting point in order to convince as a costumed crimefighter, but it’s somehow ended up becoming an accepted part of the medium over the years.

Given that the She-Hulk review-bombing started before the series even premiered, don’t be surprised if Maslany’s latest comments end up stirring up even more fury among the unsavory subset.