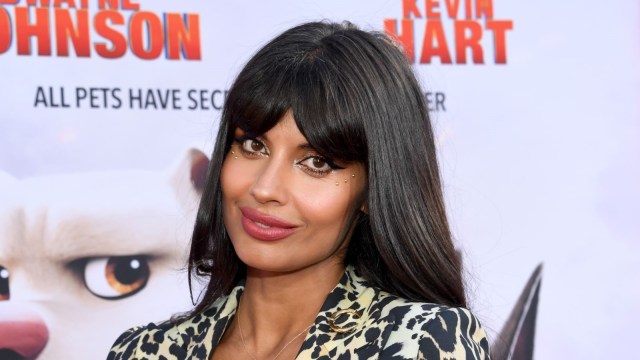 The Good Place star Jameela Jamil will make her MCU debut in She-Hulk: Attorney at Law in just under a month’s time and looks to have had a great experience at Comic-Con promoting the show. In keeping with the long tradition of stars walking the hall incognito, Jamil and a friend dressed up as Mario and Luigi and nobody realized who the lanky green plumber really was:

But along the way she also got to take a satisfying sniff of Ant-Man himself, Paul Rudd. According to Jamil he smelled like “eternal youth and pure joy”:

Assessing the smell of various celebrities is turning into something of a habit for Jamil, who nosed up to Keanu Reeves at the premiere of DC League of Super-Pets and assessed his aroma as being reminiscent “of dignity and goodwill”.

As The Good Place fans we’re psyched to see Jamil as Titania in She-Hulk: Attorney at Law. In Marvel comics Titania (aka Mary MacPherran) was a regular woman given metahuman powers by Doctor Doom, granting her incredible strength, stamina, and invincibility to physical attacks. Naturally that skillset makes her a fitting rival for Jennifer Walters, though over the years Titania has transitioned away from supervillainy and towards becoming more of an antihero.

Whether we’ll see Titania appear in the MCU beyond She-Hulk remains to be seen, so fingers crossed her first wall-smashing appearance goes down well.