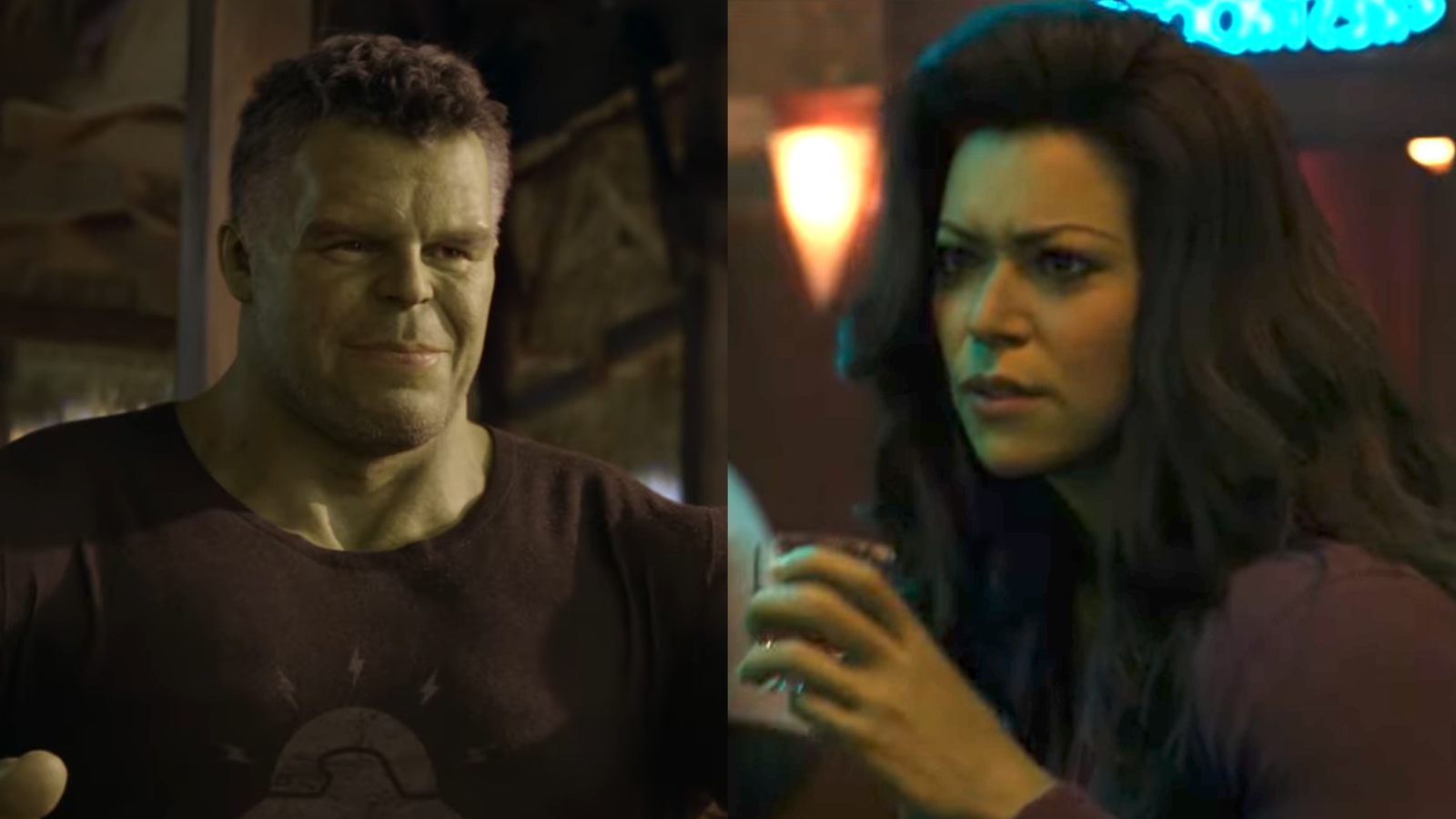 Now that the new trailer for She-Hulk: Attorney at Law has dropped, the analytics division of the vast Marvel Cinematic Universe is in overdrive, picking the first look apart in order to gloss every detail. And it seems like they may have confirmed the series is taking place before the events of Shang Chi and the Legend of the Ten Rings.

There’s a bit to unpack here, but it all hinges on the appearances of She-Hulk aka Jennifer Walters’ fellow gamma-ray mutates The Hulk, and The Abomination aka Jen’s cousin Bruce and mercenary Emil Blonsky respectively. Both appeared in Shang Chi. Bruce, appeared in his non-mutated Bruce Banner form, however, and not in his Hulk with Banner’s intelligence/Smart Hulk/Professor Hulk form that he appears in during Infinity War and Endgame.

Banner is still wearing his arm in a sling in Shang Chi, presumably nursing the same injury that occurred during Endgame when he snapped everyone who had disappeared during The Blip back into existence. But he is definitely in human form, despite having previously fused his personality into Hulk’s body. Eternals co-writer Matthew ‘Kaz’ Firpo confirmed to Screen Rant that Banner is no longer using his Smart Hulk form, stating, “Hulk is currently working on himself I think to make himself human rather than smart Hulk.”

Yet in the She-Hulk trailer, Banner is still sporting his hale and hearty Smart Hulk form with no broken limbs. This seems to indicate that the series is occurring during The Blip in the period after Banner and The Hulk fused into one.

As for Blonsky, the cell that we see him in during the trailer is a dead ringer for the cell that Wong escorts him to after their friendly duel in Xu Xialing’s underground fighting club. While that could mean that Blonsky was going there for the first time, Wong’s familiarity with Blonsky (and the fact that Benedict Wong is confirmed to appear in She-Hulk) seems to establish that he’s merely returning Blonsky to his old quarters.

Of course, everything is speculative at this point. Fans will find out for sure when She-Hulk: Attorney at Law debuts on Disney Plus on Aug. 17.