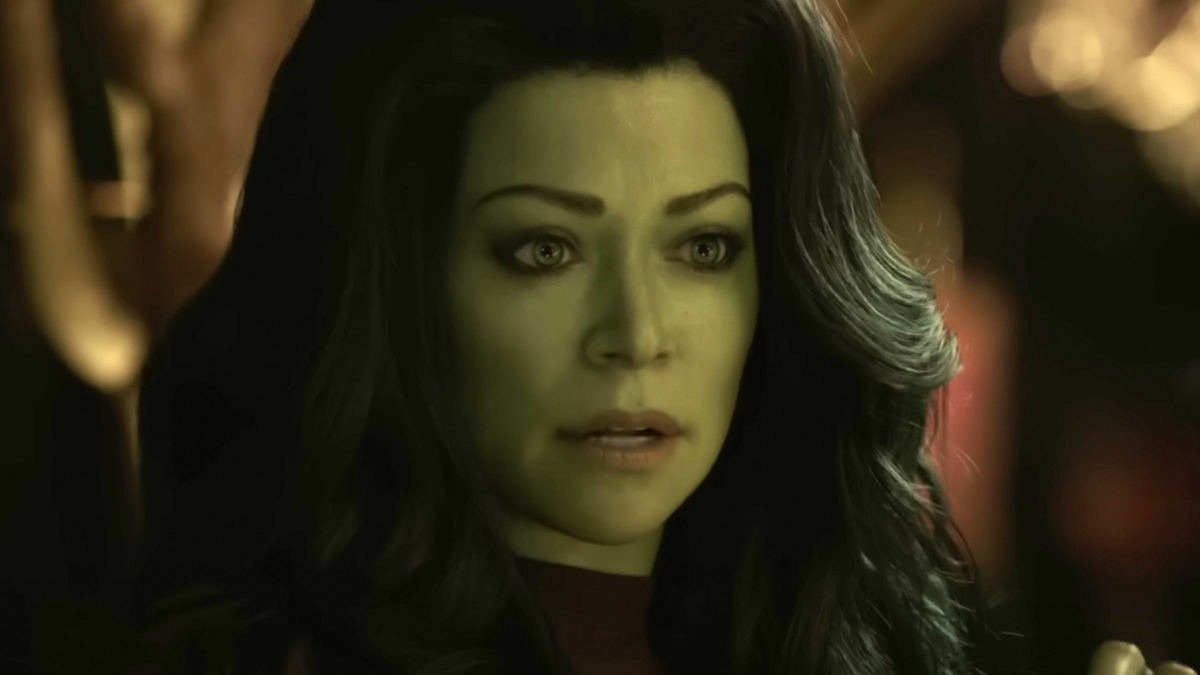 Jennifer Walters’ problems began to pile up in the latest episode of She-Hulk: Attorney at Law. This Thursday debuted episode three, “The People vs. Emil Blonsky.” The Jade Giantess had to convince a parole board to release Abomination, despite Wong whisking him out of jail for a quick cage match, as seen in Shang-Chi and the Legend of the Ten Rings. That’s not to mention dealing with the media’s increased interest in her private life.

Along with Blonsky’s case, there’s also an enigmatic big bad who seems to have it in for the superhero lawyer. When returning home at night, Jen is set upon by four thugs with advanced weaponry that was apparently stolen from an Asgardian construction worker. Naturally, She-Hulk is no match for them, but when licking their wounds after their embarrassingly short fight with Jen, they admit their “boss is gonna be mad” at their failure to acquire some of her blood.

Though not named on-screen, these useless crooks are the Wrecking Crew, and it seems they are working for an unknown employer who wants to get their hands on She-Hulk’s DNA, but who could be the crew’s mysterious boss?

Who are the main contenders?

There are various overarching villains operating in the MCU at the moment who could either conceivably have it in for She-Hulk or have the wherewithal to run their own criminal gang.

First of all, Contessa Valentina Allegra de Fontaine (Julia Louis-Dreyfus) is one possibility, seeing as we know she’s interested in assembling her own team of supervillains with powers equating to the Avengers. She’s already got the Captain America-like U.S. Agent and Black Widow Yelena Belova on her books, so maybe she’d want Jen’s blood to create her own Hulk.

Hold on. A dim-witted crew of thugs with a mystery boss? Haven’t we already seen this exact plot-line before in Hawkeye? Perhaps this is a deliberate callback to that show, and the Wrecking Crew is actually working for Kingpin (Vincent D’Onofrio), much as he employed the Tracksuit Mafia in that earlier series. Remember, Charlie Cox’s Daredevil is set to appear later this season.

Here’s a left-field idea: what if it’s Samuel Sterns (Tim Blake Nelson) aka the Leader, last seen in The Incredible Hulk? She-Hulk has brought Tim Roth’s Abomination back into the fold, so it’s not crazy to suggest it could finally explain what happened to Sterns after his cranium expanded, and he did have an obsession with Hulk blood.

These three contenders would make a certain amount of sense, but there’s a far more obvious option out there for the Wrecking Crew’s boss, and it’s possible that Marvel might have already spoiled the surprise.

The truth might’ve already been revealed

In the latest episode of Ask Marvel, in which Tatiana Maslany and Ginger Gonzaga answer Twitter users’ questions, some new behind-the-scenes footage from the series is featured. Appearing over Gonzaga laughing about the amount of impromptu dancing that occurs on set, a clip is played of Titania actress Jameela Jamil goofing around in between takes. Here’s a screenshot from the clip:

And who’s that standing in the shot with Jamil? It’s the Wrecking Crew, which seemingly confirms that it’s actually Titania who is the crew’s boss. Seeing as we’ve known all along that the super-powered influencer will serve as the show’s main villain, following her brief cameo in episode one, that probably shouldn’t come as the biggest surprise.

This shot also unveils that Titania and her boys will crash one of Blonsky’s meditation retreats — dubbed an “abomaste” — now that he’s free. Given that she failed to get Jen’s blood in episode three, it’s easy to imagine that Titania is going after Emil so she can retrieve some of his similarly gamma-irradiated plasma instead.

It seems likely that Titania’s main aim is to use some gamma’d-up blood to transform herself into a Hulk, given that she has Shulkie-level super-strength in the comics. It’s unclear at this point how she knew enough to target Jen at court in the pilot episode, but at least we can almost certainly say that Titania is the secret boss of the Wrecking crew.