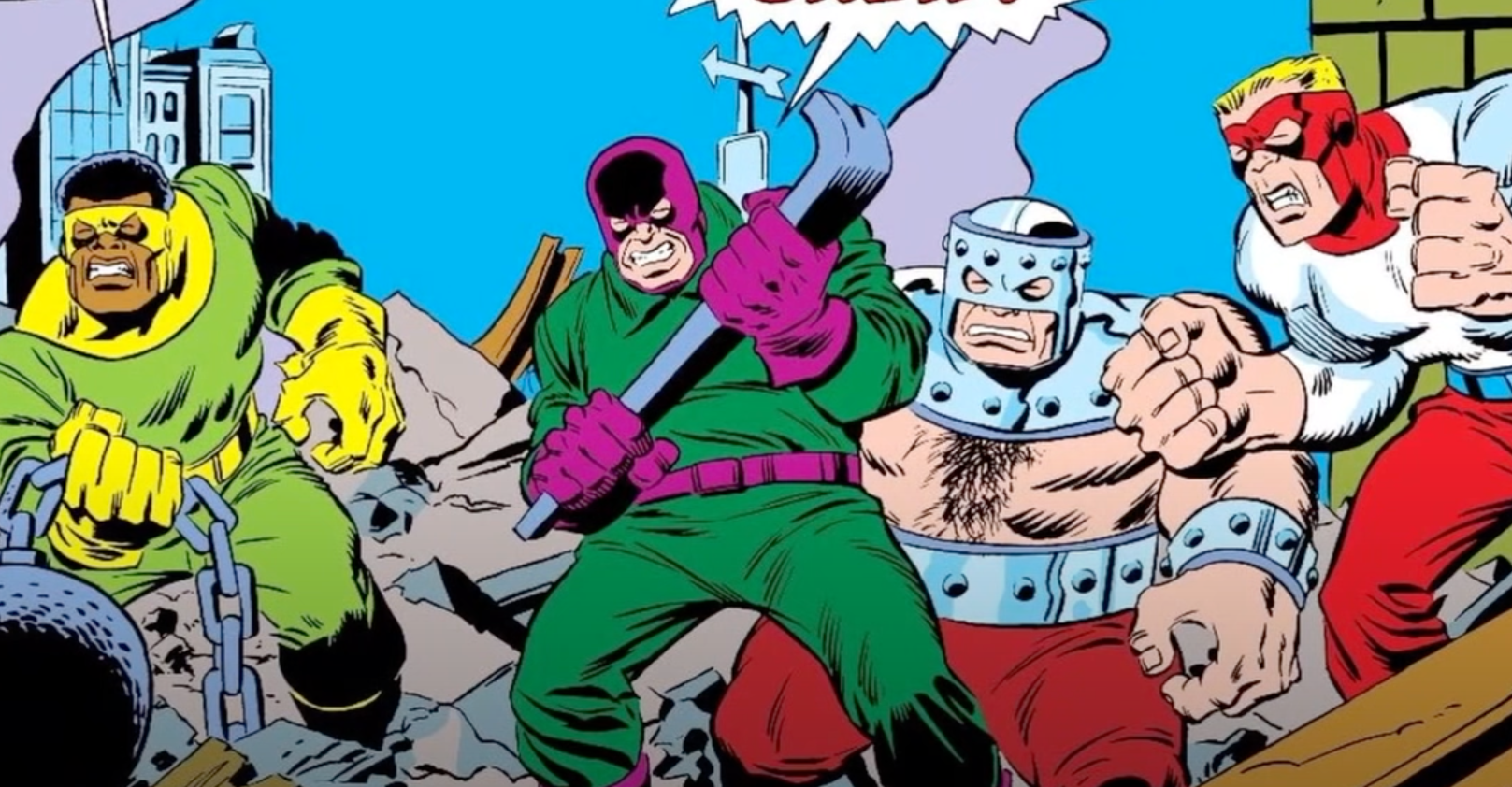 Screenshot via The Marvel Life/YouTube

She-Hulk: Attorney at Law is nearly ready to take that giant-sized Hulk leap into the MCU when the show debuts on Disney Plus next week. Details are already firming up over what surprises and cameos fans can expect especially in regards to which heroes and villains may appear in the show.

It’s already confirmed that Jen Walters, Esq. aka She-Hulk will be heading up her law firm’s new superpower law division which means she’ll almost certainly be running across a variety of heroes and villains as clients if not adversaries. Though w know She-Hulk will face off with her regular sparring partner Titania and will at least interact with her cousin The Hulk’s former antagonist, The Abomination, no other villain has been officially confirmed (although we have a pretty good idea about a few folks she’ll run into). Many fans are speculating that the gamma-irradiated attorney may encounter another regular adversary from the comics: The Wrecking Crew.

In the official trailer, a group of four guys appears to try and shake down the not-so-jolly green giantess as she walks down the street. Some sharper-eyed fans have noticed that the foursome appear to be wielding the same kind of weapons as the supervillainous quartet known as the wrecking crew, specifically a mystical crowbar and wrecking ball with what looks like Asgardian-style decoration on them. Also, one of the guys is wearing a T-shirt with a big “W” on it.

That said, they don’t look exactly like the canonical comic book Wrecking Crew. In the comic books, the group was formed by The Wrecker aka Dirk Garthwaite, a villain who had fought against Thor several times over the years after being granted mystical strength and invulnerability (not to mention a magic crowbar that he could wield like Mjolnir) by the Asgardian Norn Karnilla.

Garthwaite would later be thrown into prison and hatched a plan with three fellow inmates, Dr. Eliot Franklin, Henry Camp, and Brian Calusky, to regain his crowbar and his powers. The four manage to break out and free the crowbar, which Garthwaite used (with the help of a bolt of lightning) to transfer a portion of his powers to them.

Franklin became Thunderball and gained a mystical wrecking ball similar to The Wrecker’s crowbar. Camp became Bulldozer, aided by a mystical helmet that allows him to ram his enemies (not to mention private property throughout New York City). Calusky gained oversized super-fists and was known as Piledriver.

While they aren’t exactly the Masters of Evil, the Wrecking Crew has turned up off and on throughout Marvel Comics’ history to fight The Defenders, Spider-Man, The X-Men, and even The Avengers from time to time.

That being said, weapons aside, the onscreen version of the crew appears to have little in common visually with the Comic Book Wrecking Crew. The OG comic group looks like they spend any available second of time off either in the gym or injecting steroids and sport the typical spandex style of super-suits low-tier Marvel villains have sported since the 1960s. The MCU version looks a bit more like they might just ask you for change than they are to mug you. And they also look like they habitually skip leg day — and most of the other days too. The group sports fairly typical streetwear with a few bits of supervillain bling — and Bulldozer’s hat has changed from a head-encompassing studded helmet to a gold construction hat.

There’s no telling if the group will end up becoming a recurring threat in the series. That is if there’s anything left after Shulkie gets done dealing with them in the first place.

She-Hulk: Attorney at Law will be available for streaming on Aug. 18.