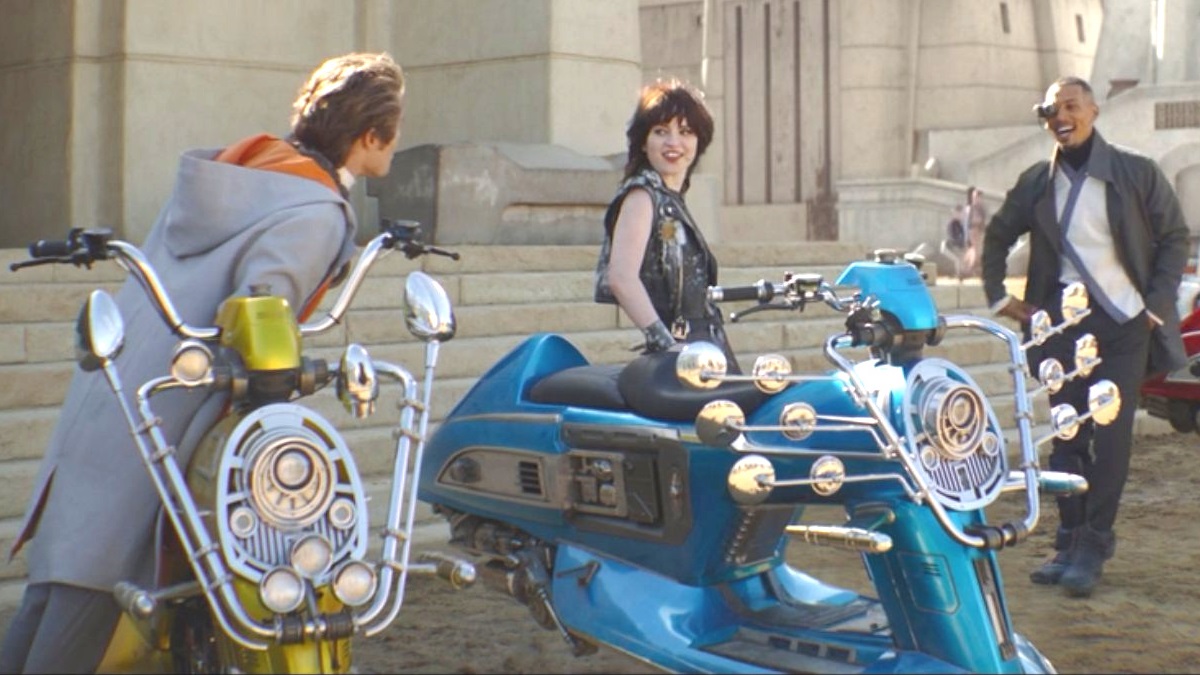 Some things in pop culture are especially hard to forget. Case in point: there’s a part of the Disney Plus show, The Book of Boba Fett, that rubbed fans the wrong way: the colorful biker gang. Over on the subreddit r/StarWars, fans didn’t hold back.

Before we get into it, here’s a refresher. The gang is a group of Tatooine street kids in colorful Vespa-like hovering scooters. They kind of looked like Power Rangers. The group helps out Boba Fett, and there’s a much-maligned chase scene to go along with that.

The thread is titled, “New Star Wars is ruined by too many humans.” Take a look below.

Another user, TA-175, said it was the presentation that ruined it. “Too clean. Needs to be grittier. Rusty droid parts and swoop bikes, less skincare, sand everywhere. It might’ve passed then.”

User chr155 simply pointed out what we’re all thinking: scooters are lame. “It’s the damn moped speeders they’re so freaking lame lol. They tried so hard to make that chase scene cool but it was doomed the moment they chose hover scooters.”

User static1053 wrote, “They belonged in a b-list 80s movie,” which is pretty easy to agree with. Others, like Duubzz, said the whole thing would’ve been less cringey if they were “… Twileks or something. Or if their speeders had gone above 20 perhaps.”

User Kikaider01 explained that everything would’ve been fine if only the speeder chase scene looked better. Common complaints? It was too slow and just plain looked weird.

“Everything would have worked, even the bright colors… if that speeder chase had been epic. It needed to be dizzyingly fast, like the chase on Endor… instead, it looked like they were doing it with practical effects (like the original land speeder on Tatooine), like it was filmed with real wheeled scooters, the wheels removed digitally. That might not be what they did! But if it isn’t, then they put a lot of work into making those “speeders” move like Vespas. It felt like motor scooter vs. station wagon on congested city streets. We would all have said “yeah, I guess those guys are OK” if that chase had whipped along at blurring speeds, hyperkinetic and improbably agile… but nope. And with that missed opportunity, they’re just a bunch of mods on funny Vespas after all.”

User David_Umstattd pointed out that maybe the problem isn’t the humans in the show. “It’s not the humans. There’s just a lot of other problems.” User Iamwopc took it a step further: “Star Wars fandom is also ruined by too many humans.”