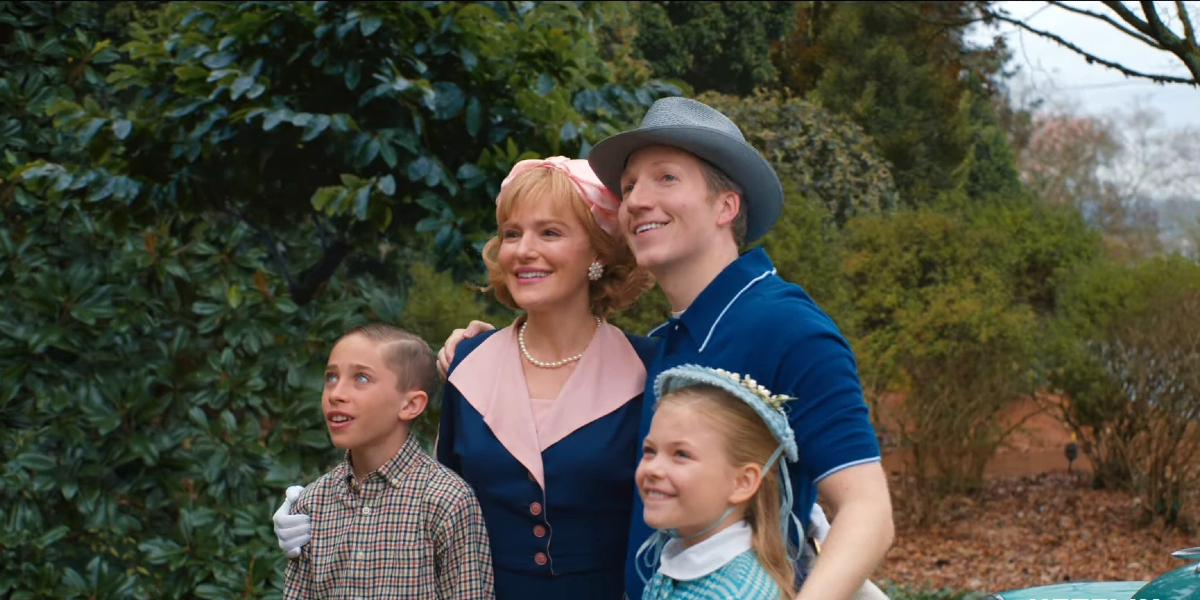 Stranger Things season 4 is filled with twists, in connection to the real identity of Vecna and the mystery of the Creel house, in particular. The Creel House was an integral part of the marketing for Stranger Things, as the trailers glimpsed part of the gang breaking into the space, which housed an ominous-looking clock inside.

Victor Creel, played by horror legend Robert Englund, has been posited as a seminal figure in the context of the events at Hawkins, as the man has had a purported history of murdering his own family.

The fate of the Creel family is perhaps one of the saddest aspects of this season, as we witness a seemingly happy family disintegrate after a string of events. In order to understand Creel better, Nancy (Natalia Dyer) and Robin (Maya Hawke) visit Creel at the Pennhurst Mental Hospital, where he is currently kept. A lot is revealed during this sequence in terms of what happened in the Creel house, and this combined with the reveal at the end explains the fates of Victor and Henry Creel.

Here’s a deep dive into what happened to them.

The dreary events at Creel House

The Creels moved into what came to be known as the Creel residence at Hawkins in 1959, and everything seemed peaceful for the first few weeks of their stay. However, as time passed, strange events started to occur: animals around the house started dropping dead, lights would flicker in ominous ways, and events that can be termed as supernatural played out inside the house.

Victor was a war veteran, and the events of the war, particularly the accidental death of an infant due to his inadvertent actions, haunted him. Soon, he would start seeing waking nightmares in the form of a cot on fire, which further fueled his latent guilt. The details of these events were obviously not known to the public, as it was believed that Creel was the one who brutally murdered his wife and children before he gouged his own eyes out when imprisoned.

During Nancy and Robin’s meeting with Creel, he explains how one day, during dinner, his wife levitated off the ground and her body twisted in terrible ways, leading to her death (which is similar to how the kids in Hawkins were dropping dead). Soon after, Creel himself was lured into the Upside Down but was called back to reality after he heard his favorite song playing on the radio — which he believed to be the voice of an angel. As Creel was unaware of the true nature of things, he believed that a demon of sorts was responsible for the deaths of his wife and children.

During his recollection, Victor mentions that when he returned to reality, his daughter was already dead, while his son Henry was in a coma, and he had also died a week later.

In order to understand what really transpired at the Creel house, it is important to shift focus to Eleven (Millie Bobby Brown), namely her memories at Hawkins Laboratory when she was younger. During her time there, an orderly named Peter (Jamie Campbell Bower) befriended her and told her that Dr. Martin Brenner was actually planning to have her killed by the other kids there, as he was threatened by his powers.

In a twist reveal, we find out that Peter is no ordinary orderly — he is, in fact, 001, the first kid to begin Dr. Brenner’s wave of experimenting with kids at Hawkins, who were manufactured weapons of sorts under Project MK Ultra.

001 massacres almost everyone at the lab, save Eleven and Brenner, and reveals to the former that he is Henry Creel, and he possessed abilities naturally since a child. Reclusive and cut off from the world from a formative age, Henry was disillusioned with the human world, as he could see through the meaningless ennui of human existence and abhorred the clockwork nature of everyday life. After moving into the Creel house, Henry formed an affinity with the home’s spiders, and retreated further into himself, exploring his natural abilities of telepathy, telekinesis, illusion creation, and time manipulation.

In the process, he started killing the animals via his powers, manipulated electrical energy, and was even able to control the flow of time, while holding up a mirror to his parents’ personal demons via conjuration of waking nightmares. His mother sensed this and enlisted the help of Dr. Brenner, which pushed Henry to the edge — he retaliated by killing his mother and his sister, and just when he was about to control his father’s mind, his fragile psyche gave in, and he went into a coma. While Victor was blamed for the murders and locked away, Henry was secretly taken in by Brenner, who, after being unable to control him, forged him into 001, starting his agenda of experimentation, wherein Henry served as a patient zero of sorts.

The fates of Victor and Henry

As Victor was haunted by the tragedy of his family, driven to near insanity by the events, he gouged his own eyes out in an attempt to stop the horrific visions that dominated his mind. Locked away at Pennhurst for years, Victor lived with the burden of a crime he never committed, being oblivious to the true nature of evil that gripped his family, as he never figures out that it is Henry who orchestrated the events at the Creel house.

On the other hand, 001 stayed at Hawkins Lab, first as an experimental blueprint for the covert government program, then staying as an orderly responsible for looking after the gifted children (he seemed to have no choice, given Brenner’s control over him). Using Eleven as bait, Henry exacted revenge on the facility and then proceeded to ask Eleven to join him. However, El uses her powers to fight Henry right before he almost kills her, and inadvertently sends him to the Upside Down, opening the portal that existed in Hawkins Lab in season 1 of the show.

In the Upside Down, Henry, or 001, undergoes a painful transformation, molded by the elements there, and becomes Vecna, the big bad of the season, who is terrifying to behold. While the full extent of Vecna’s motivations is yet to be revealed, he seems to draw his power by feeding on other people’s pain and claiming them as his own inside the Upside Down.

Vecna is no longer human, so it is possible that he feels that humans are meant to be tortured and manipulated, as he already felt that way when he was human, albeit with special abilities. Although Vecna is difficult to defeat, the gang will have to band together as always and find a way to vanquish this great evil, once and for all.