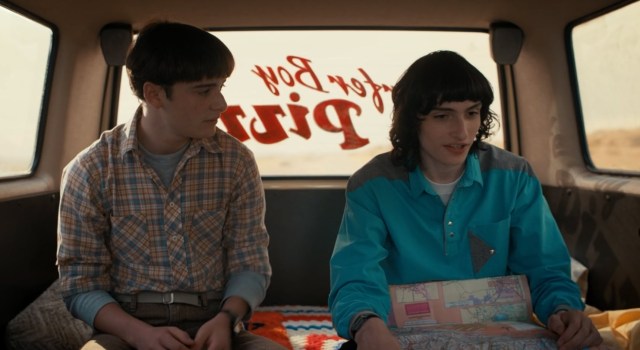 It’s not just monsters from another dimension and kids brave enough to face them that make Stranger Things such a cultural phenomenon. A huge portion of the community is also here for the spice, the drama, and the subtle dynamics. The ships, as it were.

And now that the Hawkins gang are in a period of their lives known across the entertainment industry as the “raging hormones” phase — and the actors physically manifest that growth — a lot of fans are wondering how some of the canon and even wishful “ships” will turn out by the end of the final season.

Notwithstanding the obvious grown-up associations, like Jim and Joyce, Nancy and Jonathan, and recently, Nancy and Steve, the Strangers (fandom’s adopted name) are increasingly looking towards the OG gang, and contemplating some unconventional ones while they’re at it, too.

For instance, do you think that Mike and Will will end up together? The latter has been sending signals all over the place in season four, but then, Mike has never shown an interest in swimming on the other side of that pond.

Some seem to be of the opinion that ‘Byler’ doesn’t make a whole lot of sense from a narrative standpoint.

And almost everyone else seems to agree in the pithiest way imaginable.

Apparently, this is all that Stranger Things fans are discussing these days, which some folks find overbearing. Sail those ships as far and wide as you want, but are we forgetting that the world is probably ending in the forthcoming final season? There literally won’t be time for any of this.

What else is there to say? Fans can get really tenacious about this kind of stuff…