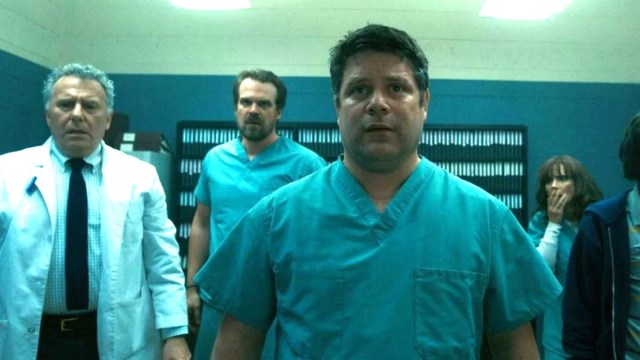 It’s very unlike The Duffer Brothers to kill a Stranger Things character with any degree of substance. Evidently, it only adds more suspense if that character’s whereabouts remain unknown in light of the unlikely possibility of death.

Enter Dr. Sam Owens, who played an important role in freeing Eleven from Brenner’s facility, seemingly sacrificing his freedom in the process, but is almost certainly very much alive (we didn’t see a body, after all!).

It may not be the largest nuance going into season five, but with ample free time until then, the folks at r/StrangerThings have taken to speculating on the current plight of Dr. Owens; after that high-intensity raid, where could he be now?

One user, on top of agreeing with the rest of the thread that Dr. Owens is alive, suggested that he’ll play a pivotal role in gearing up Eleven for the final confrontation, going on the run from the government in order to do so.

Another user suggested that he’s been taken as a prisoner by Lt. Colonel Sullivan, and may try to convince the military man to not go after Eleven, however unlikely it is that he’d change his mind.

Another user noted the parallels with season two, where Owens found himself in a similar situation towards the tail end of the season.

Whatever happened to Owens, it seems like there’s still plenty in store for the good doctor. Nevertheless, all eyes will be on the Hawkins gang when the fifth and final season of Stranger Things releases to Netflix sometime in the indefinite future.