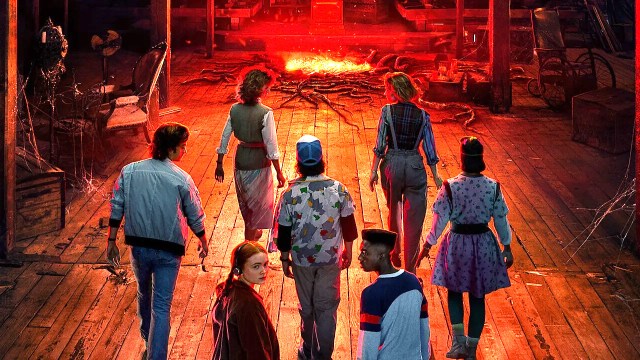 In an interview with Indiewire, McLaughlin shared his thoughts about where he thinks the story should go after season four, and the reaction he wants viewers to have.

“I want people’s hearts to be broken — again. I feel like a good story ends. Not sad, but just a real ending. Happily ever after — that’s like, like back in the day, that’s Disney Channel, that’s Nickelodeon. We’re Stranger Things. We’re raw. This is not PG-13 anymore, this is rated R. We gotta bring it home. I know Season 5 is going to be darker, if anything — if that’s possible.”

Stranger Things has always leaned into the darker side, with terrifying monsters emerging from the Upside Down and lots of death, but season four went to another level of maturity. The kids are growing up and the stakes have risen as the Duffer brothers pushed heavier themes and the body horror of the show like never before. McLaughlin was in one of the most devastating season four scenes, and he didn’t know he would be doing it until he got on set.

Vecna (Jamie Campbell Bower) was also a more psychological antagonist, as the predator preyed on grief, torturing them mentally until they died a horrible death. The danger felt more palpable, and there were serious consequences by the end of volume two that saw the group of heroes had sacrifice so much of themselves.

Vecna successfully opened the fourth gate, which destroyed portions of Hawkins and added to the body count, putting the core crew at a disadvantage. They’ve already lost a lot, and there’s undoubtedly going to be more death along the way, but with them back together again for the final installment, they’ll stop at nothing to halt Vecna and rid themselves of the Upside Down once and for all.