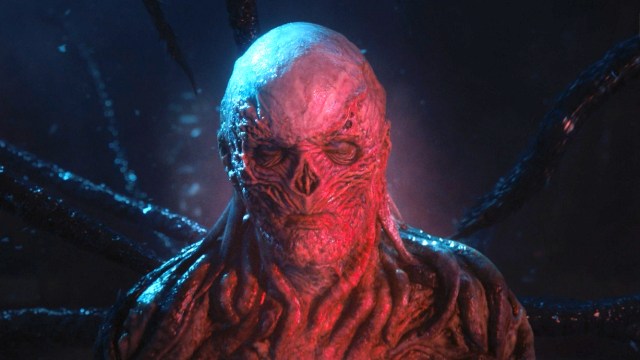 Stranger Things star Gaten Matarazzo had an unsettling experience with Vecna on set, and he’s still not over it. Vecna, played by Jamie Campbell Bower, is the main monster of season four and has been torturing the minds of people who’ve experienced immense grief. Apparently, his ability to strike fear didn’t end behind the scenes.

In an interview on the Tonight Show with Jimmy Fallon, Matarazzo described meeting Vecna for the first time, and it wasn’t all that pleasant.

“I saw him once during filming of volume one. I was in costume and we were doing 3D scans, like we had to go in a room and take a bunch of pictures all around because there’s a lot of animation in the show, especially this year. So there was kind of a line of the cast in costume whenever they had free time during filming. I saw Vecna sitting there and I looked at him like, ‘Hi, it’s great to see you. I haven’t seen you since the table read.’ And he was just like, ‘Yeah, how are you. It’s good to see you,’ in just a lawn chair, like feet up and his whole half done up in Vecna gear.”

The Vecna costume was made using physical prosthetics and not CGI. It took Bowers seven and a half hours to fully get into the intricate costume and have the makeup applied, and the final results were worth it. The monster looks horrifically skeletal with vines coming from his body that reach out from the Upside Down to the normal world but to see only half of the completed monster sounds even scarier.

In Stranger Things 4, the Hawkins group is fractured. Dustin (Matarazzo) and Mike (Finn Wolfhard) are at odds with Lucas (Caleb McLaughlin) because his joining the basketball team doesn’t leave much room for their Dungeons & Dragon game. To make matters worse, Vecna has emerged, and he’s terrorizing the town, which forces the kids to come together to solve it.

In the last episode of Stranger Things 4, volume one, viewers learned the origins of Vecna, who was actually Number One, Henry Creel, who meets Eleven (Millie Bobby Brown) at Hawkins Lab. He first appears as a friend and mentor to the girl, but when he reveals his plans, she uses her powers and inadvertently sends him into the Upside Down, transforming the environment into an apocalyptic version of Hawkins.