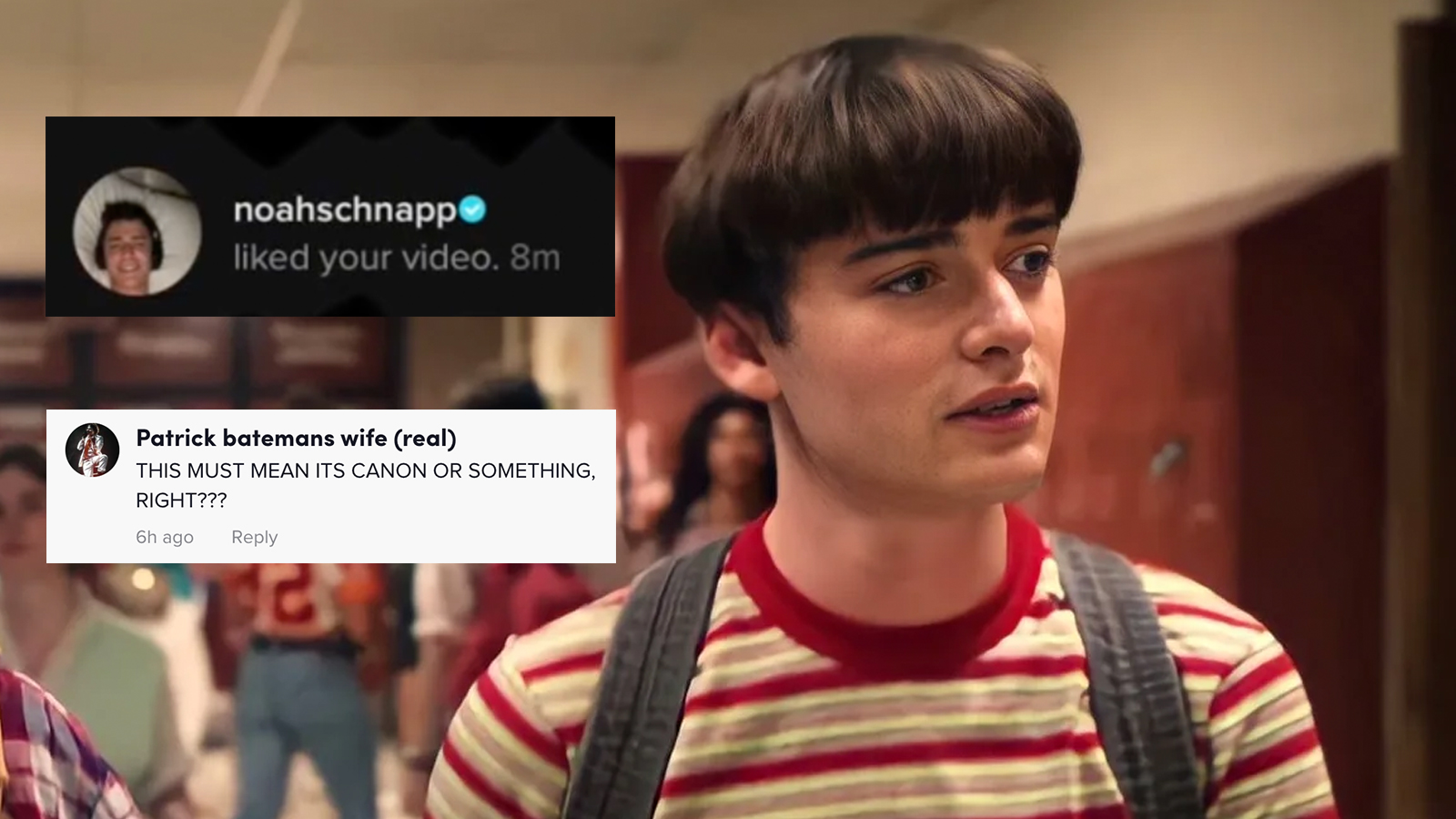 Stranger Things star Noah Schnapp appeared to cheekily confirm a big secret about his character Will Byers in season four.

Fans had been speculating Will was queer since the official trailer for the new season was released earlier this month. LGBTQIA+ members of the fandom made fan-cams on TikTok alluding to Will having a big old crush on his straight bestie Mike Wheeler (Finn Wolfhard), which if true, would really just scream gay rights. It’s gay culture to have a fat crush on your best friend at school.

That same fan then realized that Noah Schnapp’s official Twitter account liked the video. Several diehard Stranger Things viewers felt this confirmed Will would be revealed as queer this season and come to terms with his feelings towards his BFF.

“Noah Schnapp just liked this,” said the shipper behind the vid in all caps.

“This must mean it’s canon or something right,” added another.

In the lead-up to the season premiere, Schnapp and Millie Bobby Brown spoke to Variety about the final days of shooting. They said they were in denial it was over right up until production wrapped at 4am.

“Noah and I have had a hard time on set. We’re like the step kids and we have our new dad and we’re like, ‘he’s not our dad’. We’re in that denial phase right now. We’re not choosing to accept it. We’re the ones you can’t really talk about it.”

“That was even like our last day shooting season four. I remember going up to Millie and I was like, ‘are you crying? Are you gonna cry? Are you upset?’ And she was like, ‘no, no, we’re not talking about that right now. There’s still seven more hours. It’s not over yet.”

The first seven episodes of Stranger Things season four premiere on Netflix on May 27.