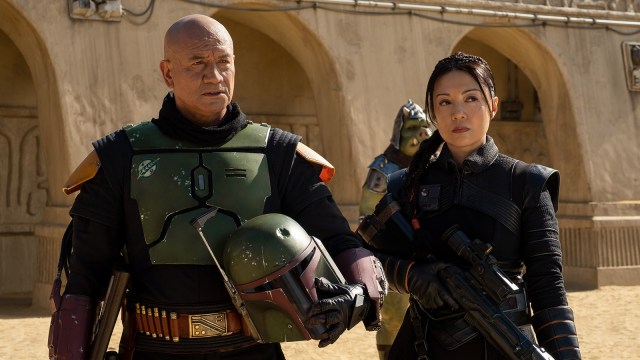 The Book of Boba Fett should have been a home run. It builds on the solid foundations laid down by The Mandalorian, is about one of the most popular characters in Star Wars history, showcases excellent actor Temuera Morrison, and was helmed by experienced and stylish action director Robert Rodriguez.

And yet, it didn’t hit the mark. Fans took issue with Fett being an incompetent crime boss, and that the show felt like it’d been quickly thrown together to fill the gap between seasons of The Mandalorian, all while noting its limited scope. It’s telling that the best episode by far didn’t feature the titular character at all, ditching him for Din Djarin.

But it seems that The Book of Boba Fett still has its fans. A post on Reddit says they were “BLOWN AWAY” by how amazing it was:

The praise is so effusive some fans think it can’t possibly be real:

Others take issue with Fett teaming up with kids on primary-colored scooters:

Others rightly identify that a core problem with the show was Star Wars not knowing what to do with a crime lord hero, as he can’t exactly get rich running drugs and extorting people on a Disney Plus show with a PG-13 rating:

Similarly, the portrayal of Fett as amiable and easily fooled just didn’t tally up with his previous appearances:

All that being said, we’d be interested in a second season, perhaps with a wider scope and a little more preparation done in advance. After all, with Fett now firmly established as Mos Espa’s Daimyo, we’re in the place the story probably should have started from to begin with, and we’d love to see Solo‘s Crimson Dawn finally expanded upon as a rival crime syndicate.