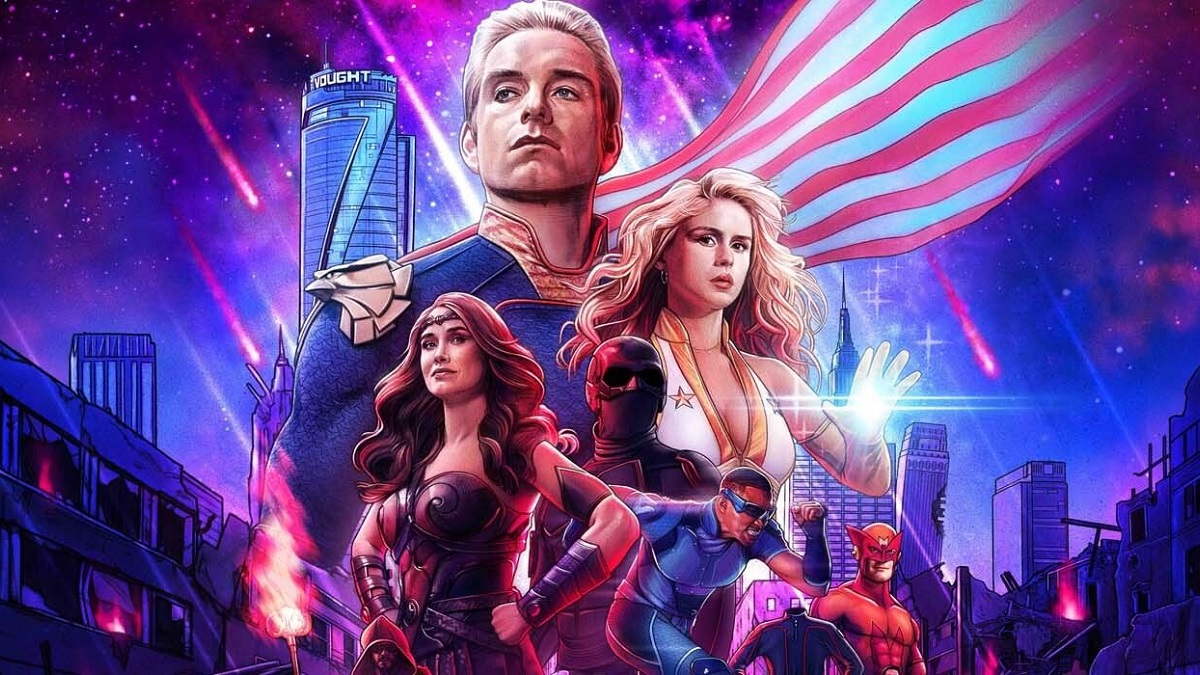 Out of all the crazy moments in the first three episodes of The Boys season 3 —and there sure were a lot of them— perhaps what stood out the most was a Hollywood star’s surprise cameo in the first minute of the opener. Now, showrunner Eric Kripke has explained how he and Seth Rogen managed to bring the guest A-lister on board.

The third season of Prime Video’s satirical superhero show opens with a scene from Dawn of the Seven, with Homelander and the rest of his teammates confronting Stormfront. In a meta moment of in-universe recasting due to the hero’s Nazi affiliations, this version of the disgraced Supe is portrayed by the Academy Award-winning Charlize Theron, who partnered with The Boys producer Rogen for 2019 comedy Long Shot, which marked the beginning of a beautiful friendship.

In fact, according to what Kripke has revealed to TheWrap, Theron only agreed to appear in the show as a favor to Rogen.

“Charlize came about like really all of our cameos, which is — you know — the really stringent and rigorous process of whoever returns Seth Rogen’s calls. God bless her. I’m sure she thought [it] was just a short, quick little favor — now our super suit people are calling her and she has to come in for fittings and she shows up on the day and there’s this big set and she’s definitely going to be working all day.

“So she was such an amazing sport for all of that. When I talked to her in the morning, she’s like, ‘This is some ridiculous dialogue.’ And she played it deep, with all of [her] heart, beyond the fact that it’s a hilarious cameo. She’s f—ing brilliantly funny in that role — how much she commits.”

It remains to be seen whether Theron’s role is limited to that brief appearance, or her character will show up again somewhere down the line. If the fan reception is anything to go by, though, viewers definitely wouldn’t mind seeing more of the actress in the fictional universe.

The Boys season 3 returns with its fourth episode next week, on June 10.