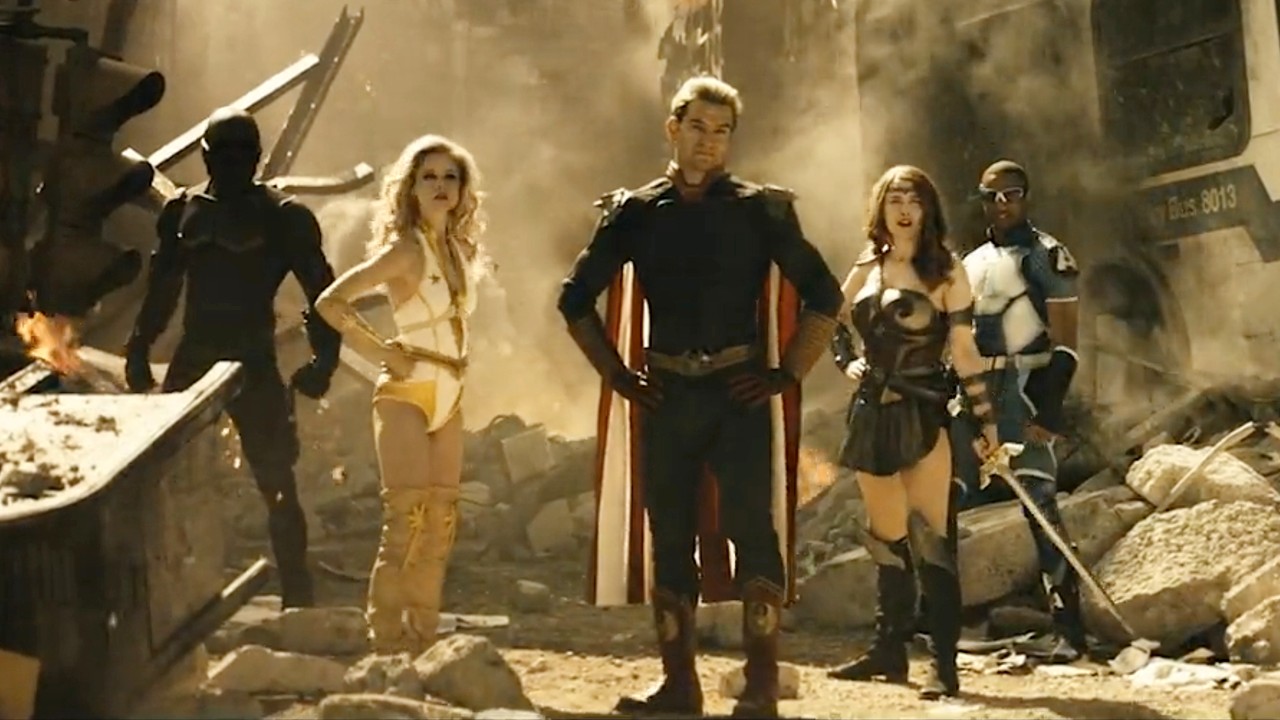 Warning: The following article contains spoilers for The Boys season 3.

We always knew that showrunner Eric Kripke and executive producer Seth Rogen would pull out all the big guns for The Boys‘ third season, but who knew the show was going to include a mind-blowing cameo from a Hollywood A-lister as early as the first minute?

While the first three episodes that came out on Amazon Prime Video today are in no shortage of grotesque scenes that might throw off audiences who are a little faint of heart, that’s not the only thing that the series has got going for itself in season three.

The episodes are practically brimming with Easter eggs, references, and cameos that surprise viewers at each turn, starting in the very first scene, which features none other than the award-winning Charlize Theron as Stormfront.

The sequence in question depicts a scene from “Dawn of the Seven,” an in-universe movie that’s basically The Boys‘ version of The Avengers or Justice League. In it, Homelander and the rest of the gang square off against Stormfront — a character previously featured in the Seven itself — that has now been reworked as the movie’s antagonistic figure due to her real-world ties with Neo-Nazis.

Since Stormfront herself is dead thanks to Ryan, Vought International has cast another actress to portray her in the movie. That actress is Charlize Theron, and everything from her brief appearance to the fact that she seems to have been deep faked onto Stormfront’s body due to the movie undergoing reshoots is just the icing on the cake.

As you can imagine, fans are now going nuts with excitement over this cameo, with some even calling it the best superhero surprise we’ve had in a while, and that includes the Illuminati in Doctor Strange 2, which ironically also starred Theron as Clea.

It just doesn’t get any better than Charlize Theron, one of the biggest superhero cameos of 2022, starring in The Boys as well. It makes us wonder how far into production Kripke and co. came up with the idea, but it has nonetheless led to a great moment as early as the opening seconds of the third season.

It’s still unclear if Theron will have more screen time besides her one-minute cameo, but here’s hoping that Vought actually brings her back for more work in season three.

The Boys will continue next week with its fourth episode on June 10.