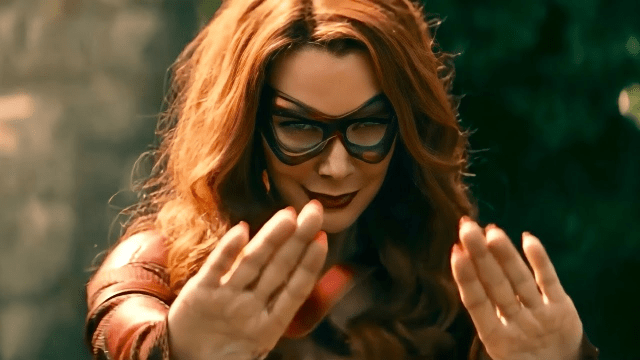 There’s no housing crisis as far as The Boys is concerned, given how many of its scenes are capable of living rent-free in the minds of audiences. Whether it’s our introduction to Termite or Hughie changing his life trajectory with one click of a button, the unabashed violence, gore, and depravity of The Boys has a lingering effect on one’s memory.

Speaking to Variety, Holden recalled filming that scene, noting how the cast and crew all come together to make even the most stomach-churning scenes into a positive behind-the-scenes experience.

“I thought it was super funny. A lot of that scene was improvised. This is the beauty of The Boys, they support you and they’re so kind and collaborative that you can creatively fly. A lot of what I did in there was just inspiration in the moment that ended up being completely whacked out.”

She also revealed that while she wasn’t explicitly told that Rogen would be on the other side of the camera, she had a pretty good idea anyway.

“I knew it was probably going to be Seth. But it was just the script supervisor saying lines off camera and me just looking into the iPhone and playing it in my imagination as if he was really there. What’s kind of fabulous about that scene was our tempo was so connected. However, it was edited and he did his performance with mine. It was seamless, as if it was really happening in real time.”

The final episode of season three of The Boys premieres on Amazon Prime Video on July 8.