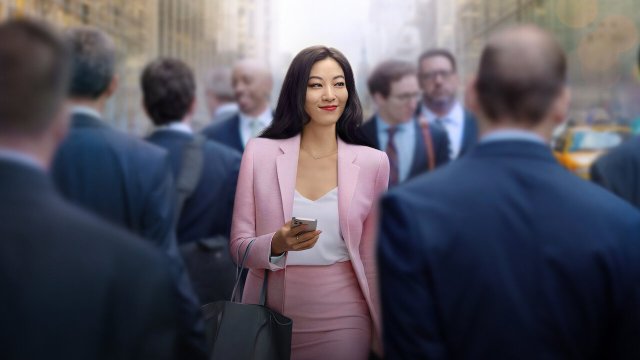 It’s been a couple weeks since Netflix released its latest legal-drama, Partner Track, and fans are still raving on about it. The show has received positive reviews from audiences who have praised the diverse cast, steamy love triangle, and the representation of real issues.

The lovely cast and their unique traits have also been a hit with fans, and led by Arden Cho, are some of the more relatable personalities on television. However, while some characters were fun and sweet, others were downright ruthless and cutthroat.

Here’s the cast of Partner Track, with the characters ranked from least to most likable!

Congrats to Nolan Funk for this very believable portrayal of the young, rich and spoiled Dan Fallon. Vying for partner at the firm, Fallon is a shoe-in due to his wealthy background, and constantly plays dirty to one-up the moral lawyers around him. However, Dan ranks as the lowest of the low because he’s a racist misogynist, and he’s not afraid to own up to it. His redeeming moments aren’t enough to earn him the audience’s trust because, at the end of the day, he doesn’t see anything wrong with his negative and hateful comments and actions.

Marty Adler is the head of the firm at Parsons, and he is quite the tough boss. The audience’s first introduction to the character is a menacingly cold-blooded boss who’s not above bluntly tearing into the new, brown-nosing lawyer. Throughout the series, Marty is shown to be ruthless, calculating and greedy, but what makes him truly bottom-tier is his shameless misogyny towards the protagonist, Ingrid Yun. Worse yet, he is well aware of his white privilege and makes no changes to his firm, choosing to pat the racist Dan Fallon on the back, and screw over the Asian-American lead several times. Due to his power, the majority of the cast constantly tries to win his favor, and somehow that just makes him all the more despicable.

Charming, handsome, and very, very British, Murphy would have made for a lovely member of the series’ love triangle, but from the first episode, viewers are introduced to a self-loving egomaniac. Naturally, due to his mysterious bad boy nature, and the soapy nature of Partner Track, our protagonist falls hopelessly in love with him. He may have had a couple of swoon-worthy moments, but the tender heart of his competition Nick, and a nasty betrayal in the series finale, sends him flying down the list.

Justin starts out as the nonchalant paralegal assigned to Ingrid Yun. It is quickly revealed that he is yet another spoiled, privileged member of the firm, immediately throwing many fans off. He never seemed to want to do any work, and was rude to Ingrid on numerous occasions. Viewers began to soften up to the character during the company retreat when his softer and charming side was revealed, and his relationship with the fierce Rachel was adored by many. However, the bottom line is that Justin is a product of nepotism, and if Ingrid was a white, powerful man, he would have put in way more work than he did…and he would have left his many snarky comments inside his head.

6. Hunter Reed and Todd Ames (Zane Phillips and Will Stout)

These two quirky and lovable lawyers are ranked together because, while they didn’t get enough screen time, they made us smile whenever they popped up. Hunter and Todd also provided some worthwhile comic relief whenever things were getting a bit too serious. Unfortunately they’re friends with Dan, so they don’t make it to the top five. If the series is renewed for a second season, hopefully the charming duo get some interesting storyline upgrades.

The billionaire philanthropist who, in a better world, would actually get the girl. He is nonetheless a bit of a unique character. Nick Laren is smart, handsome, rich, kind, generous, and very understanding. What’s not to love? To add to the drama in this exciting series, Nick was unfortunately a little too enthusiastic in his relationship with Ingrid and moved way too fast. Was he a great guy? Absolutely. Could he have waited a little while before proposing? Most definitely.

What’s the main protagonist doing in fourth place you ask? However idealistic and brilliant Ingrid Yun is, she made a very big mistake early on in the series, and one that cost her what she’d been chasing for a long time—she let her career jeopardize her personal life. However intelligent she is, Ingrid lost focus a couple of times in the series, even betraying her best friends and siding with her very racist firm’s partners. If that wasn’t enough, she fell for the wrong guy and paid dearly for it. Ingrid is a character worth rooting for, and one the viewers definitely want to see winning, but her misplaced priorities often had us screaming at our screens.

Z is part of the money-hungry Min family who owns SunCorp, but he stands out among his kin due to his dedication to green energy. Z is initially a problem for Ingrid since he is more than willing to sabotage his family’s company’s deal with her firm to ensure that they work with a green energy provider. Fans developed a liking for the character due to his honest personality, genuine intentions, and striking good looks.

Ingrid’s best friend and a wonderful addition to the cast, Rachel Friedman, played by Alexandra Turshen, is a fun, laid-back, and easygoing lawyer with a fierce side. She’s not afraid to speak her mind and is her friends’ biggest cheerleader. Towards the later half of Partner Track, Rachel starts to grapple with her identity and future, a very relatable struggle many viewers have no doubt faced at a point in their lives. She may have some moments where she proves extremely hard-headed, but everyone needs a Rachel in their corner.

You’ve got to be a really great guy for you to cheat on your partner and still rank atop the list of most likable characters. Tyler started reading Vogue and Women’s Wear Daily at the age of 11, and isn’t afraid to be his most authentic and fabulous self. Throughout the series, his big brains and even bigger heart shine through, and he was always ready to call out white privilege when he saw it. He decided to fight for the little guys and was prepared to give up his high-profile, cushioned life to start again, so long as his authenticity and pride were not compromised.