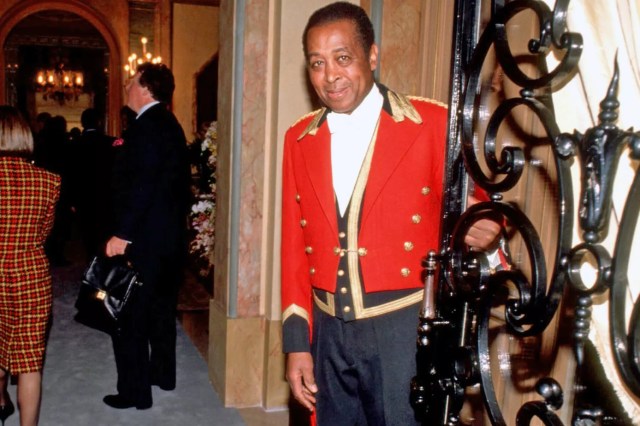 One of the most fascinating things about The Crown is how it introduces viewers to figures who played a massive role in royal history, but have become less well known over time. Once such figure, Sydney Johnson, will play a role in The Crown season five, but who was he, and who is portraying him in The Crown?

The real-life of Sydney Johnson

Born in Nassau in The Bahamas in the 1920s, Sydney Johnson lived a mostly regular life. When he was 16, however, Sydney met Edward VIII, who was visiting the island as part of his duties as the governor of The Bahamas. Edward grew close to Sydney and ended up hiring Sydney as his personal valet.

Sydney moved to Paris to live in Villa Windsor, a 14-room mansion in Bois du Boulogne park. While living with Edward and Wallis Simpson, Sydney served the couple and helped with all their day-to-day tasks. He was also a regular fixture on their international tours. During this time, Sydney married, and he and his wife had four children.

Sydney served Edward and Wallis for three decades. Edward died in 1972, and then in 1973 Sydney’s wife passed, forcing him to step down to look after his children as he couldn’t care for them and perform a butler’s duties.

After this, Sydney worked as a waiter in Paris’ Ritz hotel. There he met Mohamed Al-Fayed, who would hire Sydney as his butler. Interestingly, Mohamed Al-Fayed was the father of Dodi Fayed, the man who dated Princess Diana at the time of her death.

Sydney would return to Villa Windsor when Mohamed Al-Fayed bought the property after Wallis Simpson died in 1986. Al-Fayed restored the home before reopening it in 1989. At the reopening party, Johnson was quoted as saying:

I feel on top of the world. The restoration is so authentic I expect to see the duchess stepping down the staircase asking, ’How do I look?

Sydney passed in 1990 at the age of 69. In obituary pieces, Al-Fayed described Johnson by saying he ″was truly a gentlemen’s gentleman. We shall miss him very much.″

Who portrays Sydney Johnson in the crown?

Season five won’t be Sydney’s first appearance in The Crown. The character made a brief cameo in season three, episode eight, where he was played by Connie M’Gadzah. This appearance is so brief most fans will be forgiven for forgetting all about it.

In season five, Jude Akuwudike (Gangs of London, Manhunt, In the Long Run) will play an older Sydney. In the flashback sequences, Joshua Kekana will play the character.