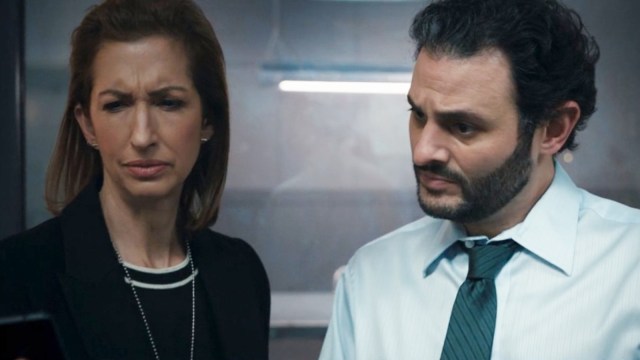 The Department of Damage Control (DODC) just revealed a never-before-seen side of their operation in Ms. Marvel. The organization appeared in the first episode of the series in the mid-credits scene, looking over footage from AvengersCon when Kamala Khan (Iman Vellani) first uses her hard light powers, but their true motives have always been shady.

In episode three, “Destined,” Kamala meets the ClanDestine, a group of Jinn from an alternate dimension known as Noor. They appear to be Kamala’s allies and hope to use her magical bracelet to return home, but they grow impatient and launch an attack during her brothers’ wedding. When the DODC arrives, Kamala escapes, and the ClanDestine is apprehended.

The next episode shows the ClanDestine detained in a DODC prison facility. They’re chained up and walk in a single file line as they’re escorted by agents. Up until this point, viewers have only seen the DODC investigating events related to enhanced individuals or alien disasters, but this new detail could point to its broader scope.

The DODC has made multiple appearances in the MCU. After the Battle of New York in 2012’s Avengers, the DODC was made into an executive department of the U.S. government in a joint venture with Stark Industries and salvaged alien materials. Damage Control appeared in No Way Home and questioned Peter Parker (Tom Holland) and his friends following the disclosure of his secret identity, but this prison facility calls into question what their operational endgame actually is.

The main question is, who do they really answer to? As secretive as S.H.I.E.L.D. was, their motivations were mostly straightforward, but Marvel has kept people in the dark about them for a while. One theory is that they could be involved with the shape-shifting aliens known as the Skrulls. They’ve been hiding in the MCU for a number of years, appearing in Far From Home as Nick Fury (Samuel L. Jackson) and Maria Hill (Cobie Smulders) imposters.

Captain Marvel, which has strong connections to Ms. Marvel, exposed more about the Skrull. They were almost all destroyed by the Kree, who were responsible for kidnapping Carol Danvers/Captain Marvel (Brie Larson) and manipulating her memory. If they are Skrull, perhaps they’re acquiring weapons, artifacts, and powerful beings for a cataclysmic event.

The MCU is setting up the crossover event Secret Invasion, and it’s possible this could be a look into what the Skrull are planning. The Skrull haven’t been depicted as fully evil, more like an alien race that has had to react to a dominating force. Their general inefficiency at defending themselves could also be the reason why it was so easy for the ClanDestine to break out of the prison if that is indeed the case.

Fans will have to wait and see what the DODC’s true motivations are as Ms. Marvel continues on Disney Plus.