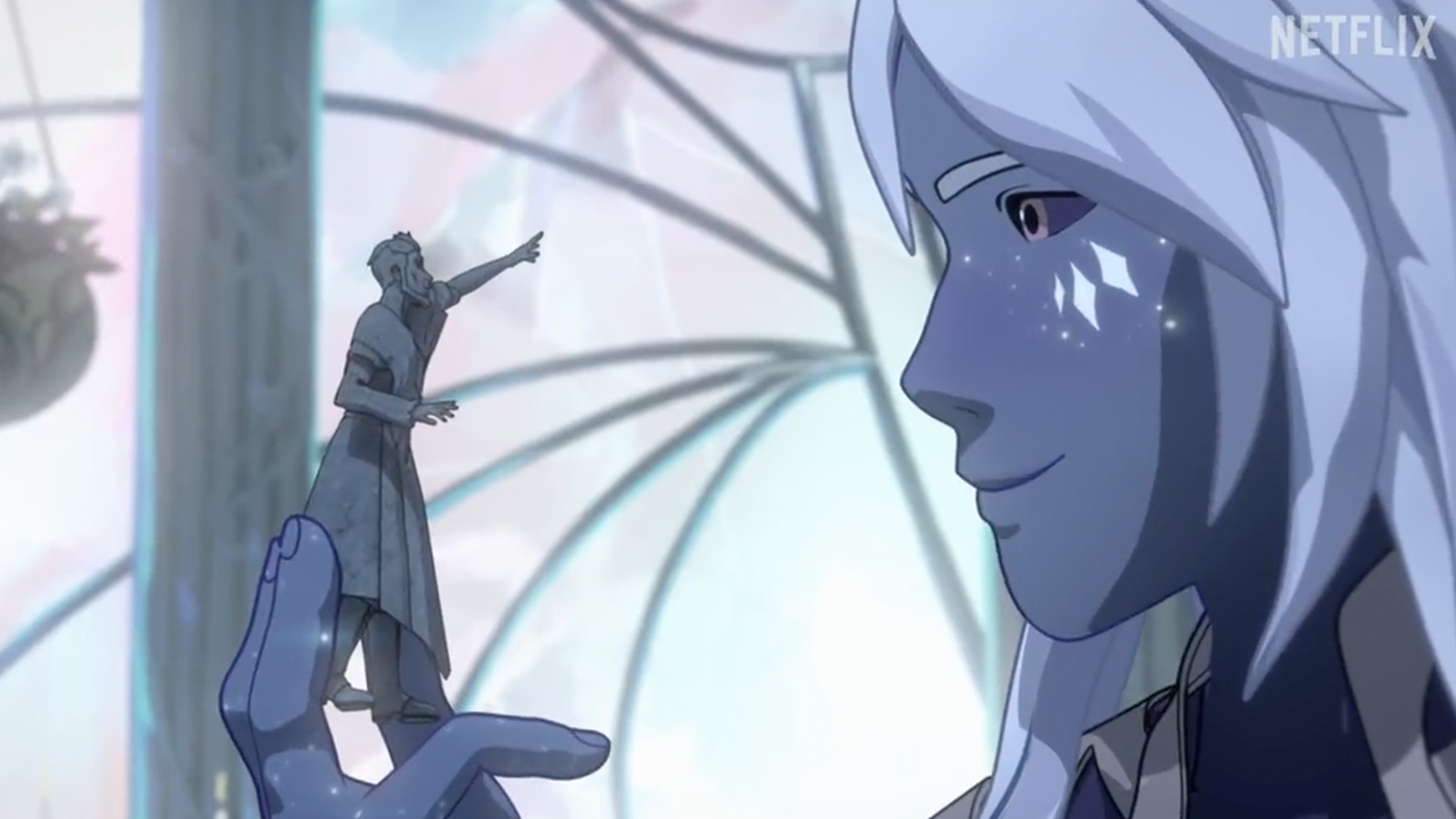 Netflix finally gave us a crumb of The Dragon Prince news for the first time in nearly three years. Fans might not be eating well but they’re definitely eating something for a change.

The streaming giant shared the opening sequence to season four on its second day of Geeked Week, a live-streamed series of panels about Netflix’s upcoming live-action shows, movies, animated franchises, and more. Day two was all about anime and animation.

The video showed Viren lost in a dark realm. He then turns to stone as Aaravos (Erik Dellums) the dark elf and Midnight Star picks him up and uses him as a chess piece. Hmm, how ominous.

The new season is aptly called The Dragon Prince: Mystery of Aaravos. As the name suggests, it’ll explore the dark elf’s past and intentions. The trailer also confirmed season four will premiere sometime later this year.

TL;DR: a lot happened at the end of season three. The Dragon Prince reunited with its mother. Callum and Rayla got together. Ezran became King. Then Claudia resurrected her brainwashed father after her brother Soren killed him in The Battle of the Storm Spire. Oh and Aaravos digi-evolved from a worm in Viren’s ear to a cocoon. Cool, cool, cool.

More information and an exclusive look at a new episode of The Dragon Prince season four will be unveiled at San Diego Comic-Con next month.