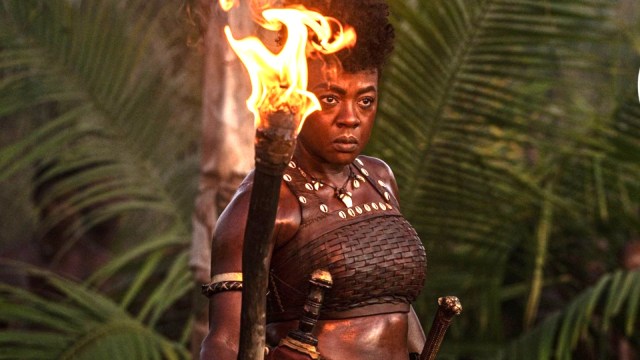 Viola Davis will be in the action-thriller G20 from Amazon Studios and it sounds perfect for her. Coming off of the impressive film The Woman King, Davis proudly got herself in fighting form to become a true warrior. This time, she’s the leader of the free world.

In a story from The Hollywood Reporter, G20 is aptly set at the G20 Summit, and in this story, the event is taken over by terrorists. Davis will play American president Taylor Sutton who’ll have to use her keen diplomatic skills and military background to protect her family, her constituents, and the entire world.

Davis isn’t just starring in the movie, she’s also helming it with her husband and partner at JuVee Productions, Julius Tennon. Andrew Lazar of Mad Chance is a producer, and the director is Patricia Riggen, who directed the historical drama, The 33 and the Jennifer Garner-led Miracles from Heaven. The script is from Noah and Logan Miller (White Boy Rick), and handling the revisions are Caitlin Parrish and Erica Weiss (The Red Lion).

Amazon Studios fully supports Davis and the team and are expecting them to deliver the excitement for this blockbuster. Said Julie Rapaport, head of movies at Amazon Studios in a statement, “Viola is truly a one-of-a-kind talent both in front of and behind the camera, and we can’t wait to watch her bring the dynamic character that is President Sutton to life.

MRC Film co-presidents Brye Adler and Jonathan Galfman said in a statement, “Viola bringing her unmatched strength, depth and humor to this kind of fun, popcorn movie is something we cannot wait to see,” and added, “In Patricia, we have the perfect director to balance a grounded character story with a satisfying genre film.”

Davis isn’t new to playing powerful leaders in the political arena. She plays Amanda Waller, the no-nonsense director of A.R.G.U.S., and has appeared in several DC movies, including the box office-topping Black Adam starring Dwayne Johnson. She enlists the help of the Justice Society of America to rein in the magical titan, but they might not even be enough to handle his level of power.