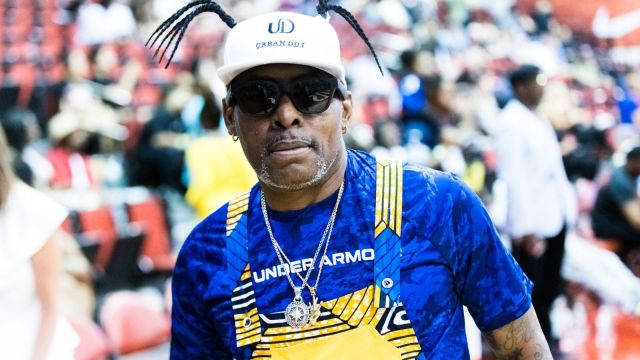 Coolio’s legacy will live on, with confirmation he will appear in one final voice role during the next season of Futurama.

The rapper died at age 59, but will live longer than ever thanks to him returning to voice his strange Futurama character which only the most hardcore of fans will remember. Since 2003, Coolio has voiced the character Kwanzaa-bot across just two episodes, but will soon have a third added to his filmography.

David X. Cohen confirmed to TMZ that Coolio voiced one final episode just weeks before his death, with Cohen saying the episode will be dedicated to the rapper. They’re hoping to give him the “best send-off we can”, with the producer also speaking glowingly of his time with Coolio.

“Coolio was one of my favorite guests. He was always totally upbeat and genuinely enjoyed coming in to record as his character Kwanzaa-bot.”

Kwanzaa-bot’s two appearances to date have been during seasonal episodes, with him starring alongside the comically evil Santa Claus Robot, and the Chanukah Zombie (voiced by Mark Hamill). Little is known of Kwanzaa-bot’s inclusion in the eighth season, but it can be reasonably believed the character will appear in the episode “I Know What You Did Last Xmas”.

The eighth season of Futurama was greenlit some nine years after the show initially finished its run in 2013. Initially believed to be without the versatile voice actor John DiMaggio, he was later confirmed to return as Bender in March 2022. The 20-episode order from Hulu is expected to be over multiple seasons.

Futurama’s eighth season will air sometime in 2023 on Hulu.