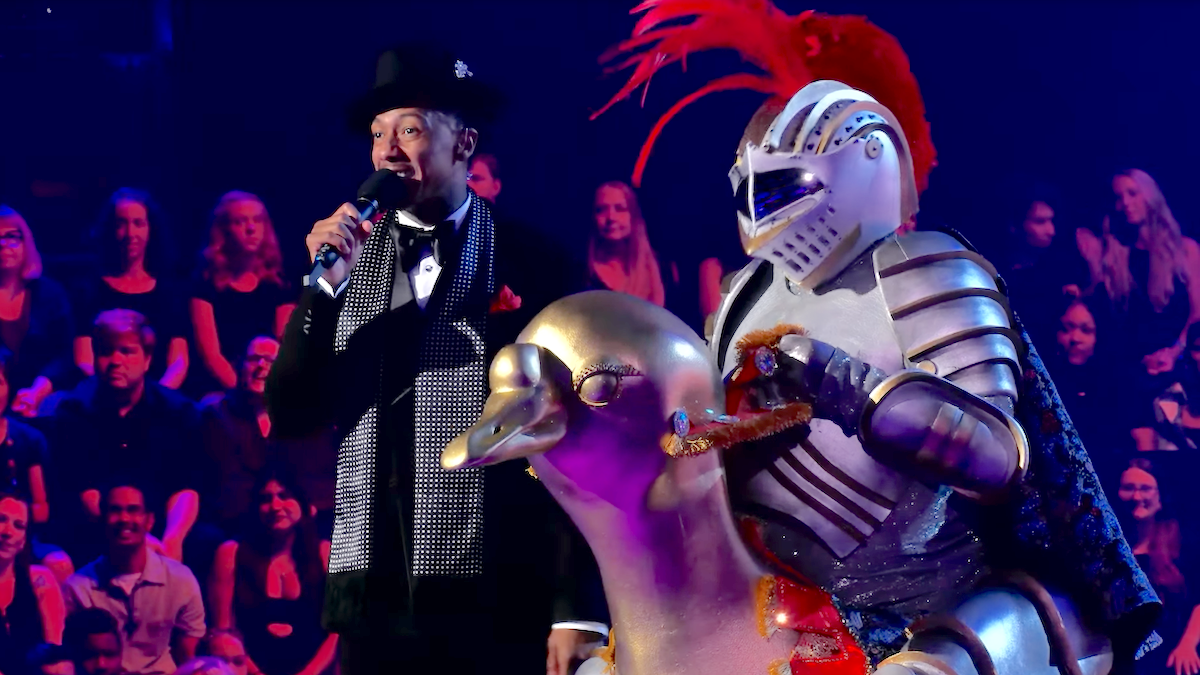 They’re at it again. Unmasking the Masked Singer is quietly becoming an American pop culture tradition and, if you are amongst the many who just wanna know who was unmasked, then allow us to enlighten you with such wisdom.

Be warned, however. Here is where we give an obvious spoiler alert. SPOILER ALERT! Hey, we warned you.

To make this more fun, we’ll share a clip for the performance and give you a chance to guess. Then we’ll add some hints to help until we show a video of the reveal.

Ready? Ok, here we go! Time to get unmasked! (Sounds kinda creepy but you get it.)

Here’s a performance of “Puttin’ on the Ritz,” a song originally written by Irving Berlin in 1927 and famously performed by Fred Astaire a couple years later. You might also be familiar with the Taco version of the song – no not the food but rather the artist. The Taco food version would probably taste amazing but the Taco song version is just as good.

Here’s a version by the mysterious Knight. Based on this video, who is your guess for the man behind this mask?

Any guesses? Here are some hints. He’s an actor whose most famous character tried to conquer the final frontier. He himself actually went to the edge of space last year.

See if your new guess is accurate in this video of his reveal.

If you said William Shatner then you are correct.

However, the next guy is much more challenging. First, here’s his video of the Hedgehog singing “Love Me Do” by the Beatles.

Let me try to help you with some clues on this one. You might notice his accent. He is indeed a type of “idol” but not an American idol. He’s quite the funny guy who was a major part of one the funniest shows ever made, which was at its peak in the 1970s and spawned multiple movies.

Still unsure? He and his fellow mates have been called the Beatles of comedy, making his music choice very purposeful.

Do you know this group of comedians? Well, take a final guess and check out his reveal in the video below.

If you guess anything related to Monty Python then we’ll say you got this one. If you accurately predicted that it’s Eric Idle then you deserve more than just a congrats but that’s all we got for now so I hope you’ll settle for it. Congrats!

For more reveal madness, check out the show on Wednesday nights on Fox at 8pm EST. but if you’re not into that old TV thing then you can also stream it on Hulu.

If you foolishly miss it but still want a chance to guess each week then check back here as we’ll hit you with another reveal.