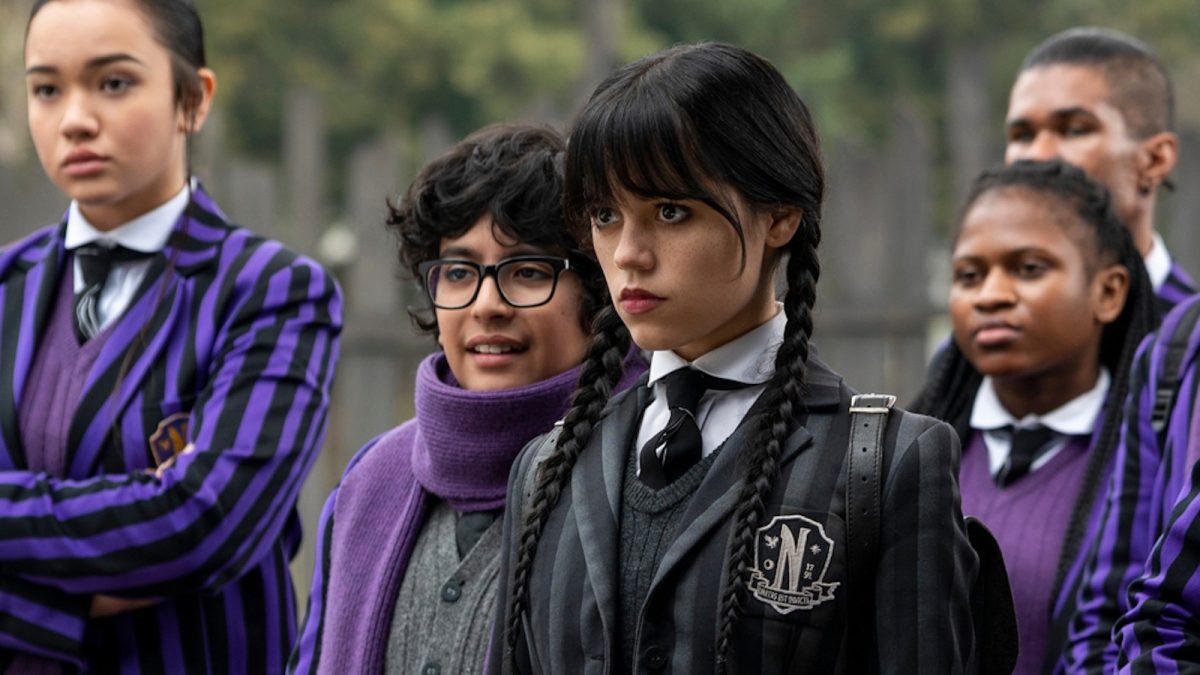 Photo via What's on Netflix

One of the things Wednesday Addams was very vocal about it from the very beginning of Wednesday is the fact that she absolutely adores her younger brother. While it’s true that Wednesday doesn’t get along very well with her mother, Morticia Addams, or her father Gomez Addams, she truly loves her little brother.

His name is Pugsley Addams and she has a soft spot in her heart for him. As unfortunate as it might be, Wednesday was forced to abandon her family home where she was living with Pugsley in order to attend Nevermore Academy. The actual reason she had to enroll at the private school is directly related to her relationship with her younger brother.

Why Wednesday Addams was forced to attend Nevermore Academy

After Wednesday found out that a group of boys at her school were bullying her little brother, Pugsley, she knew that she had to take action immediately. From Wednesday’s perspective, no one in the world was allowed to give her brother a hard time — aside from her.

Wednesday hatched a plan to get revenge on Pugsley’s bullies, one that took the concept of pranks too far. While they were swimming in the pool on campus, she released two large bags of vicious piranhas into the water.

As all of the boys scrambled quickly as possible to get out of the water, Wednesday watched with a gleeful smirk on her face. The worst bully of all wasn’t able to make it out of the pool in time and he ended up being bitten by multiple piranhas. Wednesday was fully aware that her actions were going to have consequences, but she simply didn’t care. Protecting her brother was her top priority at the time, even though it led to her getting expelled school.

The first episode of Wednesday on Netflix gives viewers a chance to learn a little more about Wednesday’s academic history. While making herself acquainted with the new principal at Nevermore Academy, the principal mentions the fact that it’s Wednesday’s eighth school in five years. It’s clear that Wednesday has gotten into serious trouble since she’s bounced around to so many different locations to complete her academic career at such a young age.