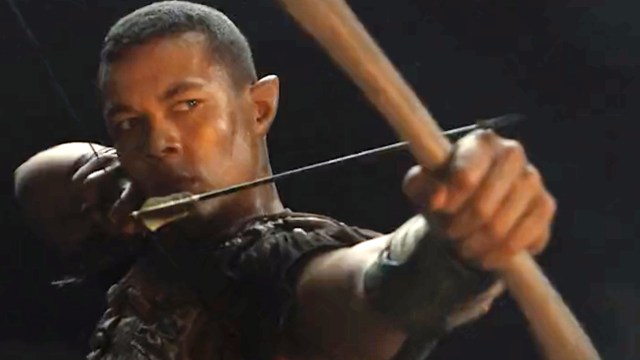 Two blockbuster fantasy series are set to duke it out over the coming months, as HBO Max’s House of the Dragon tests its mettle against Amazon Prime’s The Lord of the Rings: The Rings of Power.

Both shows are expansions of existing properties, with House of the Dragon set to grow the lore and history surrounding Game of Thrones and Rings of Power zeroing in on a largely-unexplored era in Lord of the Rings canon. The shows are releasing within weeks of each other, and will broadly overlap during both show’s debut seasons. House of the Dragon dropped its first episode on Aug. 21, with subsequent episodes set to follow weekly on Sundays, and Rings of Power will see its first episode arrive on Thursday, Sept. 1. The shows aren’t releasing on the same day, but their content all but guarantees that the series will serve as keen competitors.

In hopes of keeping focus on Rings of Power alive, in the wake of House of the Dragon‘s official debut, the official Twitter account for the series teased a new trailer for the impending show. A succinct tweet posted by the @LOTRonPrime account promised a “new trailer tomorrow” in the early hours of Aug. 22, and fans are already leaning into the hype. Responses to the post are split down the middle, as one half of the fandom reacts in delight, and the other with cynical dismissal.

While a number of longtime Lord of the Rings fans are delighted at the notion of more Middle Earth content, a large portion of the fandom is already dismissing the series as a dud. They’re convinced that the series will be nothing but a cynical cash-grab, and are determined to see the show dead on arrival.

Backlash against the show is largely following expected patterns, with a portion of the reaction branching off into racism and bigotry while genuine fans simply share dread over a revisited fandom. Those viewers not reacting in disgust at the notion of a diverse cast are more concerned that Amazon Prime’s series will ruin Lord of the Rings‘ legacy, a fair — but untested — concern. Far too many fandoms have been ruined — or at least tested — by excessive spin-off, sequels, and follow-ups, but Lord of the Rings is not guaranteed to join their ranks. Fans — cynical and hopeful alike — won’t know if the Amazon Prime series is worthy to sit alongside its film counterparts until the series officially drops, but some of us are determined to remain optimistic.

Let’s just hope the show is actually worth all the hype.