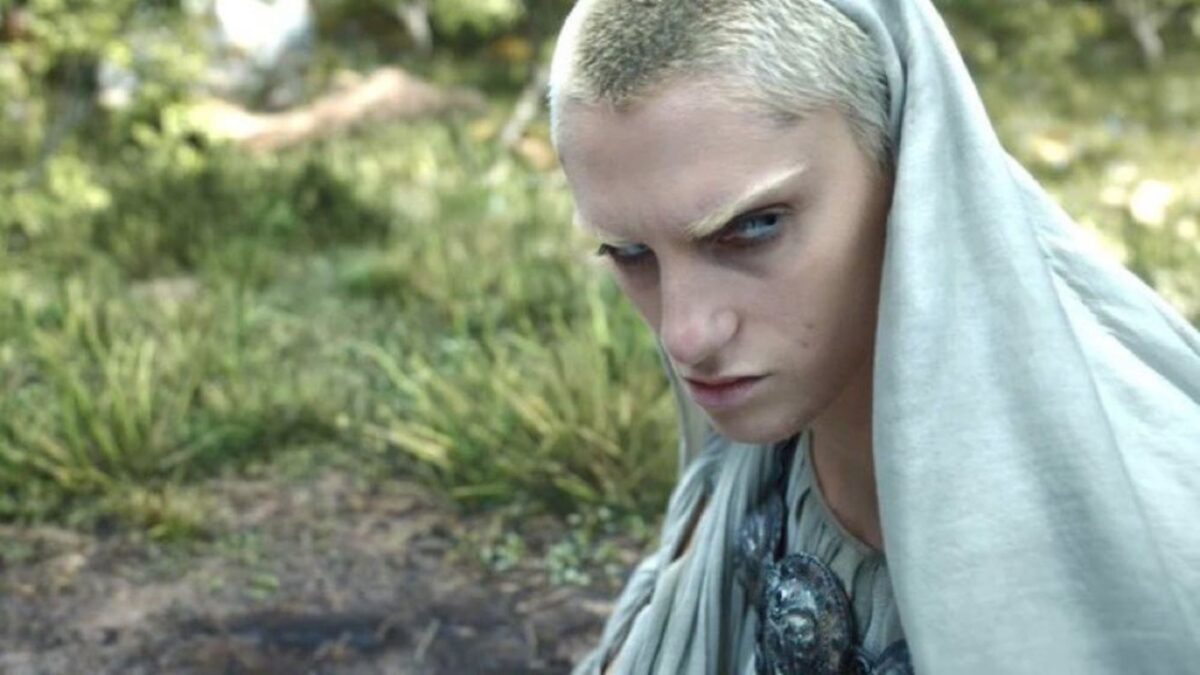 It seems like it’s just not a complete episode of The Rings of Power unless we’re scratching our collective heads wondering who the latest mysterious cast additions are. And this week was no exception, giving audience members an entire trio of enigmatic white-robed figures to banter fan theories about for the coming week.

So who are those guys?

We first encounter these strange new characters, listed in the credits only as The Nomad (Edith Poor), The Ascetic (Kali Kopae), and the seeming leader, The Dweller (Bridie Sisson), as they survey the blasted crater where their fellow mysterious person who is as yet unidentified, The Stranger (Daniel Weyman) fell out of the sky and into Middle-earth. Each carries some sort of talisman — a helm, a shield or bowl, and a mysterious and intricate staff — perhaps indicating their role in the group. The Dweller, who bears the staff, closely examines where The Stranger came to rest. She turns to the others with a look of menace in her eyes.

So who are they? Well, they may be travelers from Middle-earth’s Eastern regions, the land of Rhun. When interviewed by TIME about a promotional image that featured the ascetic (who many fans had theorized may be Sauron in his disguise as Annatar prior to this week’s episode), executive producer Lindsey Weber revealed that the character was a traveler from Rhun, a land not yet encountered in the series or the Peter Jackson films.

“We are enjoying all the speculation online and can tell you Bridie Sisson is an incredible actor. We also thought fans might like to know that her character is traveling from far to the east—from the lands of Rhûn…”

This doesn’t necessarily negate the theory that Sisson could be playing a form of Sauron, who could present in a variety of different forms before the battle of the Last Alliance of Elves and Men when Isildur took the One Ring. It is said that Sauron fled to the East after the destruction of his master, Morgoth — although “East” would have been relative to the lands of Beleriand, which sank hundreds of years before the events of The Rings of Power.

It’s still anyone’s guess as to who exactly the white-robed trio is and whether or not they seek to help the peoples of Middle-earth or to enslave them. Do they seek The Stranger to join him? Or to destroy him? And would either option be a good or bad thing for the Second Age?

With only four episodes left, let’s cross our fingers that we don’t have to wait for season 2 to find out.

New episodes of Lord of the Rings: The Rings of Power stream every Friday on Prime Video.