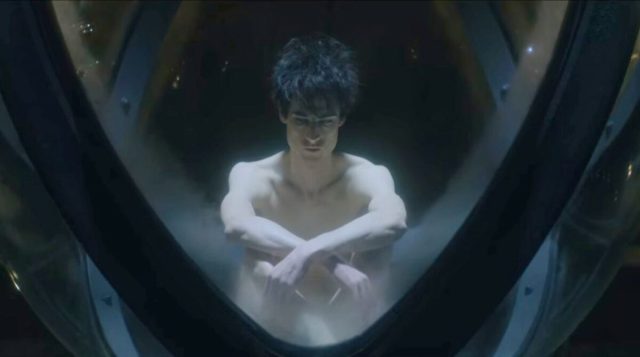 Anyone who is done watching The Sandman is aware that it is not one of those series where you can keep one eye on the show while scrolling on Instagram. The mesmerizing adaptation of Neil Gaiman’s wonderful creation needs your undivided attention as it has a habit of gracing the most pressing questions with rather roundabout answers given in blink-and-miss moments. For example, how did Dream get captured instead of Death when Roderick Burgess’ trap and the spells were clearly meant for the other Endless sibling?

In the first episode of the series, Roderick Burgess, the ruthless and greedy British warlock, is mourning the death of his elder son Randall and wants to trap Death so he can force the entity to bring his son back. He casts the spell meant to catch Death but ends up trapping Dream instead who had been visiting Earth to send the rogue nightmare, the Corinthian, back to the Dreaming.

As the focus of the story shifts to Dream’s century-long imprisonment and its dire after-effects on the Dreaming and the human world, the question is why the Lord of dreams got tangled in Burgess’ trap when the latter’s goal was Death. After he escapes, Dream even asks Death this question, but she merely looks at him and smiles, saying that she knows the trap was meant for her.

The simplest logic that could be applied here is that while the Endless siblings are very strong in their respective realms, we know that at least Dream’s powers were weakened the second he steps on Earth. Perhaps, while the spell Burgess read was definitely for Death, maybe it reeled in Dream instead because 1) Death is also an Endless and 2) he was very weak compared to Death because of his presence on Earth and the spell captured the one Endless it could easily trap.

Well, we could go on theorizing, but during a second binge-watch of The Sandman, we discovered that the query does get an answer — in the seventh episode, “The Doll’s House,” even if it is just in the form of a throwaway line and is never explored in depth.

But in case you were enraptured by Mason Alexander Park’s magnetic presence as Desire — like everyone else — and had a hard time paying attention to the deeper meaning of the crafty Endless sibling’s words, we are here to unpack the answer for you.

Dream getting captured was not a mistake

In the episode, Desire is seen chatting with their twin, Despair, about how Dream has finally managed to escape his prison. According to them, the last 100 years in imprisonment has done nothing to change Dream who is as “smug and self-important as ever.” Desire believes that their brother thinks that the Dreaming is “superior” to their and Despair’s realms.

Despair is quick to comment that whatever plan Desire has cooked up won’t work as the last one and the one before it didn’t pan out the way they wanted either. Before we can try and decipher the meaning behind her words, Desire casually adds how “Nada was a mistake” and “Roderick Burgess was a diversion.”

Yep! Given the other revelations later in the show — how Desire had fathered a child with the sleeping Unity to create a Dream Vortex to bring Dream’s downfall — it is easier to decode what they meant in this scene. At this point, it is crystal clear— Desire didn’t just have a hand in Dream’s capture, they were the puppetmaster pulling the strings.

For those who are truly invested in the show, the fact that Burgess mistakenly trapped Dream with a spell clearly meant for summoning Death and that he never tried to capture her again are hard to digest. After all, Burgess’ aim was to bring his son back, and yet, he is way too quick and happy to give up on his goal once he captures Dream, despite knowing that the latter won’t be able to bring Randall to life.

Desire’s comment that Burgess was a “diversion” means the warlock’s actions were the entity’s doing. While Burgess kept saying that he wanted to bring his son back, perhaps his real “desire” — obviously fueled to a deadly level by the divine personification of the feeling itself— was to be immortal and have immense wealth, power, youth, etc. Maybe he never read the wrong incantation — his overwhelming desire to get his other wishes fulfilled warped the spell in a way that it caught the Sandman instead.

The Endless sibling had been manipulating everyone’s desires all along, whether it was Burgess’ hunger for power, Dr. John Hathaway’s desire to see his own dead son, or Alex Burgess’ desire to prove himself to his father, etc. Desire wanted to bring chaos to the life of their sibling and they left no stone unturned to ensure the same.

Desire used Burgess to keep Dream locked up, knowing that his absence would trigger the Sleepy Sickness. They were aware that Unity Kincaid was the rare and rather destructive Dream Vortex — capable of creating and destroying realms, including the Dreaming. While Dream was in the glass cage, unaware of Desire’s cunning tricks, the latter fathered a child with the sleeping Unity, knowing that her abilities would be transferred in her bloodline as she was unable to be the vortex in her unconscious state.

Thus, though it skipped her daughter as well as her offspring, Miranda Walker, her great-granddaughter, Rose, became the new Dream Vortex — an outcome that Desire had wanted all along. You see, the Endless have to follow a set of cosmic rules, one of which strictly stops Dream from taking the life of a human. The exception to this rule is the Dream Vortex as they can actually destroy the Dreaming and the human world thanks to their ability to bring down the walls between dreams as well as the one separating dreams from the real world.

But as Rose is Desire’s great-granddaughter, thus making her part of the Endless family, Dream killing her would have led to a major catastrophe as he would have unknowingly spilled his kin’s blood. While the consequences are not revealed in The Sandman, the comic books highlight that had Dream killed Rose, the terrifying Kindly Ones would have relentlessly pursued him until he perished.

Thus, moving forward, if and hopefully when Netflix gives The Sandman season two its nod of approval, it would be paramount to remember that whenever something goes wrong, especially when Dream is somehow connected and affected by it, Desire will most probably have a hand in causing it.