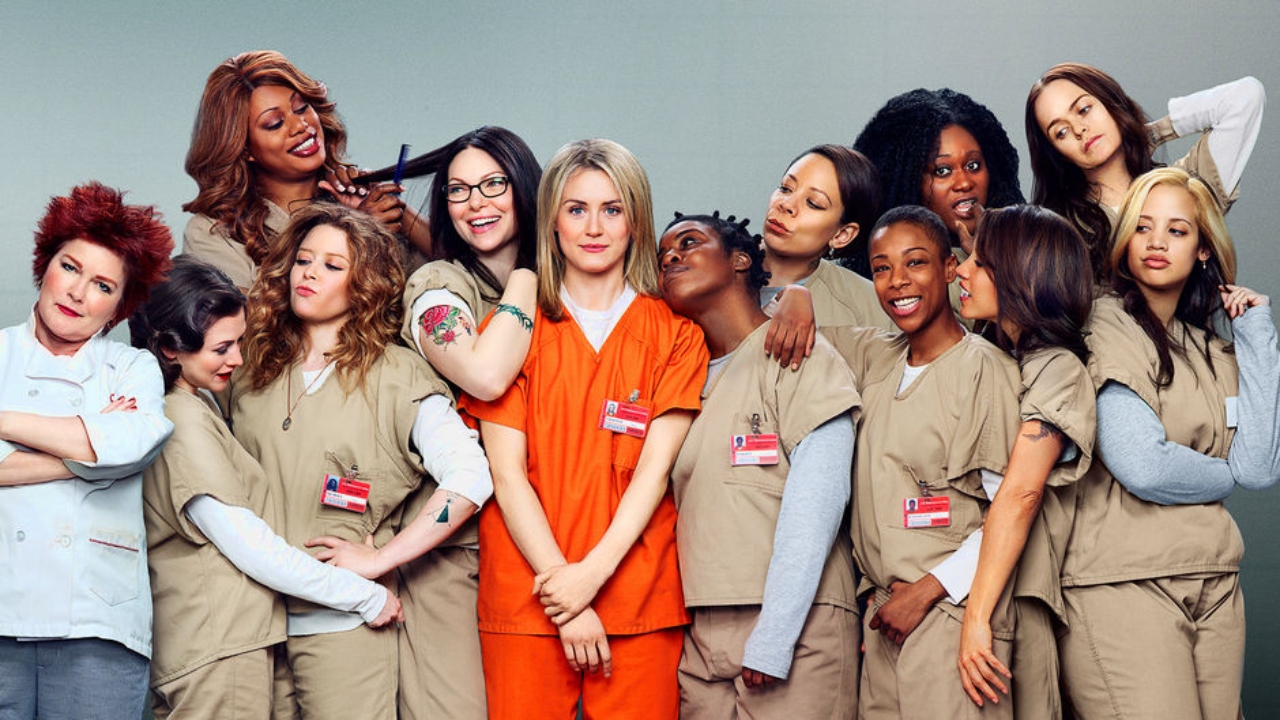 It certainly makes for a refreshing change of pace to see Netflix adding so many LGBTQ+ shows to its catalogue in recent years. At this time, a large percentage of the global population fall under the LGBTQ+ umbrella and obviously, modern entertainment has evolved to cater to that demographic. Although some television series are not explicitly marketed as LGBTQ+ content, there are often certain characters, circumstances, or storylines that correspond with the diverse community.

As much as Liz Feldman’s female-led black comedy series Dead to Me sometimes teases its LGBTQ+ implications (and the urge to add it to the list was far too strong), the relationship is portrayed as too platonic at times for any concrete conclusions to be drawn. However, these LGBTQ+ flicks are one hundred percent, certified gay. While most of them surfaced within the last five years, some are complete trailblazers for the LGBTQ+ community that have existed since as early as 2013.

Released in April 2022, Heartstopper is the most recent LGBTQ+ show to capture the attention of the masses with its timeless love story between high school students Charlie Spring and Nick Nelson. In the series, Charlie is bullied for being openly gay and struggles to find a meaningful romance. When he gets seated next to Nick in form group, the two begin to form an unlikely friendship that blossoms into something more. Filled with touching confessions of love, life lessons, and inspiring interpersonal relationships, Heartstopper navigates life in the LGBTQ+ community without all the senseless violence and disaster, proving that everyone deserves happiness and fulfillment regardless of sexual orientation.

One of the oddballs on the list, She-Ra and the Princesses of Power tells the story of Adora and Catra, two best friends who were trained since childhood to become members of the Horde, a vicious military that believes the princesses are evil and oppresses their homeland, Etheria. When Adora is captured by two rebellion allies, Glimmer and Bow, she learns that the Horde are the truly evil ones and she joins forces with the princesses. In doing so, she begins to see Catra — who despises Adora from then on due to feelings of abandonment — as an enemy to the cause. She-Ra and the Princesses of Power is essentially a friends-to-enemies-to-lovers trope between Adora and Catra as the duo learn that when they set their differences aside, they have a much deeper connection than they ever imagined. For suspense, slow-burning romance, and plenty of laughs, She-Ra is the perfect choice.

Based on the novel of the same name by Kirsten Smith, Trinkets is a teen drama series that follows three shoplifters who meet at a Shoplifters Anonymous meeting and form bonds based on a mutual shoplifting habit. The trio forms an unlikely bond after some hesitation and learns to navigate other problems such as school life and family issues. Elodie is openly lesbian and coincidentally played by Brianna Hildebrand, who is also queer in real life. She is downright adorable, albeit socially awkward and a hopeless romantic, but it only makes her all the more likable. These girls are societal outcasts who find a new purpose in each other and cherish their friendship over all else, which is nothing if not admirable. Trinkets is a hidden gem of a series, mostly written and directed by an all-female filmmaking crew.

I Am Not Okay with This borrows lead stars Sophia Lillis and Wyatt Oleff from Andrés Muschietti’s It to play Sydney Novak and Stanley Barber in this coming-of-age story with a supernatural twist. Throughout the series, Sydney makes friends with the resident weirdo Stanley and juggles a crush on her best friend Dina with the shocking discovery that she has telekinetic powers. Although it occasionally tip-toes around the chemistry between Sydney and Dina in favor of cliché drama, I Am Not Okay with This ties in emotional well-being with exploring sexuality and throws in an extra spice with Sydney’s newfound powers. All in all, the series is a hot mess from start to chaotic finish, but it somehow makes complete sense.

It would be criminal to mention LGBTQ+ shows without including Queer Eye. Whether they’ve watched it or not, everyone has heard about Queer Eye. Featuring the “Fab Five” ⏤ food and wine expert Antoni Porowski, fashion expert Tan France, culture expert Karamo Brown, design expert Bobby Berk, and grooming expert Jonathan Van Ness ⏤ Queer Eye sees the team offer its expertise to a new contestant every episode in order to improve their lifestyle and give them more satisfaction out of life. Praised especially for representing the LGBTQ+ community and people of color, Queer Eye has an endearing sense of style, charm and fun, getting better and better with each episode. For an addictive binge-watch, Queer Eye has you covered.

The stars of Netflix's 'Heartstopper'
1 of 2

Robia Rashid’s Atypical focuses on 18-year-old Sam Gardner, who is on the autism spectrum. When Sam decides that it’s time to find a girlfriend, the series follows him on a journey as he searches for love and independence. As the series progresses, Sam’s younger sister (played by Brigette Lundy-Paine) Casey — who is in a relationship with a boy — begins to question her feelings for a new female friend. Lundy-Paine is not only a non-binary individual, but they are also a passionate activist, having participated in the Black Lives Matter movement. One of the biggest and most appealing qualities that Atypical brings to the table is its diversity. It has a creator who is a woman of color, a non-binary star, and women and people of color both in front of and behind the camera.

As its name suggests, Feel Good is a “feel-good” series, encapsulating everything it means to be gay in a modern world. Feel Good is a semi-autobiographical British romantic comedy starring Mae Martin as themself and Charlotte Ritchie as Mae’s girlfriend George. In contemporary Manchester, Mae and George develop a romance after meeting at the comedy club where Mae performs (Mae Martin is a comedian in real life, too). George encourages Mae to attend a Narcotics Anonymous meeting for fellow addicts after learning of their drug addiction. Feel Good explores Mae’s addiction as well as George’s reluctance to come out and tell friends and family about her relationship with Mae. Not only are they non-binary, but Martin is also bisexual and has described themselves as “a queer person.” Not only is Feel Good created by (and starring) a queer person, it feels authentic, insightful, and incredibly impactful.

Starring Ryan O’Connell and based on his memoir I’m Special: And Other Lies We Tell Ourselves, the dramedy series Special is a semi-autobiographical account of Ryan’s life as a gay man with cerebral palsy as he pursues new friendships, relationships, and self-sufficiency. O’Connell is openly gay and his on-screen counterpart actively searches for a male companion, encouraged by his friends Kim and Carey. Moreover, Ryan’s love interest, Tanner, is in an open relationship with a man named Richard, therefore the series explores non-monogamous relationships as well as common LGBTQ+ issues. Special emancipates LGBTQ+ people and anyone with disabilities who feels inadequate or unworthy of love. It really is just heartwarming and eye-opening.

How could we ever forget Orange is the New Black? Starring openly queer actresses Taylor Schilling (Piper), Samira Wiley (Poussey), Lea DeLaria (Big Boo), Vicci Martinez (Daddy), and Emily Tarver (McCullough) and transgender actress Laverne Cox, Orange is the New Black is the epitome of diversity and inclusion. The series is based on Piper Kerman’s memoir Orange is the New Black: My Year in a Women’s Prison and revolves around Piper Chapman, a recently incarcerated felon, and her interactions with the other female prisoners. Having released seven seasons overall, Orange is the New Black explores sexuality, religion, morality, love, racism, and manages to walk the fine line between dramatization and hard-hitting reality.