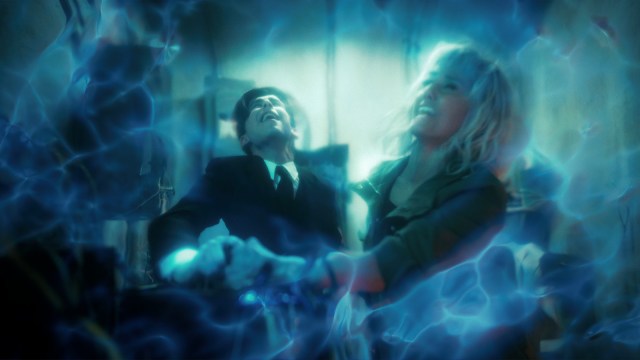 After thwarting the end of their reality for the third time in almost a month, the siblings find themselves transported to an alternate dimension where Reginald Hargreeves reigns supreme as what appears to be an infinitely wealthy CEO, with several enormous skyscrapers garnished with his name surrounding our protagonists. To make matters even more complicated, they find themselves without their powers, a nuance that brings either delight or chagrin depending on which sibling you ask.

Like just about everyone else, scene-stealer Aidan Gallagher, who plays Number Five on the show, is curious to see how events will advance from here, assuming the show gets picked up for a fourth season. In an interview with Entertainment Weekly, Gallagher noted that each character would likely have a different reaction to losing their powers, which would then shape how they choose to exist in this new reality.

I think it depends on the siblings. Who’s going to end up wrestling with this reality versus accept it and try to cut out a semblance of a normal life? Some of us should open a bakery. A couple of us running a shop? Could be fun!

Whatever’s going to happen, the only place that information can be found is inside the head of Steve Blackman; with the release of season three, The Umbrella Academy Netflix series is now ahead of its source material, namely the comic book of the same name. So, whatever comes next will be an entirely original story; a story that fans will no doubt be delighted to sink their teeth into.

The Umbrella Academy is currently available to stream on Netflix.