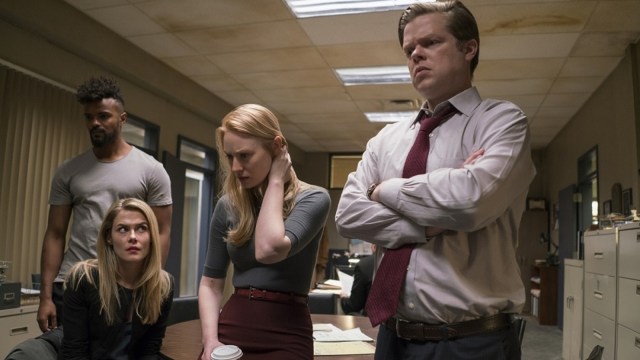 When it comes to The Defenders, one would think that the most important component — the glue that holds the team together — would be one of its core members; Daredevil, Luke Cage, Jessica Jones or Iron Fist (Punisher, who’s an anti-hero, doesn’t really count in this regard). But it isn’t. If not for the main heroes, who else could be the saving grace of Hell’s Kitchen’s Avengers equivalent? Let’s take a closer look at the supporting cast, namely Foggy Nelson, Malcolm Ducasse, Karen Page and Trish Walker. Both Malcolm and Trish are vital to Jessica’s character arc, but not as relevant to the others. Foggy is Daredevil’s go-to, but he doesn’t have much significance in the other shows. So that leaves Karen Page, who is, in fact, the unheralded anchor of The Defenders. And Reddit agrees in a shockingly rare moment of appreciation.

After a rewatch of the Defender Saga, one Redditor identified that Karen Page was the strongest ally to all four heroes and undergoes the most “beautiful” character arc of all; the icing on the cake is that she’s genuinely — at her core — an interesting character and not just another damsel in distress. Arguably, neither is Trish, nor Malcolm, nor Foggy, but they’re just not as integrated into the grand overarching narrative as Karen is. Not only that, but Karen has an on-again, off-again relationship with both Daredevil and Punisher, so she’s fairly consistently present. Unfortunately for Karen Page actress Deborah Ann Woll, her character is often overshadowed by Charlie Cox’s Matt Murdock, but fans are hopeful that with the announcement of Daredevil: Born Again, Woll will be reprising her role.

Knowledgable comic-readers noted that in the Born Again comic series, Karen Page is portrayed as a drug addict who sells Daredevil’s true identity for another high, similar to Malcolm — an ex-addict being exploited by Kilgrave to take candid photographs of Jessica Jones in exchange for doses of heroine. However, another comment countered that suggestions by mentioning that the window of opportunity — as far as continuity in the Daredevil and Defenders universe — has already passed, sadly.

Another comment hilariously compared Karen Page to the common slang “to be a Karen.” Karen is a pejorative term for a white woman who uses white privilege to demand their own way and are perceived as overly entitled or demanding. Thankfully, Karen Page is nothing of the sort, so she’s the one Karen (out of very few) that hasn’t offended half the world.

Strangely, the generally popular opinion is that Karen Page isn’t well-liked among the Defenders and Daredevil fans and many viewer actually frown upon her relationship with Matt — especially Matt and Elektra devotees. But in reality, there are a fair few Karen supporters who find her character vital to the story and couldn’t imagine either Daredevil or The Defenders without her. It’s an age-old debate regarding who Karen should end up with — Matt or Frank — and it won’t even be resolved until Netflix and Marvel make a decision one way or another.

Naturally, where there are fans, there will always be haters. Not everyone likes Karen (and no one likes a Karen), but we can unanimously agree that Deborah Ann Woll, regardless of one’s opinions on her character, delivered — and continues to deliver — a knock-out performance. In whatever capacity it may be, we speak for many Marvels fans when we say Woll will be welcomed back to the role with open arms.