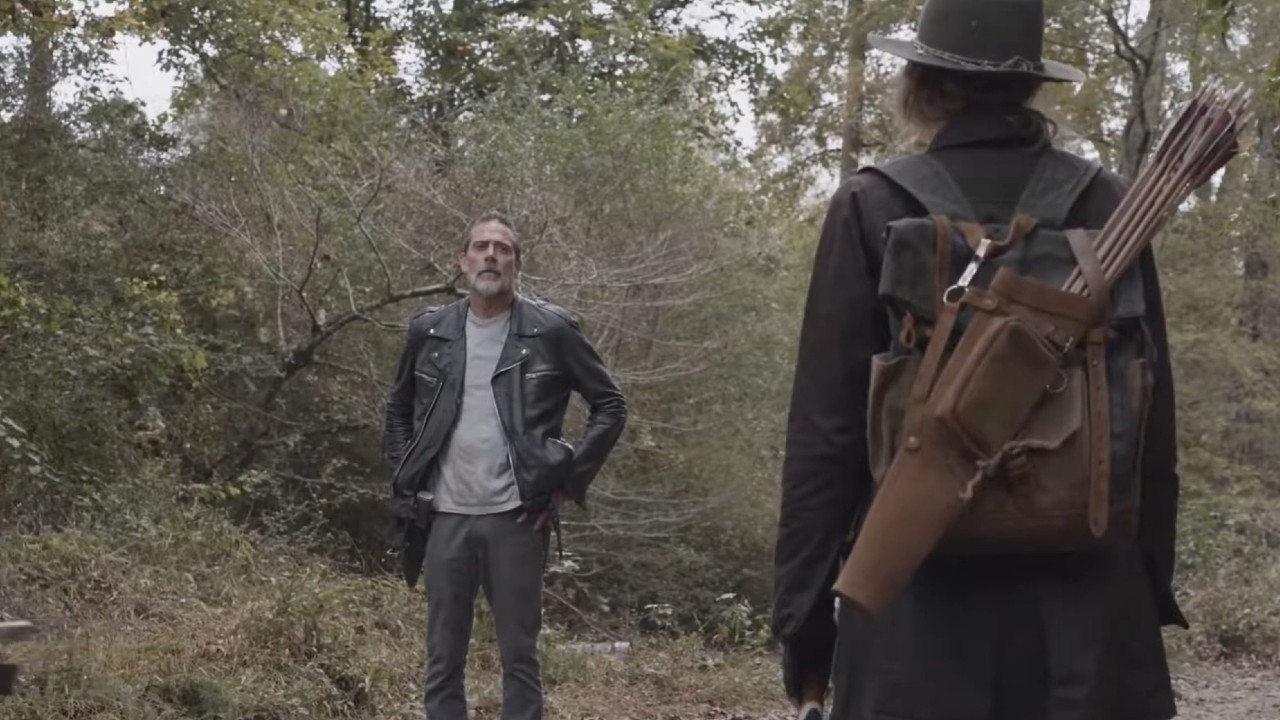 Quite the odd couple will be helming a new The Walking Dead spinoff show called Isle of the Dead and starring none other than Jeffrey Dean Morgan and Lauran Cohan.

In case you weren’t already aware, Morgan’s Negan has long been a subject of much hatred from Cohan’s Maggie ever since her husband’s former killer, Steven Yeun’s Glenn, back in 2016.

However, in the 11th and final season of The Walking Dead, Negan and Maggie have formed an uneasy alliance in their mutual continued struggle for survival. Negan, having served some time and long ago, hung up his baseball bat Lucille.

The six-episode Isle of the Dead is expected to air in 2023 and takes place in a now-zombie infested Manhattan, New York, Deadline reports.

It is just one of several spinoffs of the franchise, which also includes:

The showrunner for Isle of the Dead will be Eli Jorné, a seasoned writer and co-executive producer of The Walking Dead.

For a while there, it seemed like Cohan may have been completely done with the franchise after a high-profile contract negotiation led to her leaving The Walking Dead in 2018. She has since made a comeback by returning for the season 10 finale and has been part of the series’ swan song season as a main player ever since.