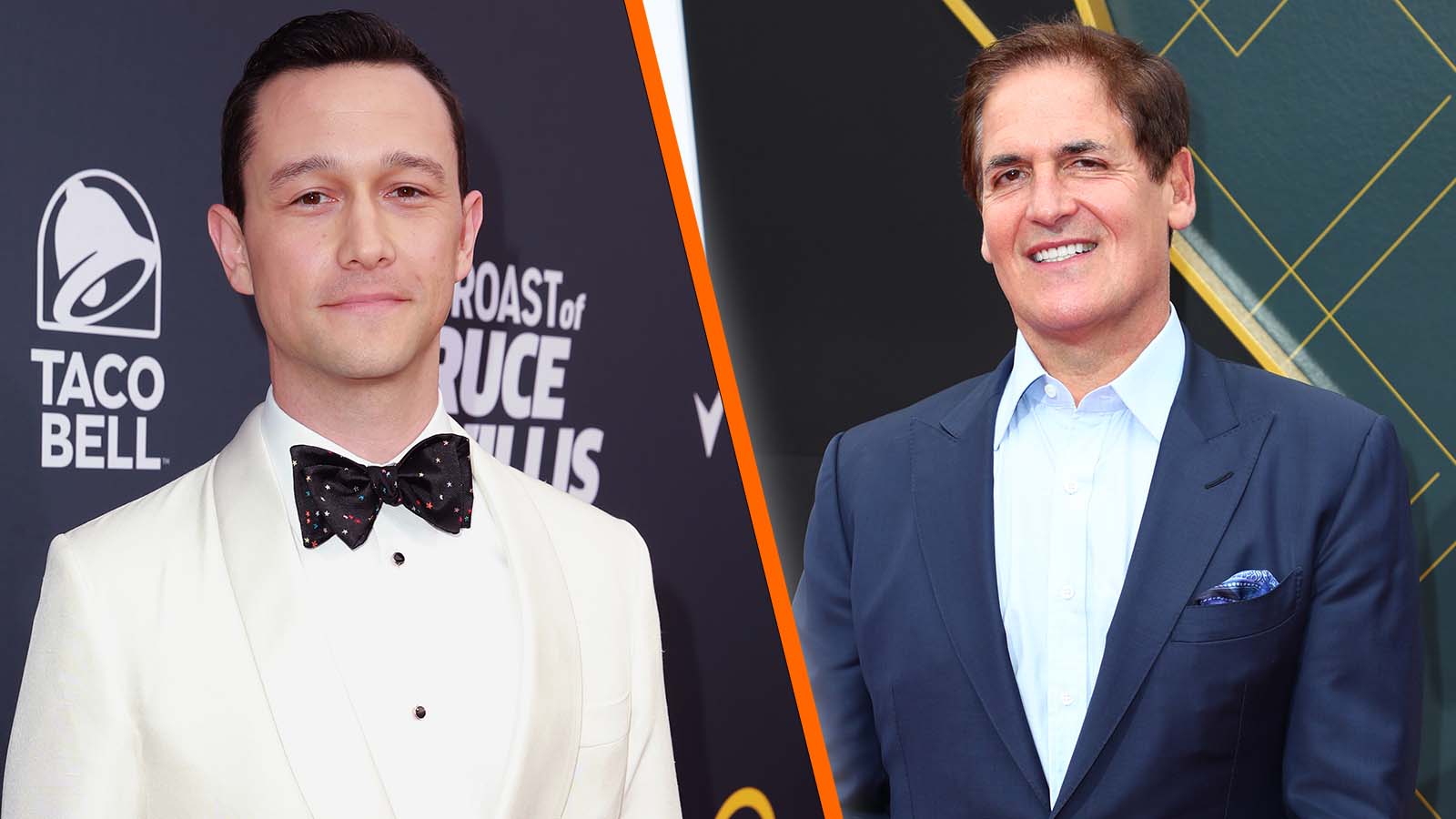 Joseph Gordon-Levitt stars in the upcoming Showtime series Super Pumped: The Battle for Uber, in which he plays Travis Kalanick, the co-founder and former CEO of Uber, as he attempts to take the company from tech start-up to a Fortune 500 company.

As is only fitting in the world of mega-investors and tech start ups, Mark Cuban had a connection to the early days of Uber; according to Levitt, “[Cuban] invested in Travis’ company before Uber, Red Swoosh — and he passed on Uber.”

Levitt is a self-admitted superfan of NBC’s Shark Tank, and when he found out that Super Pumped co-cretor Brian Koppelman was having dinner with Cuba, he decided to record a video asking the entrepreneur to portray himself in the series. Cuban responded with a video telling Levitt that if he wanted him to be on the show, he would need to “kiss up a lot more than that.”

Levitt’s wife urged him to follow up, so he made a second video in which, forgoing his Los Angles Lakers pride, he donned a Dallas Mavericks cap and shouts, “go Mavs.” Levitt goes on to say, “back in 2011, western conference finals, the better team won. Dirk Navistky’s amazing. Go Mavs, go Mavs. And have you seen their owner? So handsome and intelligent.”

Apparently this was all Cuban needed to hear to say yes. The cast also includes Kyle Chandler, Hank Azaria, and Uma Thurman, and Quentin Tarantino will serve as the show’s narrator.

You can read the show’s full synopis here:

Based on the true story behind one of Silicon Valley’s most successful unicorns and the meteoric rise and fall of Uber founder, Travis Kalanick. Driven by a vision of a transportation revolution, Kalanick takes a win-at-all-costs approach to forge the fledgling start-up into a multi-billion-dollar colossus with the help of venture capitalist Bill Gurley and board member Arianna Huffington. But every surge comes with a price – and his appetite for disruption threatens to be the downfall of it all.

Super Pumped: The Battle for Uber will premiere on Showtime this upcoming Sunday, Feb. 27th.