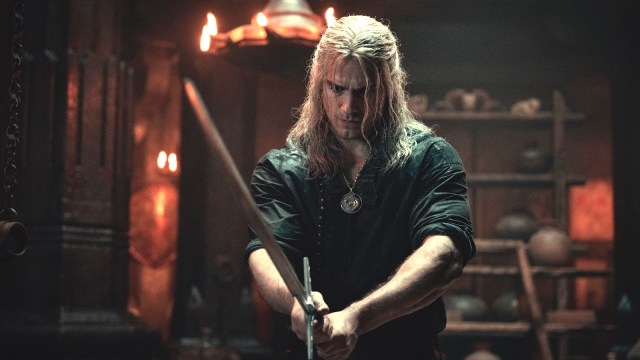 There is no doubt that Netflix’s The Witcher is a winner in every way, whether it is in terms of storyline, performances, props, or special effects. But there is no denying that its MVP from day one has been Henry Cavill. Many have tuned into the show and have ardently followed it solely because the Enola Homes star leads it. But apparently, fans of the show will have to find something else to rally around as Cavill is all set to leave the show.

In a bittersweet announcement, Netflix has revealed that The Witcher has been renewed for a fourth season. Sadly, when the hit series does make a return for its fourth innings, fans will be seeing a new Geralt of Rivia running the show as Henry Cavill will be bidding farewell to the character. In his stead, Liam Hemsworth will take up the role.

Neither Netflix nor Cavill have divulged any reasons for the sudden change. This decision certainly doesn’t stem from the books the series is based on as no such unexpected twist lies in their pages. As far as Cavill is concerned, he is more than happy to “pass the torch” to Hemsworth.

“My journey as Geralt of Rivia has been filled with both monsters and adventures, and alas, I will be laying down my medallion and my swords for Season 4. In my stead, the fantastic Mr Liam Hemsworth will be taking up the mantle of the White Wolf. As with the greatest of literary characters, I pass the torch with reverence for the time spent embodying Geralt and enthusiasm to see Liam’s take on this most fascinating and nuanced of men. Liam, good sir, this character has such a wonderful depth to him, enjoy diving in and seeing what you can find.”

Hemsworth has also echoed the actor’s sentiments and expressed how he is “over the moon” about getting the chance to play Geralt of Rivia, who has been immortalized thanks to Cavill’s incredible performance.

“Henry, I’ve been a fan of yours for years and was inspired by what you brought to this beloved character. I may have some big boots to fill, but I’m truly excited to be stepping into The Witcher world.”

The shocking announcement comes after Cavill’s return to the DCEU as Superman/Clark Kent was recently confirmed. Is he ditching The Witcher for Superman? All we can do is speculate unless Netflix or the actor himself offers some answers. Until then, we will have to find solace in the fact that his farewell isn’t abrupt and fans will get the chance to say a proper goodbye when he returns as the White Wolf when the third season releases on Netflix sometime in mid-2023.