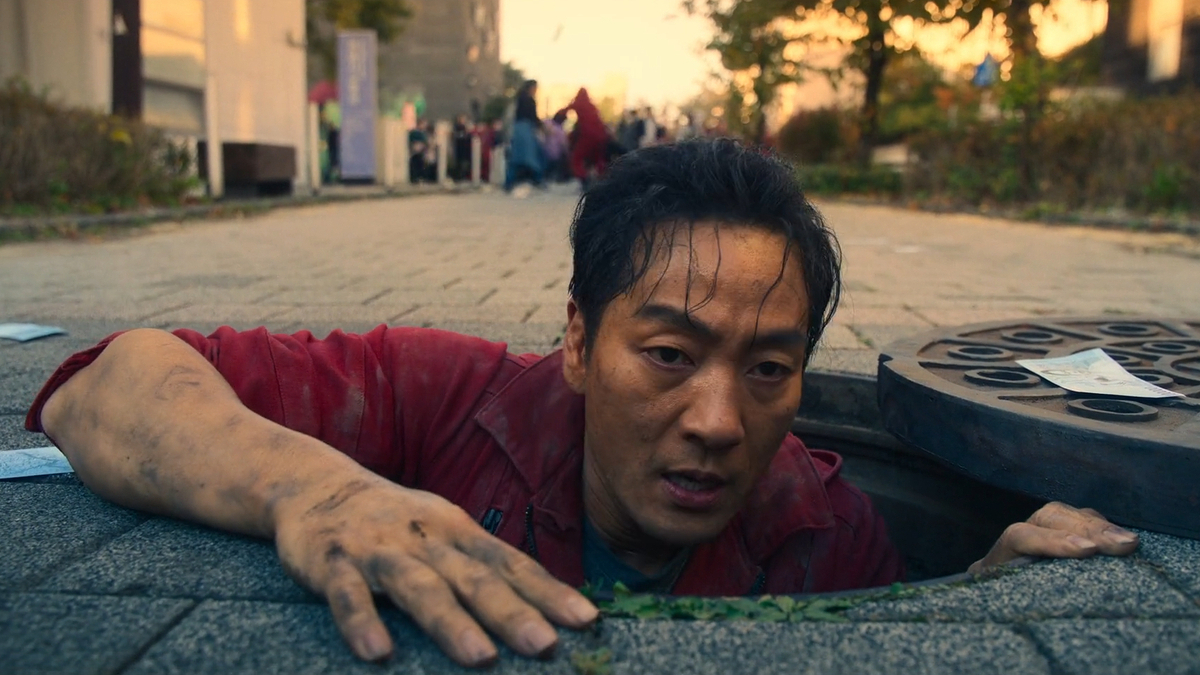 In 2017, Money Heist took the world by storm, having millions of viewers root for a group of robbers intent on taking matters into their own hands… by printing their own money. Following its success, a Korean adaptation was created, as a way to take this thrilling story to Eastern audiences. The remake was thus titled Money Heist: Korea – Joint Economic Area.

Overall, Money Heist: Korea is considered a faithful adaptation of the original. Too faithful, many would argue. The remake’s plot is the same, as so are many of the scenes, which leads to some viewers finding the story way too predictable. Nonetheless, there are differences — some subtle, some major — between the two versions of the show, which act as a much-needed breath of fresh air. Because it’s only fair to give credit where it’s due, here is a rundown of how Money Heist: Korea successfully steps away from its source material.

The Spanish version of the series became widely known for its political undertones, inspiring many protests around the globe. The remake, however, saw the series’ potential to go even further. Set in a futuristic Korean peninsula on the verge of reunification, the adaptation dives into the political and economic exploitation of the Joint Economic Area by those in power, giving faces to the ultimate villains of the show — the politicians. They are characterized as greedy abusers of power, who stop at nothing to fulfill their personal goals.

Through these characters, Money Heist: Korea dedicates more time to exploring the cultural context of the show and establishes personal connections between the robbers and the political figures. This aids in creating a more significant divide between those who have it all and those left with nothing, driving home the overall message of the show.

Berlin is undoubtedly one of the most interesting characters in the series, despite the Spanish version’s most morally reproachable actions — i.e., taking advantage of a hostage, forcing her to stay with him while facing down gunfire, and being overtly sexist. The character’s ruthlessness and narcissism make for a fascinating watch, which translates well into the Korean remake. The key difference is that this version of Berlin has been fighting for freedom his whole life, having been detained and abused in a North Korean concentration camp from a young age. This much more brutal backstory changes Berlin’s character, stripping away some of his most aversive traits, while still giving him enough spice to retain the character’s essence.

One of the biggest plot twists in Money Heist: Korea was Berlin escaping the police alive. In the original series, fans were destroyed over the fan-favorite character’s death, but it did make for a great conclusion to that version of the character. It was not only a final act of selflessness but also the only one in his life. In the adaptation, however, his sacrifice would not add anything to Berlin’s character arc, considering how different he is. Instead, the show subverted viewers’ expectations, allowing Berlin and Seoul to leave without a penny, but victorious, nonetheless.

While some might be disappointed by the lack of passionate romance between Tokyo and Rio in the remake, there is some gratification to be found in a good slow burn. In fairness, a quick escalation would not have worked as well in the remake as it did in the original, and that is because these are not the same characters. While Rio remains more or less the same, Korean Tokyo is in no way the largely hated ticking time bomb viewers were previously used to. She’s still a ruthless badass when needed, but less likely to screw up due to her impulsiveness. In the eyes of many viewers, this makes Tokyo a much more likable character.

Thus, while Rio’s more immature nature still leads to him crushing on Tokyo, the changes in her character’s backstory and personality make her more prudent when it comes to romance. This results in an endearing dynamic, with Rio openly expressing his adoration for Tokyo, while she fondly looks on and protects him, without giving too much of herself away… just yet. If Money Heist: Korea comes back with a third part, the development of these characters’ relationship will have a much bigger payoff.

In the Spanish Money Heist, some of the hostages managed to escape the Royal Mint by blowing up a back door. The Korean adaptation, though, complicates the hostages’ task by having the robbers find out about the escape plan in time and barricading the opening before anyone gets out. The twist doesn’t end there, however.

In coordination with the police, the hostages quietly get away from the robbers during a gunfight, making their way to the roof. There, they must jump down into a life net before the robbers figure out the true plan and stop them. The thrilling situation concludes with Berlin jumping from the roof himself, right in time to catch the U.S. Ambassador’s daughter, and hanging on to a rope one-handedly. The team was incredibly close to losing their only advantage over the police.

6. How the inspector finds the professor

In both versions of Money Heist, at the end of part two, the police inspector finds and joins the professor in another country. This marks a new beginning in their relationship, now free of lies, as the inspector finally embraces a new life outside of the law. Needless to say, it’s a pretty important scene for both characters, who for so long played on opposite sides.

In the original show, the inspector travels to another country after figuring out that the professor has been sending her postcards with coordinates. At the exact location marked, she finds the professor, waiting for her. In the remake, however, this reunion isn’t as clear cut; the inspector gets no solid answer regarding her beloved’s whereabouts but takes a leap of faith and searches for him anyway.

A few times during the course of part two, the characters talk about traveling, and the professor shows the inspector a postcard of the Ukrainian city of Kherson. He mentions how he’d like to visit the city, and at one point the inspector even suggests that the two of them go there together. Anyone familiar with the principle of Chekhov’s gun can see how this detail results in a bigger payoff than the coordinates. If the postcard was there, it was bound to be significant — and it was. A year after the robbers’ escape, the inspector finds the postcard again, and it’s what inspires her to make her way to Kherson. As it turned out, the professor traveled there and lay in wait, hoping that she would one day find him.

While Money Heist: Korea may have its weaknesses, all these details make it worth a watch. Both versions of the show are available for streaming on Netflix.