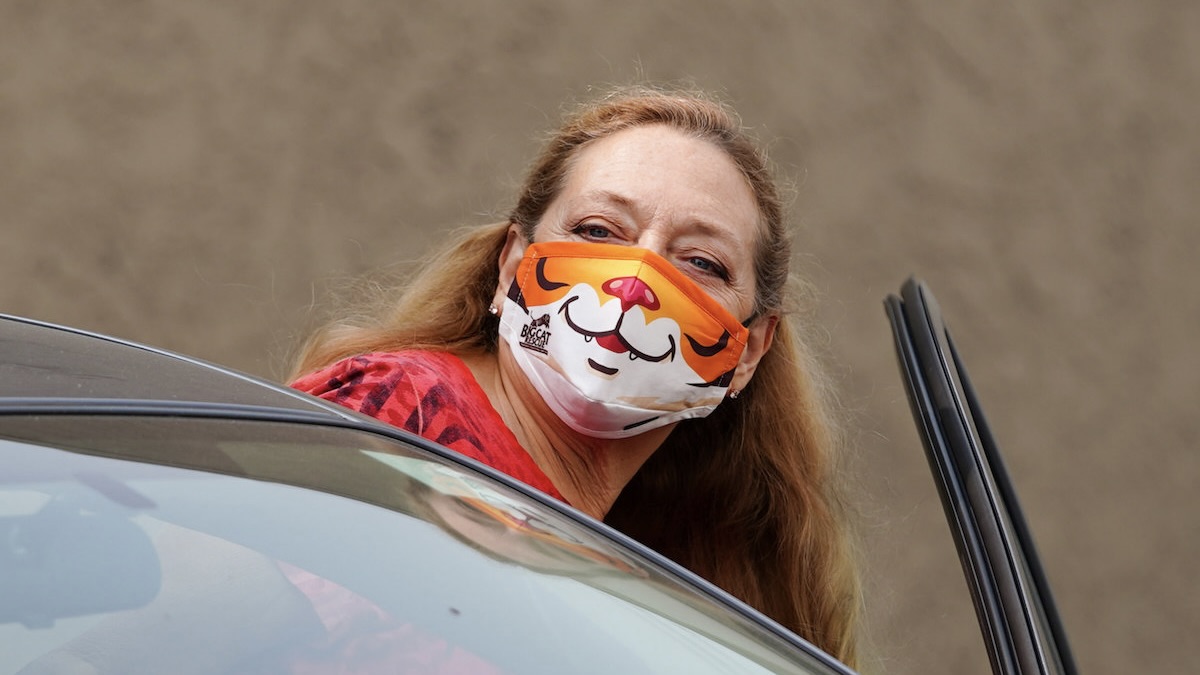 Love her or hate her, America’s best-known cat lady, Carole Baskin, is creating an online stir again after a 2021 interview with ITV’s This Morning featuring the Tiger King star went viral. In the interview, Baskin claims that her husband, Don Lewis, who went missing under mysterious circumstances in 1997, has been found alive in Costa Rica. But authorities aren’t backing her.

“One of the really exciting things that came out of ‘Tiger King 2’ is that they produced a letter from Homeland Security,” Baskin told This Morning during the 2021 segment. “They said my husband, Don Lewis, is alive and well in Costa Rica and yet all of this drama has been made about me having something to do with his disappearance when Homeland Security has known where he is.”

Baskin married Jack Don Lewis in 1991. After Lewis went missing in 1997, Baskin claimed that Lewis had frequently flown to Costa Rica during their marriage and that he had extensive real estate holdings there. Lewis was declared legally deceased in 202. However, his missing person case is still open. Tiger King‘s star and subject, Joe Exotic aka Joseph Allen Maldonado repeatedly voiced his belief that Baskin was responsible for Lewis’ disappearance — a contention that was hotly debated by Tiger King viewers following the show’s massive success. Baskin did not participate in the making of the Tiger King sequel.

The “revelation” that Lewis is alive has gone viral over social media, but anyone celebrating the “fact” is likely doing so prematurely. According to the Hillsborough County Sheriff’s Office, which is in charge of Lewis’ missing person case, Jack Don Lewis is still listed as a “missing endangered adult” and is still being considered a priority. According to the New York Post, the office has received no confirmation that Lewis is alive, in Costa Rica or elsewhere. “We continue to push hard on this case. … We still have some avenues. Not a week goes by that we don’t have our hand in this case,” lead detective Cpl. Moises Garcia told the Tampa Bay Times.

In the meantime, lawyers for Joe Exotic, who was found guilty in 2019 of hiring two men to murder Baskin, have responded to Baskin’s latest claim. He is not alive,” layer John Phillips stated on Facebook “The 2021 report by Carole Baskin was further unsupported allegation. It’s being republished as if it has veracity. It doesn’t.”