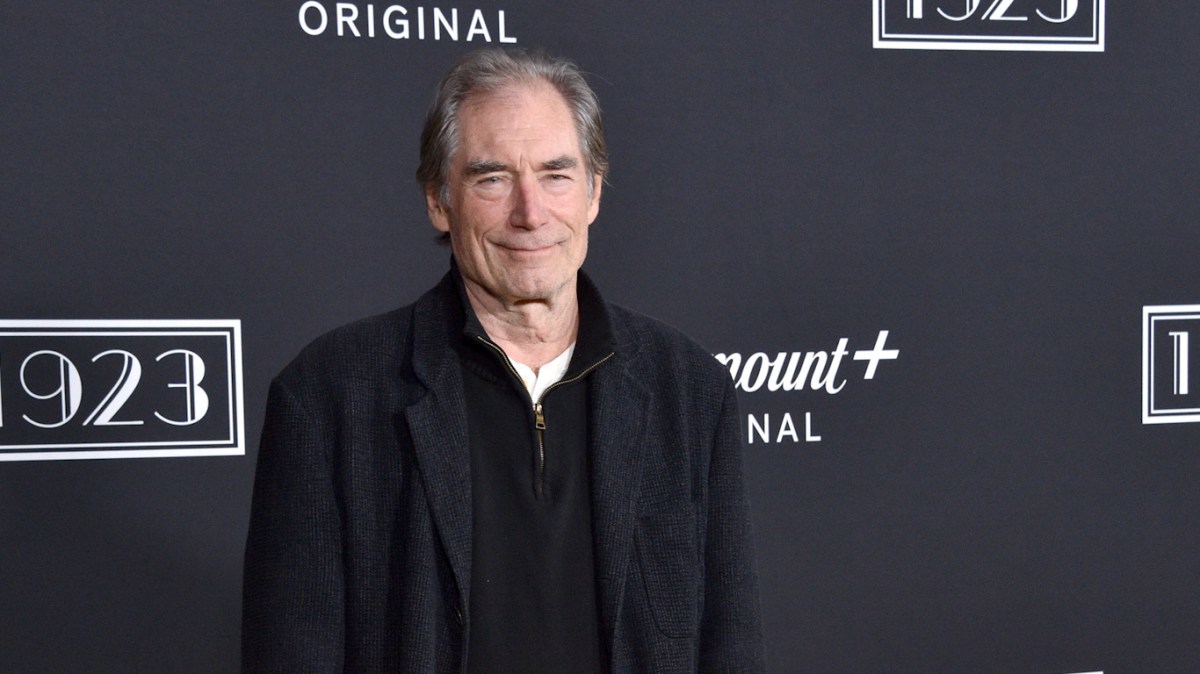 It can be hard to keep track of all the Yellowstone prequels, mainly because they’re titled with numbers instead of names. The latest one is called 1923, and the latest episode features what promises to be one of the most iconic Dutton-family villains: Timothy Dalton as Donald Whitfield.

The show, which is set after the events of 1883 but before Yellowstone, boasts one of the highest profile casts in any TV show of the modern era. The show features bonafide movie stars Helen Mirren and Harrison Ford, as well as Jerome Flynn, Michelle Randolph, and Robert Patrick, among others.

In a sneak peek courtesy of Collider, we get to see Dalton in action against costar Flynn, who you may know as Bronn from Game of Thrones. The site shared a photo of Dalton at a wooden desk in a very expensive looking room while Flynn stands before him with what looks like his hat in his hands.

Dalton, who portrayed James Bond in the ’80s, looks absolutely menacing in the photos, and in one he’s standing really close to Flynn and shaking his hand but it feels incredibly ominous. Dalton looks like he’d do absolutely anything to anyone that stands in his way. Should be fun!

Paramount describes Dalton’s character as a “powerful, self-confident man who reeks of wealth and the lack of empathy it requires to attain it. He is intimidating and nefarious and is used to getting what he wants.” The first season of the show is reportedly one of the most expensive ever made on TV, with each episode costing between $30 to $35 million.

Yellowstone has been a bit of a conundrum because it’s the most watched cable TV show but it’s largely ignored by critics and award shows. The first prequel 1883 got the biggest audience for a cable show since 2015.

The Timothy Dalton episode of 1923 premieres on January 8.