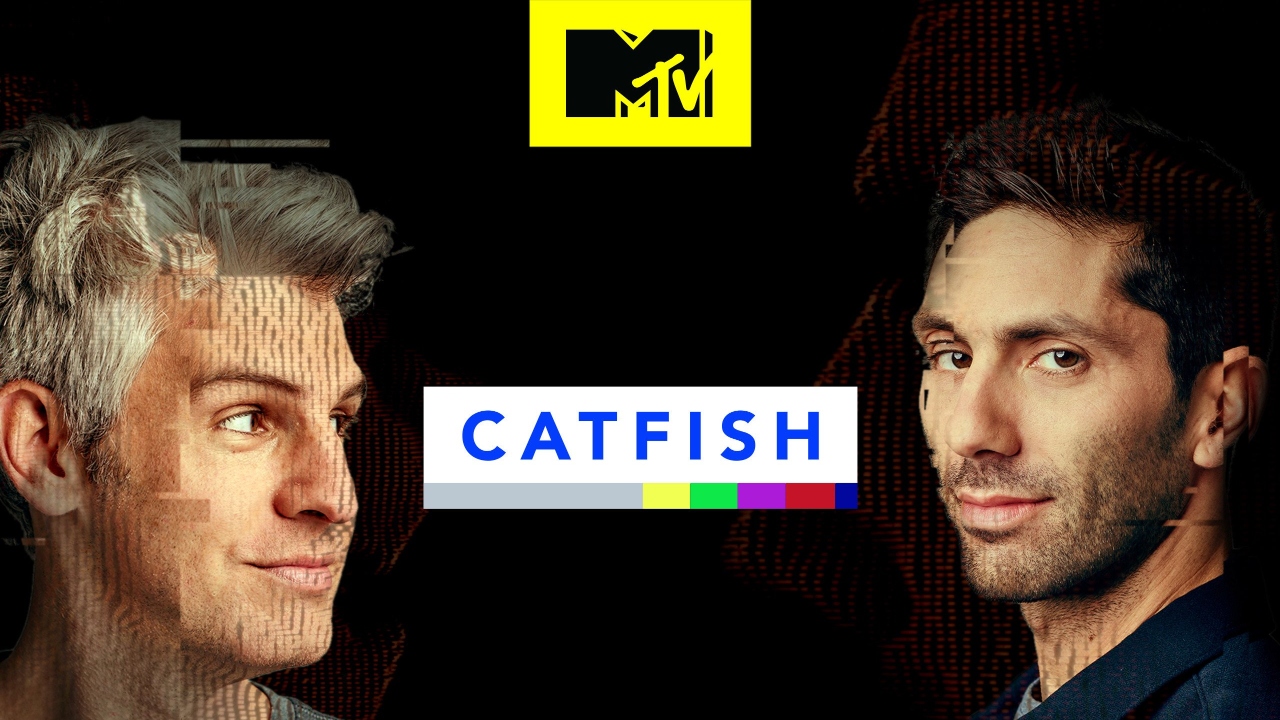 Reality-based documentary series Catfish: The TV Show has been airing on MTV since 2012. In 2010, the Catfish documentary film starring Nev Schulman first coined the term catfishing: a type of deceptive activity involving a person creating a fake social networking presence for nefarious purposes. Catfish chronicles Nev’s real experiences as a hopeless romantic who falls in love online, only to discover that his romantic pursuit has more twists and turns than initially expected.

Since its premiere, Catfish: The TV Show has released eight seasons so far, with more expected to follow. In that time, Nev and Max (and now Kamie) have helped form relationships and uncover the truth, journeying far and wide to make dreams come true—for better or worse. Over the years, there have been some Catfish episodes that stood out from the crowd, not often for good reasons.

Catfish started off the second half of the fourth season with a bang. Nev and Max introduced us to Tiana, who has been talking to James for three years after meeting him on MySpace. They were so serious that Tiana even moved to North Carolina to be with him, but as with most Catfish episodes, not everything went according to plan.

When Tiana and her BFF Aisha met “James”, he turned out to be Trez, the father of one of Aisha’s children. Trez turns out to be in love with Tiana. Tiana realized that Trez is the person that she fell in love with too, so they tried to make it work. As it turns out, Tiana and Trez didn’t work out, and Tiana ended her friendship with Aisha too.

In the shocking premiere of Catfish Season 4, Miracle enlisted the help of Nev and Max to pursue a man that she had fallen in love with online named Javonni. As he claimed, Javonni was a music producer, but Miracle wanted to dig deeper to find out more. Miracle got what she wanted: the truth. Javonni was the brainchild of a husband and wife duo named Rickie and Kara.

As it turns out, Miracle had been talking to Kara, the wife of Rickie, and whenever she spoke to “Javonni” over the phone, it was Rickie’s masculine-sounding voice that substituted for Kara to keep the act going. Even worse, Rickie was aware of everything all along and never encouraged Kara—who victim-blamed Miracle for the whole ordeal—to stop. Not even once.

Jumping forward to Season 7, 19-year-old Mike reaches out to Nev and his guest host Jane Carrey to pursue a romantic relationship with his online lover, Joey. In the episode, Nev and Jane take Mike to see Joey—who turned out to be Mikey—and the reveal only added fuel to the fire. All the time that Mike was texting “Joey”, he was actually conversing iwith Mikey, his ex-best friend from high school.

To make matters worse, Mikey claimed that Mike slept with an ex-boyfriend of his at a party and he wanted to get revenge. Mikey decided to create a fake profile, find Mike on Grindr and manipulate him to “break his heart like he broke mine.” Months later, Mike and Mikey patched things up, despite all the mistrust and deception between them.

In this episode, we meet Falesha, a woman who has been cyber-bullied by “Jacqueline” for years and throughout high school. Jacqueline had been stealing her photos for six years and using them to ruin her online reputation. Falesha, determined to track the “copycat catfish” down, seeks out assistance from the Catfish crew.

After some in-depth research, it becomes clear that Falesha isn’t the only victim of Jacqueline, and one of those victims shares that Jacqueline is actually Tracey. In an even weirder twist, Tracey, rather than being aloof and evasive, is perhaps the most cheerful perpetrator in the history of the show. Tracey is all smiles, giggles, and has absolutely zero remorse for how she treated Falesha—even going so far as to say that anyone she bullies deserves it.

It is very rare that the Catfish experience results in physical violence, which is extremely surprising given the range of emotions that arise from the distressing reveals. However, Alfred seems to find it therapeutic to unleash his blind fury with a tackle and some playground wrestling. Alfred had only spoken to his online love interest, Adonis, over text, which is already a big red fag. He asks for Nev and Max to help him uncover the mystery.

Alfred learns that Adonis was actually his ex-boyfriend, Antonio, who had created the account to catch him cheating and strung him along for months. After a heated confrontation, Alfred and Antonio decide to remain friends, but in a follow-up, they are seen cohabiting at Antonio’s house. According to Antonio’s Facebook page, he has been in a relationship since 2014, around the same time that he and Alfred got together.

As if Catfish couldn’t get crazier, by Season 4, the reality-based documentary had gained substantial traction and a cult following. Naturally, some viewers would have seen an opportunity present itself solely to be on national television. However, no one ever thought that someone would actually go through with it. When Hundra reaches out to Nev and Max to meet Emily, her love interest, the outcome is one of the strangest yet.

Emily never existed and the account was masterminded by ex-girlfriends Geralyn and Melanie, who claimed to have been roped in to the harebrained scheme by Hundra, who just wanted her 15 minutes of fame on Catfish and to publicly come out as gay to the world. What makes this episode even more sacred is Machine Gun Kelly as Nev’s co-host, who loses his temper when finding out that Hundra had staged the whole thing.

One of the common excuses for catfishing seems to be revenge; everyone wants to make others suffer in the same way they did. Season 7 gifted us with one of the most entertaining and wicked episodes of all time. Twenty-six-year-old Angel wants to find the true identity of Jordan, the man she fell in love with on Tinder. After just five months, the two planned to meet and get married. However, Angel had never spoken to Jordan on the phone nor even FaceTimed with him.

Moreover, Angel’s friend Cece suddenly admitted that she, too, was talking with Jordan and had developed romantic feelings for him. Nev and his wife Laura (the co-host for this episode) had already discovered that the photos “Jordan” had sent to Angel were fake. When the truth comes out, Jordan turns out to be Cece, who, in a jealous rage, wanted revenge on Angel after she repeatedly “stole dudes from her for years” and used her looks to her advantage.

Seasons 2 and 3 featured undoubtedly the craziest of all the Catfish endeavors. There were some real curveballs out of nowhere, but it made for some exciting daytime television. John meets Kelsey in an online chat room and believes that she is “the one” after chatting for months. The two have never spoken offline, but John wants to meet her. After some digging, Nev and Max discover Ellie, the girlfriend of another group member, Adam.

When the dust clears, Adam comes clean and says that he was Kelsey all along, chatting to Ellie on the Kelsey profile to bond with her and manipulating John to steer him away from Ellie. There was a lot to unpack in this episode, especially since Adam finds the mishaps absolutely hysterical and never truly seems genuine even after apologizing and “reflecting” on his actions. Even more messed up, Ellie stays with Adam despite knowing that he catfished both her and John.

Some catfish encounters can never be explained. This is the prime example of an inexplicable episode. There are too many things happening at once when Artis and Jess (actually Justin), meet for the first time face to face. Artis met an attractive blonde online and pursued a romantic relationship, but Jess turned out to be Justin, an internet vigilante that called Artis his “chocolate kiss”, expecting no one to find that gross.

There has been controversy surrounding this episode and how “real” it was, with some claiming that Justin was a hired actor that made the climax much more dramatic than it should have been. Apparently, Justin “catfished” MTV. Still, Justin denied being gay despite wanting to be intimate with Artis and never gave a clear explanation as to why he catfished in the first place. Regardless, he and Nev have some unforgettable conversations.

Last but not least is the Catfish episode that shocked the world. Kind-hearted Danny meets Rosa, an attractive young woman that he sees himself having a future with. When Nev, Max and Danny set out to meet “Rosa”, the fictional sweetheart is revealed to be Jose, who could even imitate a woman’s voice to keep up the act when talking to Danny over the phone. Everyone was just as shocked as Nev and Max when Jose imitated Rosa’s voice and it sounded surprisingly convincing…and downright creepy.

Needless to say, the oddball episode took us on an emotional rollercoaster. Initially, Danny is in disbelief, but after some time apart, he confronts Jose and gives him guidance, even praying for him in a heartfelt moment of forgiveness and reflection. Jose seemingly is enlightened and when Nev and Max check back, Jose is much happier and has given up the catfishing.