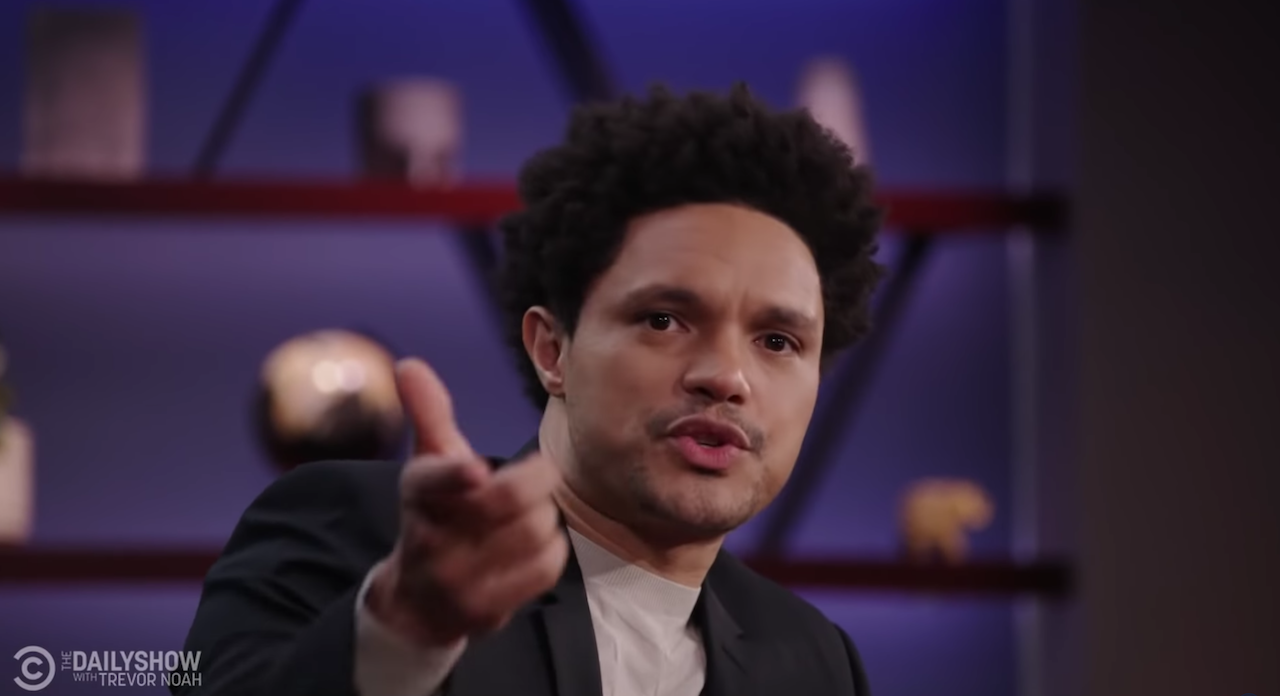 According to an article in Vanity Fair, Trevor Noah is speaking up again regarding the behavior of Kanye West. Last week, Noah, on The Daily Show, addressed the dangers of ignoring the situation between Kanye West and estranged wife Kim Kardashian. His heartfelt plea was heard ’round the world, and considering Noah’s personal connection to domestic abuse, it seems like we should heed his warning.

Noah has started a fundraiser for the National Network to End Domestic Violence, which has already raised over $5,000. You can donate here.

Noah’s latest statement on social media comes on the heels of the announcement that the rapper will not be allowed to perform at the 2022 Grammys because of the racial slurs made against Noah on Instagram after his Daily Show rant. West is nominated for five Grammys this year.

Noah’s suggestion to seek counseling is a call to action for West to get help for his anger issues; Noah’s perspective seems to be that to be canceled for his hate speech on social media could exacerbate West’s already-volatile behavior. Noah’s clear intent is to help Kanye, as his comments — via The Wrap — on the inflammatory Instagram post illustrate.

You’re an indelible part of my life Ye. Which is why it breaks my heart to see you like this. I don’t care if you support Trump and I don’t care if you roast Pete. I do however care when I see you on a path that’s dangerously close to peril and pain.

Don’t ever forget, the biggest trick racists ever played on black people was teaching us to strip each other of our blackness whenever we disagree. Tricking us into dividing ourselves up into splinters so that we would never unite into a powerful rod. ✊🏽.

Noah’s encouraging words come at a time when West is probably still reeling from the news of his being banned from the Grammys, hopefully he will take them in the spirit they are said.