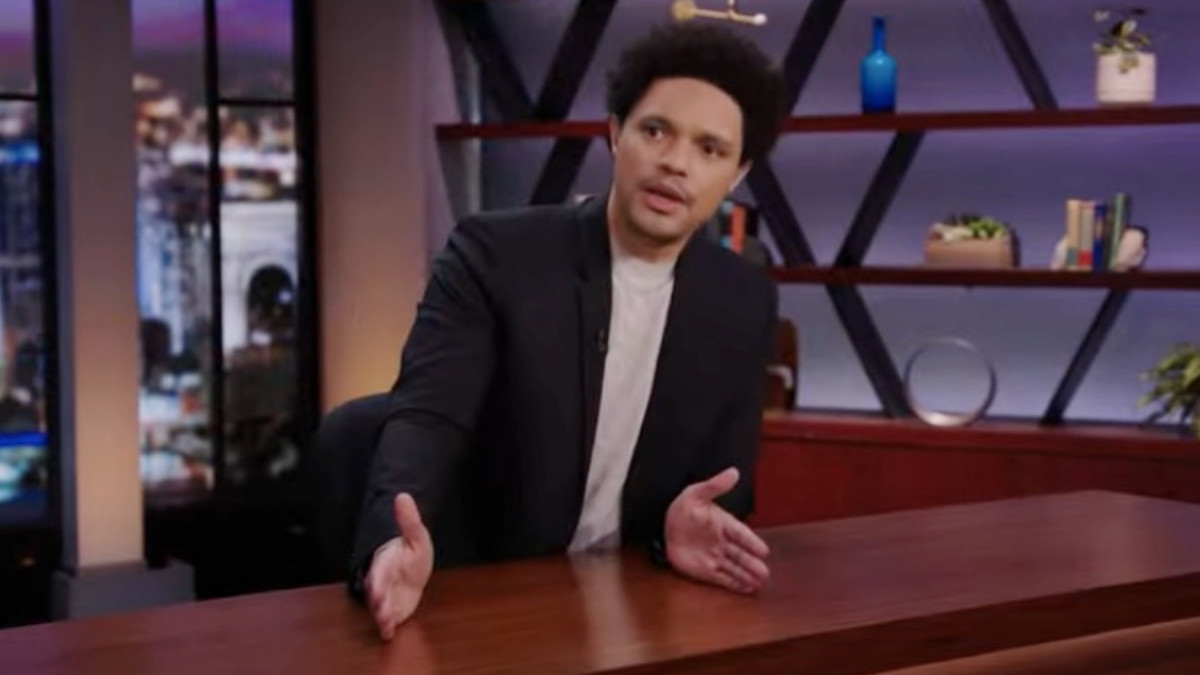 Kanye West launched a shocking attack directed at Trevor Noah on Wednesday, the day after the Daily Show host gave an unscripted monologue warning people not to take the rapper’s ongoing harassment of his former spouse Kim Kardashian and her boyfriend Pete Davidson so lightly.

“I know everyone thinks it’s a big marketing stunt — oh, look at the coincidence, Kim is launching a new show,” Noah somberly told his audience. “Two things can be true, Kim likes publicity, Kim is also being harassed. Those things can be happening at the same time.”

“Because I’ll be honest with you, what I see from the situation, I see a woman who wants to live her life without being harassed by an ex-boyfriend, or an ex-husband, or an ex-anything.”

Noah said that while we may have reasons not to like Kardashian for a litany of minor offenses, what she’s going through is legitimately terrifying to watch and that it adds a spotlight on what so many women go through when they choose to leave an abuser.

“What we’re seeing is one of the most powerful, one of the richest women in the world, unable to get her ex to stop texting her, to stop chasing after her, to stop harassing her,” the 38-year-old continued.

Noah then recalled his own upbringing in an abusive household, from about ages nine to 16, and how often he observed people tell his own mother that she was overreacting. However, years later, as he went on to explain, one day he got a call from his brother that his mother had been shot in the head by his stepfather.

Incredibly, she survived the attack, as the bullet went through the base of her head and somehow avoided the spinal cord, brain, and all major nerves and blood vessels before exiting and leaving minor damage to her nostril.

“As a society, we have to ask ourselves questions,” Noah concluded, near the end of his monologue. “Do we wish to stand by and watch a car crash when we thought we saw it coming? Or do we at least want to say, ‘Hey, let’s slow down, let’s all put our hazards on, ’cause there’s a storm right now and some shit might go down.”

Given the personal nature of Noah’s story, one might think that would even give the reckless ‘Ye some pause. All hopes of that were dashed, however, when West shared a screenshot of Noah’s Google results in an Instagram post.

Though the 44-year-old quickly deleted the post — or more likely, his extremely overworked PR team did — it seems to reinforce Noah’s concerns that West is unhinged and heading down a dangerous path.