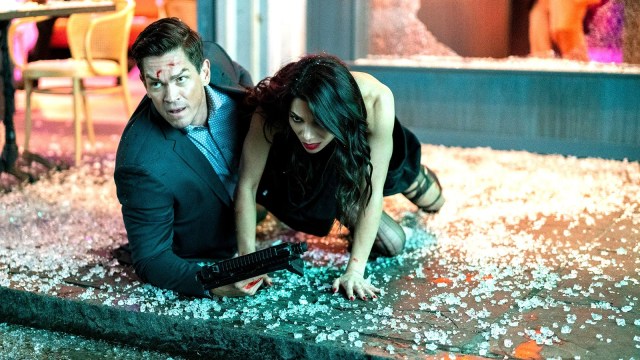 James Cameron’s True Lies is one of the best action blockbusters to emerge from the truly glorious decade that was the 1990s, with the director delivering his most fun-filled and light-hearted feature to date, backed by a winning blend of practical effects and cutting-edge CGI, bolstered by one of Arnold Schwarzenegger’s best-ever performances and Jamie Lee Curtis on Golden Globe-winning form.

Any attempts at a sequel were ended when Cameron decided that he would instead crank out one new movie every decade and a half, but an episodic reboot is on the way. Nobody asked for it, but we’re getting it anyway, with Steve Howey and Ginger Gonzaga stepping into some pretty big shoes as Harry and Helen Tasker V2.0.

The series was officially picked up by CBS earlier this year, and in a recent interview with ScreenRant to promote Netflix’s vampiric action comedy Day Shift, Howey explained why his True Lies is worthy of your time and attention.

“I’m very excited, I feel like Day Shift has been a great training for the stunts, right? To know what my body has to do and get into it, a little less muscle and more flexibility. I have to go out to Atlanta, it’s shot in Atlanta, I’m gonna be out there for a few months, four months, five months, whatever it is and I’m just excited.

We’re not going to do the Arnold Schwarzenegger, Jamie Lee Curtis movie, it’s a classic, that stands alone. We’re doing something else and we’re doing our own thing, but that’s based in that system. We got a great cast, Ginger Gonzaga plays the Jamie Lee Curtis character, Owen Miller plays the Tom Arnold character. And then our showrunner did — remember that show on USA? [Burn Notice] A really underrated show.”

Episodic reboots of beloved movies have been hit-or-miss to put it lightly, so we should reserve judgement on True Lies until it makes the airwaves, even though the cause for skepticism is entirely well-founded.