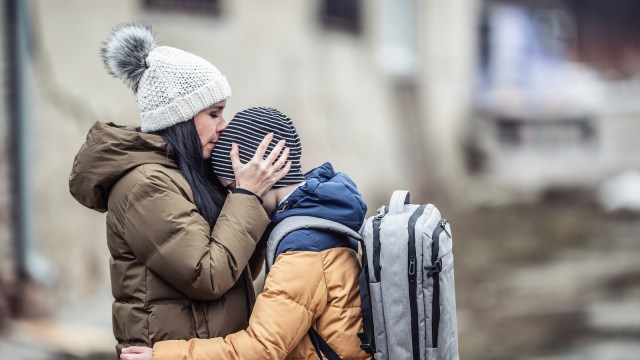 War is hell. All know so, and conflict is often a pathway to extraordinary stories that capture the best and worst parts of the human condition. One is going on right now in Ukraine, and creatives are setting up a project to tell the stories of those there.

Today Deadline Hollywood reports Red Arrow Studios International and FILM.UA are working on a project titled Those Who Stayed about the early days of the unprovoked Russian invasion. It will showcase the work of one Ukrainian filmmaker per episode, and Koza Nostra writer Anastasia Lodkina will be showrunning. There will be elements of comedy as well as drama, and producers Anna Eliseeva and Kateryna Vyshnevska say it will look at how people re-discover the self in strife, too.

The project does not have a release date set as of this story’s filing, and its structure will have characters in one episode cross paths with characters from another to present a tease of what will come next. The piece also aims to look at why many stayed in Kyiv when the war broke out, as official estimates have found about one-in-two people stayed in the capital of the ravaged nation.

The war in Ukraine has impacted scores of people, and over six million have fled to other countries. If you would like to lend your support to those in need, donations can be given to the International Rescue Committee as well as a number of other charitable groups.