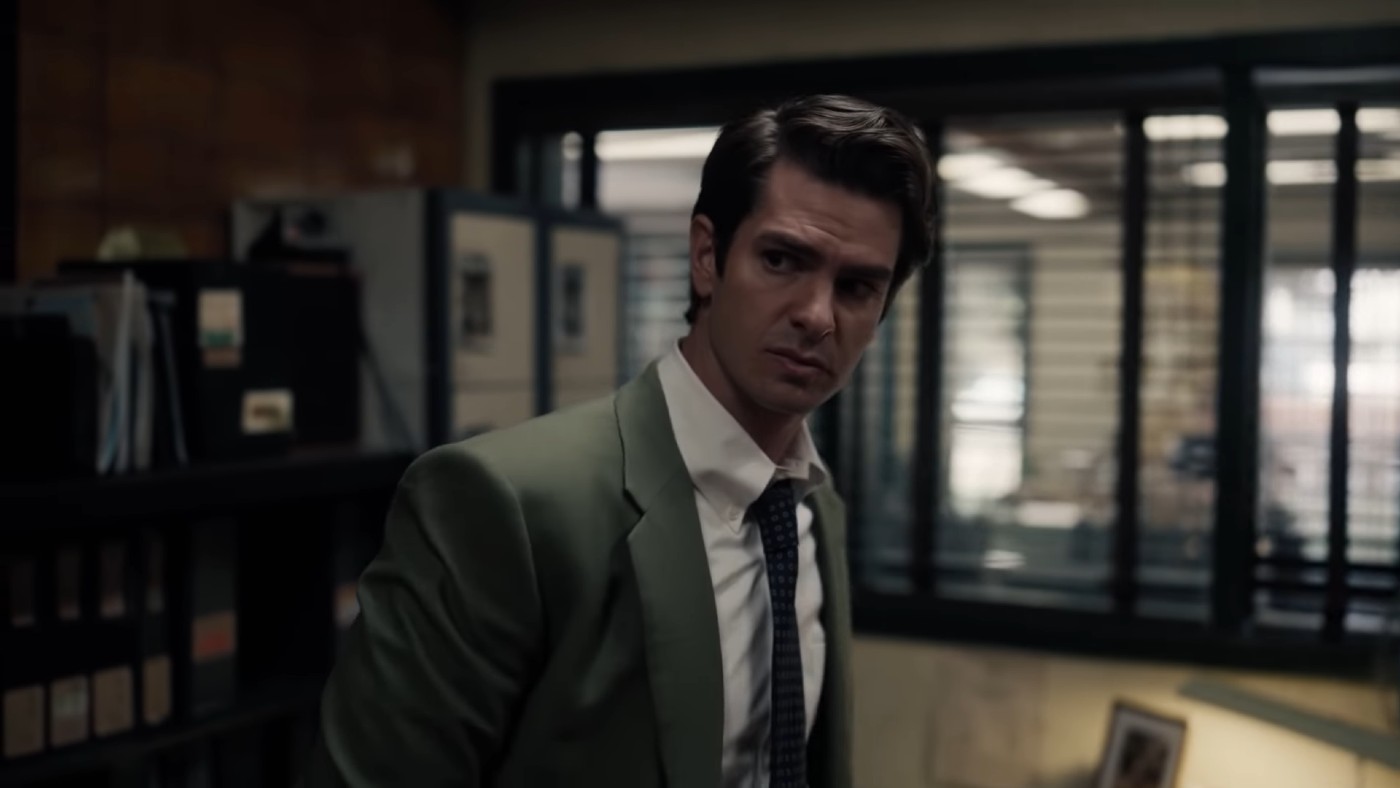 Andrew Garfield had a stellar 2021 outing with his portrayal as Jim Bakker in The Eyes of Tammy Faye, Jonathan Larson (for which he was nominated for an Academy Award) in Tick, Tick… Boom!, and his return as Spider-Man in Spider-Man: No Way Home. Now, he’s back just a few months later to star in the Hulu miniseries Under the Banner of Heaven. Reviews have already started to pour in ahead of its release date.

The series comes from Academy Award-winning writer Dustin Lance Black based on Jon Krakauer’s true crime bestseller about a murder in a small Mormon community during the 1980s.

Angie Han from The Hollywood Reporter calls the series a “gripping murder mystery” that asks hard questions on “not just who did but why, why and why again that turns it into something bigger — something more complex, more thoughtful and ultimately far more unsettling.”

Meghan O’ Keefe of Decider tweeted out, “I’ve been quite enjoying UNDER THE BANNER OF HEAVEN, even if it’s got a pacing/info dump problem.”

O’Keefe’s issues stem from the series’ distracting “on the nose” Mormon history exposition that she describes as “Sunday school lectures.” However, despite her critiques, she did have high praise for the series overall, saying,

“Under the Banner of Heaven turns Krakauer’s sprawling look at the roots and evolution of Fundamentalist Mormonism into a well-made detective drama. It’s not as transcendent as its source material, but it is a gripping watch, full of fantastic performances and horrifying reveals. Andrew Garfield fans will be thrilled, crime junkies will be hooked, and religious sorts might find themselves shaken.”

Garfield fans will be pleased to hear that once again, his performance is being praised by a number of critics. Consequence tweeted, “Andrew Garfield gives a compelling performance that serves as the true-crime thriller’s emotional centerpiece.”