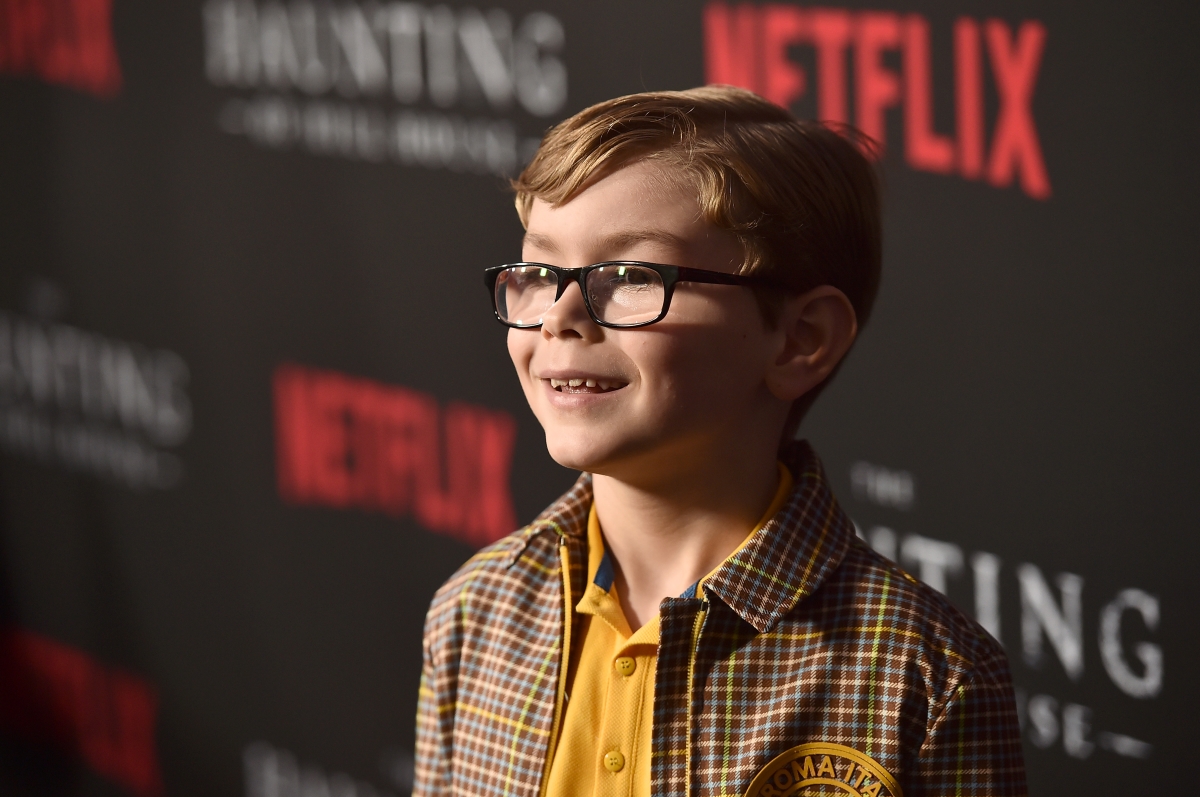 After Kat Dennings marked the WandaVision anniversary by posting a wardrobe malfunction selfie on Instagram, another star has joined the celebrations. On January 15, WandaVision aired its first two episodes — “Filmed Before a Live Studio Audience” and “Don’t Touch That Dial”.

Starring Elizabeth Olsen as Wanda Maximoff/Scarlet Witch and Paul Bettany as Vision, WandaVision sees the titular duo as newlyweds that move to the quaint town of Westview in a black-and-white 1950s setting. They attempt to fit in with society and culture, despite Wanda’s powers and the fact that Vision is an android. They meet Agnes, played by Kathryn Hahn, and their idyllic life slowly falls apart.

An up-and-coming young actor, Hilliard portrayed a younger version of Luke Crain in The Haunting of Hill House and David Glatzel in The Conjuring: The Devil Made Me Do It. In honor of WandaVision, Julian posted set photos to his Twitter account, showing off his director’s chair with “WandaVision” and Billy” imprinted on both sides. He captioned the images: “Happy ONE YEAR ANNIVERSARY to @wandavision 🎉🎉🎉 This was a dream come true for me and I’m grateful for all of the love and support!”

As of yet, Hilliard does not have any upcoming projects, but it can be assured that audiences have not yet seen the last of him.

Watch all eight episodes of WandaVision on Disney Plus.