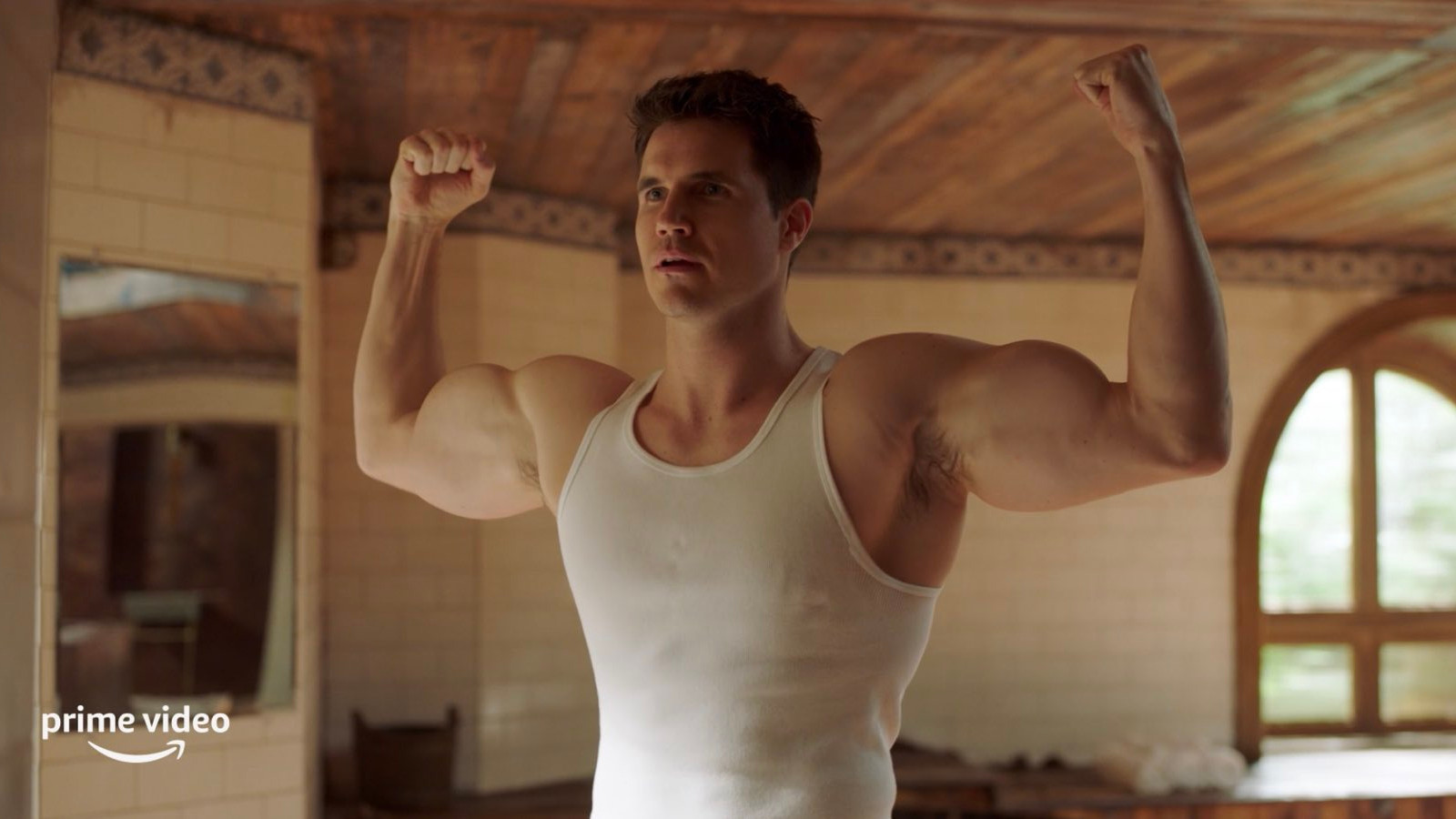 The Upload season 2 trailer is packed with technology-based humor and the perils of romance in a virtual world.

In the trailer, Nathan Brown (Robbie Amell) is back in his digital afterlife, known as Lakeview, and dealing with love issues. His potential relationship with Nora (Andy Allo) has seemingly ended, as she’s moved on with another man, and Nathan is clearly bothered by this. The emotionally unstable Ingrid (Allegra Edwards) is attempting to better herself through therapy, but in true Upload fashion, she becomes distracted as her therapist digitally transforms into a dog while rattling off Ingrid’s list of issues.

In season 1, viewers first meet Nathan in a future where humans are (even more) reliant on technology. After he dies in a self-driving car accident, his rich girlfriend, Ingrid, pays to have his personality and memories uploaded into an afterlife service known as Lakeview, where Nathan quickly learns that not all is as it seems.

While dwelling in this blissful paradise, Nathan is forced to confront uncomfortable truths about his previous life, his relationship, and whether he can change as a person. Nora, his customer service representative, bears responsibility for maintaining his reality, and over time they begin to develop feelings for one another.

In the finale, Ingrid gives up everything and uploads herself to be with Nathan, but many questions linger regarding whether or not she killed herself to be with him, or if she found some other way to enter Lakeview. Based on the trailer, her actions have apparently won Nathan over, and they’re together again.

Upload is from Greg Daniels, co-creator of The Office and Parks and Recreation, and while it has its share of laughs, it’s not all lighthearted fare; it manages to blend humor with a dose of sci-fi commentary, as it illustrates the dangers of a technology-obsessed society.

In season 2, it seems as if the series will tackle themes of power and privilege. Customer service reps Nora and Aleesha (Zainab Johnson) are back at their jobs, dealing with wealthy “Karens,” who have access to their service while less fortunate people don’t. The reps plot to “take this place over,” believing that their service should be accessible for everyone.

Plug into season 2 of Upload when it premieres on Amazon Prime Video March 11, 2022.