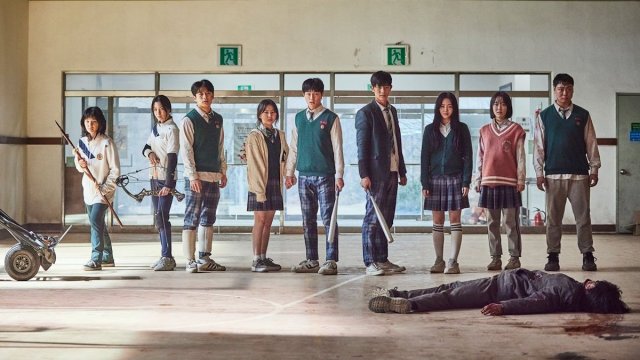 The first season of Netflix’s All Of Us Are Dead was a rollercoaster, one that killed off a huge number of characters before it ran its final credits.

Seriously. A massive amount of characters.

Like any zombie show, All Of Us Are Dead was absolutely rife with carnage, and it didn’t shy away from targeting members of the main cast. That’s leaving audiences confused as to the cast list for season two, with many of the season one favorites already dead and gone. Are we likely to see some decaying faces return in season two, or will the follow-up season sport mostly new faces?

Warning: The following article contains spoilers for season one of All Of Us Are Dead.

What characters will return in All Of Us Are Dead season two?

The first season of Netflix’s unique zombie show hit the ground running, and hardly slowed down over its 12-episode run. The show follows a group of high school students fighting to survive after a failed experiment sparks a zombie outbreak. The zombies in this show change fast — and we mean fast — and, even badly injured, they are able to move at remarkable (and terrifying) speeds.

The show, like most zombie releases, quickly kills off a massive number of characters, leaving the main cast stranded in a zombie-drenched nightmare. Hyosan High School is almost immediately overwhelmed, and the remaining characters are left to survive while utterly — and constantly — surrounded by their flesh-hungry former classmates. Soon, main characters begin to drop off, as betrayals, mistakes, and bullies slowly kill them off.

Except for a few. The well-liked main cast is largely left to dismemberment by the zombie horde, but a few characters experience a different fate. One of the first season’s most prominent characters — and, in many senses, the show’s main villain — loses his life to the zombies, but somehow manages to avoid becoming an ambling corpse. Instead, he evolves into something new: a super-powered, immortal undead creature that boasts control over the mindless horde around him. It’s a fun twist on typical zombie fare, and could mean that several characters viewers thought were gone for good could be making a return.

An announcement for season two of All Of Us Are Dead included several members of season one’s cast, including — importantly — Yoon Chan-young, who played the show’s protagonist, Lee Cheong-san. Viewers who watched season one will well remember that Cheong-san died at the end of the first season, after being bitten and sacrificing himself to save his friends. His bite came from a very specific zombie, however, and some viewers think this harkens a return. Pair this with his inclusion in the promo for season two, and theories that Cheong-san is set to return are seeming rather likely.

Cheong-san, like Nam-ra, is bitten by Yoon Gwi-nam, the first season’s main antagonist. A former bully with truly sadistic tendencies, Gwi-nam makes it his goal to hunt down and kill Cheong-san, blaming the other teen for his own death. He eventually manages to bite both members of the main cast, but Nam-ra — who is bitten far earlier — shows signs of evolution, much like Gwi-nam and Min Eun-ji. Nam-ra returns in the first season’s final moments to reassure her friends that she is doing all right, and that there are “others” like her out there.

There is a strong possibility that one of these “others” is Cheong-san. His connections to the others — and his heroic death — could certainly indicate that the character is not done for good, but if Cheong-san survived, it presents a chilling potential: that Gwi-nam also pulled through. The character was practically immortal, after all, and he and Cheong-san’s bodies were shown at the end of the season together. It’s fair to assume that if one survived, the other did as well.

It’s all but guaranteed that all of the surviving members of the cast will return for a second season, so — despite a lack of concrete confirmation — we can confidently say that Nam On-jo (Park Ji-hu), Choi Nam-ra (Cho Yi-hyun), Bare-su (Lomon), Yang Dae-su (Im Jae-hyuk), Seo Hyo-ryung (Kim Bo-yoon), Jang Ha-ri (Ha Seung-ri), Park Mi-jin (Lee Eun-saem), and (hopefully) Yoon Chan-young will return to the show. Supporting actor Lee Kyu-hyung (Song Jae-ik) will also likely make a return.

A few new members are also likely to join the cast of season two, with so many favorites from season one now either ash or part of the remaining zombie horde. Viewers aren’t sure what to expect from the second season, but with so many beloved characters making a return, its all but guaranteed to be worth a watch.

This article will be updated with a concrete cast list once one is announced.