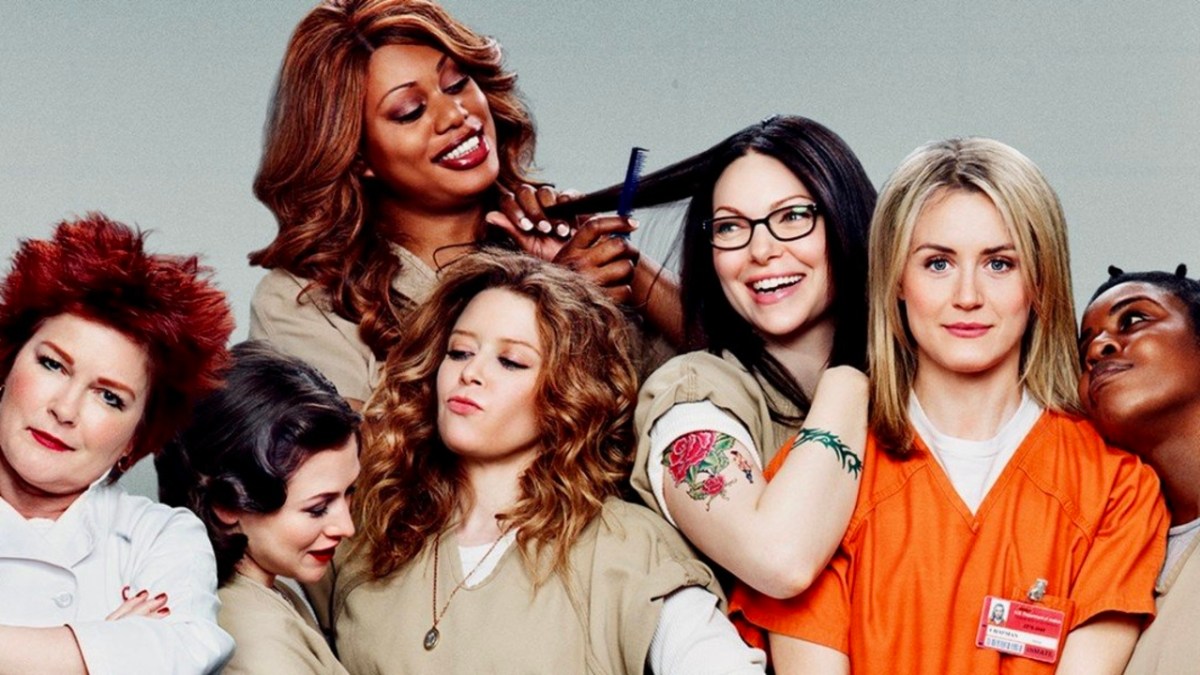 It has been what feels like ages since Orange Is the New Black’s seventh and final season aired in July 2019. The popular comedy-drama dug into the lives of several characters in a minimum-security prison and introduced a variety of intriguing characters that viewers and critics couldn’t get enough of.

Throughout its run, the series received critical acclaim and scored several awards  and nominations. It showed the more human side to many of the inmates and staff members of the prison, and tackled several major issues including: race, sexuality, and religion, and boasted a wide range of characters.

There are way too many cast members in the series to dive into, but here’s what some of the show’s main characters are up to these days.

After gaining mainstream fame for her lead role as Piper Chapman, Taylor Schilling has continued to keep a low profile, and has starred in only a handful of projects since the series’ conclusion. She starred as Erica Boyer in the mini-series Pam & Tommy, which was released earlier this year in February, and is set to join Colin O’Brien and Connie Britton as Aunt Lacey in the upcoming Apple TV Plus drama, Dear Edward. She revealed in 2020 that she was dating musician Emily Ritz.

The popular actress is no stranger to the limelight ever since her rise to fame as Donna Pinciotti in the sitcom That ‘70s Show. In Orange Is the New Black, she took on the role of Alex Vause, Piper’s “prison wife.” In 2016, she co-wrote a wellness book titled The Stash Plan with nutritionist, Elizabeth Troy. Since the book was published, she has expanded her cooking career by creating content for instructional videos and sales of her own line of kitchenware called PrepOn, online. In 2023, Prepon is set to have a guest appearance in That ‘90s show, the upcoming spin-off of That ‘70s Show.

Uzo has been up to quite a lot after gaining widespread acclaim for her role as Suzanne “Crazy Eyes” Warren, a performance that earned her an Emmy Award for Outstanding Guest Actress in a Comedy Series in 2014, and the Supporting Actress in a Drama Series in 2015. She was cast in the historical mini-series Mrs America as Shirley Chisolm in 2019, taking home yet another Emmy Award, this time for Outstanding Supporting Actress in a Limited Series. She also starred in several series and films, including: Beats, Miss Virginia, In Treatment, Lightyear, and more. She scored a Tony Award nomination for her performance in the play Clyde’s on Broadway. In addition to acting, Uzo is also a minority investor in Angel’s City FC and the team has started playing in the National Women’s Soccer League.

In Orange Is the New Black, Natasha Lyonne played the role of Nicky Nichols, the struggling addict from a privileged home. She has starred in several prominent projects, including: Honey Boy, Ad Astra, Irresistible, The United States vs. Billie Holiday, DC League of Super-Pets, and more. She currently stars as Nadia Vulvokov, the lead character in the acclaimed Netflix drama, Russian Doll, which she also executive produces. Lyonne announced in early 2022 that she and her boyfriend, actor Fred Armisen, had split up after being together for eight years.

One of the series’ fan favourites, Samira Wiley starred as Poussey Washington, a character whose impact transcended far above the screen. In 2017, the actress married Lauren Morelli, a writer for Orange Is the New Black, and they had their daughter in April, 2021. After her departure from the show, due to her character’s death in the fourth season, Wiley was cast in the popular Hulu dystopian drama, The Handmaid’s Tale and won the Emmy Award for Outstanding Guest Actress in a Drama Series in 2018.  She has lent her voice to notable projects as well, narrating the Netflix nature documentary Night on Earth, and starring as Alani Davis in the animated series, Blade Runner: Black Lotus.

While many know her as “Red”, the controlling and passionate Russian motherly figure in the series, actress Kate Mulgrew is also a Star Trek alum as Captain Kathryn Janeway. Since the conclusion of Orange Is the New Black, Mulgrew has starred in the series: The First Lady, The Man Who Fell to Earth, Dogs in Space, Infinity Train, among others. She reprised her role as Captain Janeway in Star Trek: Prodigy. Mulgrew is an active member of the Alzheimer’s Association National Advisory Council.

A formidable force in the transgender community, Laverne Cox became the first transgender person to be nominated for a Primetime Emmy Award for her role as inmate Sophia Burset. One of the most popular stars in the series, Cox’s career has refused to slow down. She starred in the popular films: Promising Young Woman, Jolt, and Bad Hair, and was a series regular in the hit Netflix miniseries, Inventing Anna. Cox continues to use her influence to raise awareness of issues transgender people face, and is regarded as an icon in the LGBTQ+ community.

The role of the character Big Boo, who was also a fan favourite, was played by the phenomenal Lea Delaria. She took a break from Broadway, but returned in 2022 in the comic play titled POTUS: Or, Behind Every Great Dumbass Are Seven Women Trying to Keep Him Alive, and earned critical acclaim for her performance. She was also the voice of Molly Yarnchopper in the Kipo and the Age of Wonderbeasts, which has consistently garnered rave reviews.

Selenis played the role of the character Gloria Mendosa, a protective friend and motherly figure to many of the inmates. She has since played major roles in films like Shadows, Breaking, and Creed III. For television she was cast in the comedy-drama series Diary of a Future President, which premiered in January, 2021 and was cancelled after two seasons.

Danielle Brooks may have been thrust to fame by starring as the hilarious, yet emotional Tasha “Taystee” Jefferson in Orange Is the New Black, but the actress continues to shine in her other projects. She has gained a host of new fans by starring as Mahalia Jackson in the biopic, Robin Roberts Presents: Mahalia, and Leota Adebayo in the hit superhero series Peacemaker alongside John Cena. She earned a Tony Award nomination for her role as Sofia in the stage adaptation of The Color Purple, and will star as the character again in the upcoming film set for a December 2023 release, and starring Fantasia, Colman Domingo, Taraji P. Henson, H.E.R, Ciara, Halle Bailey, and more.

A champion advocate for immigration reform, Diane Guerrero is another notable face who has continued to score great roles after her role as inmate Maritza Ramos in Orange Is the New Black. She is the author of the memoir, In the Country We Love: My Family Divided, which details her experience being separated from her deported parents as a teenager. She joined an ensemble cast in the acclaimed Disney animated film Encanto, where she voiced the role of Isabela Madrigal, and is currently starring as Jane in the HBO Max superhero series, Doom Patrol.