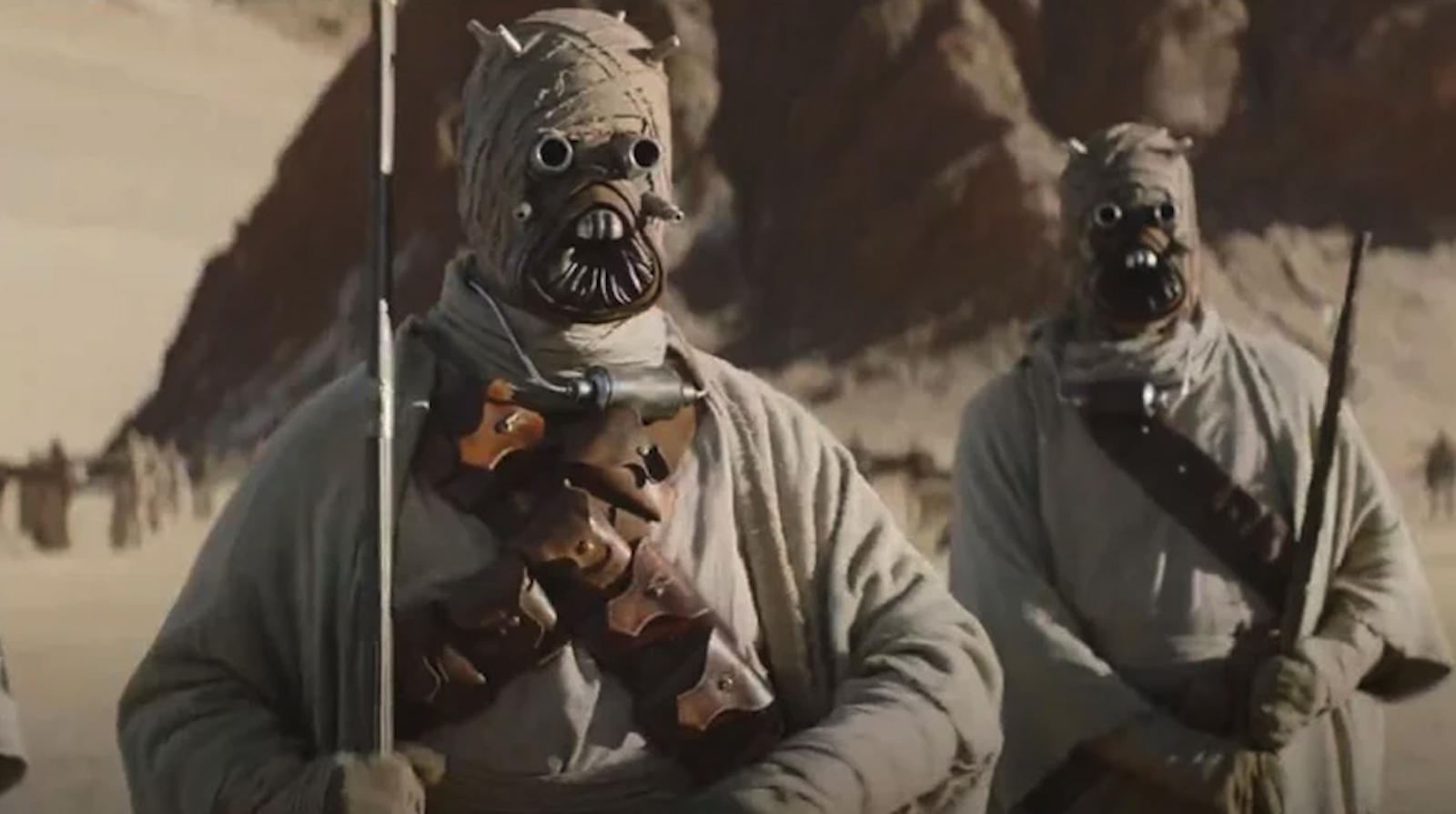 The Tusken Raiders are some of the most iconic creatures in the Star Wars universe. First seen in the first Star Wars movie, the beings have made hundreds of appearances in Star Wars media and become some of the most well-known aliens in the franchise. However, one of their newest appearances saw them use a new form of sign language that has captured the internet’s imagination.

When Did The Tusken Raiders Use Tusken Sign Language?

The Tusken Sign Language was first seen in Season 1, Chapter 5 of The Mandalorian, titled “The Gunslinger.” However, it wasn’t until the first episode of Season 2, titled “Chapter 9: The Marshal” that the new language caught the internet’s collective attention.

After the episode was broadcast, several viral tweets spread across the internet. These tweets drew attention to the backstage situation that led to the language being developed. And this led to many people looking into the fascinating development of this element of the series.

Tusken Sign Language was developed by Troy Kotsur, a deaf actor who won his first Oscar this year. In an interview with The Daily Moth, Kotsur explained that the script mentioned that the Raiders would communicate using some form of sign language. However, a hearing member of the production team said that a deaf person should be brought on to consult about the topic.

Thus, Troy Kotsur (who also played one of the Raiders seen in the episode) was brought in to consult and develop the language the Raiders used to communicate.

During the interview, Kotsur shares the Tusken sign for Mandalorian. Saying that “it’s based on the helmet and the “M” handshape.” Kotsur ends the interview by saying:

“I hope that you keep telling Disney + that you want to see more sign language. I hope that the producers keep an open mind because this is just the beginning.”

Currently, there is no complete guide to Tusken Sign Language. Like other fictional languages, internet users have quickly tried to translate the language.

A Facebook group called “Tusken Raider Sign Language” sprung up and quickly acquired over 700 members, all of whom poured over the episode to work out its secrets. So maybe, one day, Tusken Sign Language will become like Klingon, a complete language that can be used to communicate in the real world.