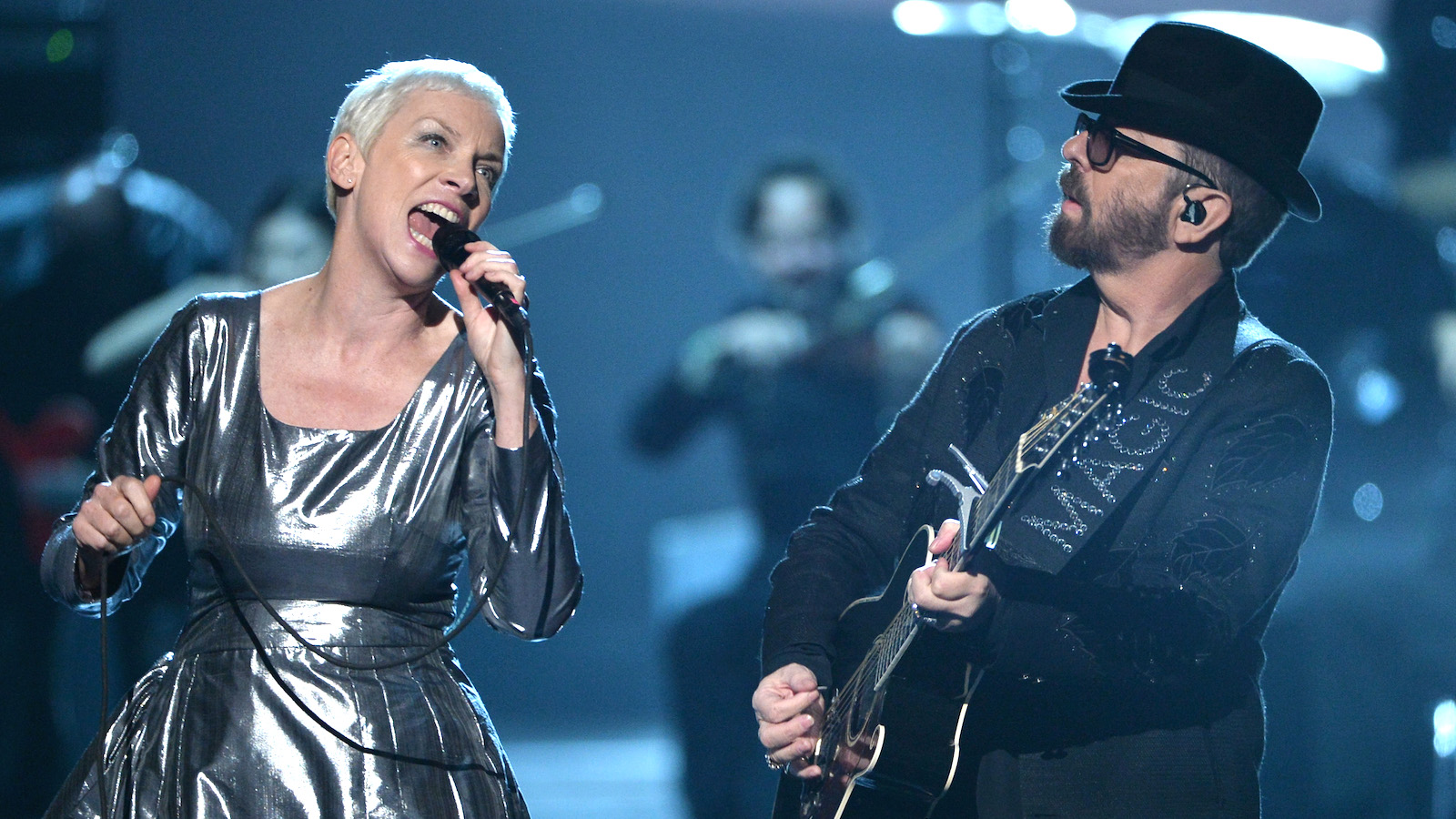 Yet another Wheel of Fortune gaffe has revealed that most people’s memories of the ’80s aren’t all they’re cracked up to be. Contestant Chris Bryant, going in for the win on one of the game show’s song lyrics puzzles, made a common mispronunciation that cost him the win ⏤ even though the word was literally spelled out for him.

The lyric in question was “Sweet dreams are made of this” the chorus of the 1983 single, “Sweet Dreams (Are Made of This)” by UK new wave duo Eurythmics. The song was the breakthrough hit for the band and helped establish singer Annie Lennox and guitarist Dave Stewart as one of the hottest acts of the era. Unfortunately, Lennox’s pronunciation of their signature hit’s lyrics probably cost Bryant a few thousand.

Although the lyric as written is, “Sweet dreams are made of this,” Lennox bends the word a bit to rhyme with “seas,” the last word of the third line in the chorus. It’s a technique known as an “allowable rhyme” and it’s perfectly legitimate in song and poetry. Don’t try it with Pat Sajak, though. Bryant followed Lennox’s cue, pronouncing the line as “Sweet dreams are made of these” and that was deemed technically incorrect ⏤ one of the worst kinds of incorrect.

Although Bryant’s flub may have cost him the puzzle, it definitely won him the support of Twitter. Many users were gobsmacked to find the lyric was not actually “Sweet dreams are made of these” with some even refusing to believe they weren’t.

Unfortunately, the court of public opinion doesn’t count when it comes to The Wheel. Bryant was forced to take the “L” for quoting what he heard rather than reading what he saw. All ended well in the end for him, though. Bryant advanced to that day’s bonus round and took home $26,405 worth of prizes.

Still, maybe he should get a letter of consolation from Annie and Dave.